Phil Burgess Looks Back On A Fantastic Career 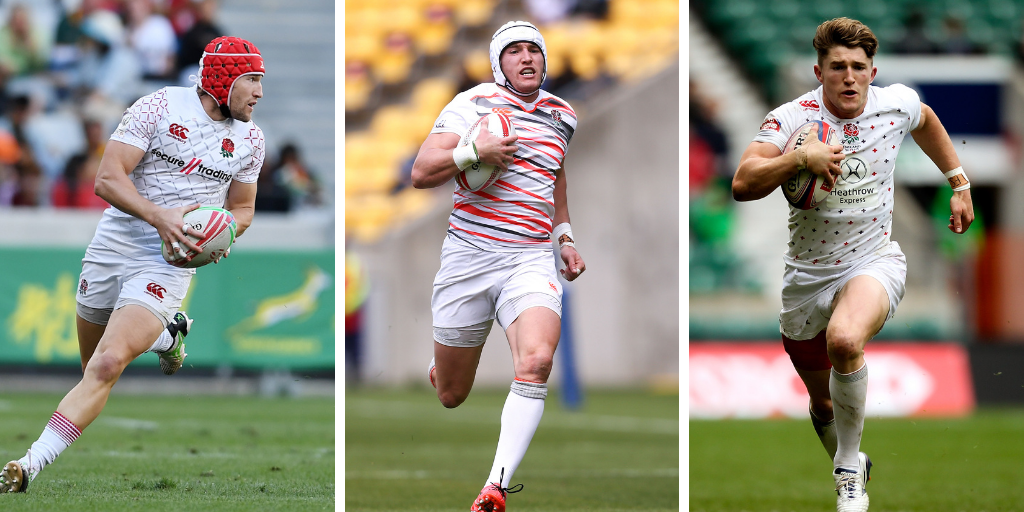 From starting his career at Cornish Pirates, to becoming a constant fixture in the England Sevens set up, Phil Burgess has become an integral part of the England Rugby landscape both on and off the pitch. Following his retirement announcement last week, the RPA spoke to Phil on his reasons behind the decision, what he will miss the most and his standout memories.

How has the response been since the announcement on Friday?
It was a big moment for me and my family, but I didn’t realise how many people wanted to get in contact. I hadn’t really expected it if I’m honest. I had been focused on the effect the decision would have on myself and the benefits of my family, so it was incredible to see how people reached out. Guys that I hadn’t spoken to in a long time, from my Cornish Pirates days, over 7/8 years ago, University, even the younger club rugby times. Whenever I would go to a tournament these are the people I would speak to and I guess instead of seeing a few people at different tournaments, it all concentrated into the same day in terms of messages, so was a bit overwhelming but in a lovely way. Took me a bit by surprise really.

What were the key factors in making your decision?
The Olympics in Tokyo was always going to be my last hurrah. If I were to be selected it would be incredible to go out at the top of my game. Then, alternatively, if I didn’t get selected I knew I wasn’t good enough to play at the top level anymore so I could retire feeling content. As with everybody’s year last year, Covid turned everything upside down and my situation in life and in rugby changed. I had to come to terms with the fact that I wasn’t going to go to an Olympic games and there was no guarantee we would be going a year later .

Our funding did get secured in December, which was brilliant, but in that time my wife and I had had another baby. I’ve got a little boy Bertie who is 2 and a half now and my wife said we could wait to see what happened with the Olympics before trying for another, but I knew I didn’t want to put our lives on hold, just because of the potential of rugby. I didn’t want to put that on Fran and then end up regretting it. When the funding was announced, all the unions had to agree on a programme moving forward which was financially viable, a central location and Covid safe. The decision was ultimately to have a camp based set up which meant I would be committing a huge amount of time away from my family, which I obviously understood was necessary due to Covid and playing a bit of catchup.

The way that I gain my confidence before a game is knowing that I have done everything I can both on and off the field. In terms of the gym work, preparation, rehab and analysis. That is my mental process to give me confidence - I have left no stone unturned. I just knew with the situation as it was, it was going to leave me in a position where I would potentially not be the best that I could be, not only for my family but for the team. Maybe at 80% I could still go and be effective, but I wouldn’t be the best player that I could be for those boys, those guys that I care about a lot and love to do well for. Fran would never have complained about it, but it was more my mental position. I was coming home and not being present, the father and husband I wanted to be, trying to force everything in.

When I come back to my values and what’s important in my life it was an easy decision to make. Understanding where I was with everything. I was very fortunate to have a very successful career, played with some amazing guys and this was one step too far and it is somebody else’s opportunity now to take that forward.

Was there a sense of relief to know that chapter was now closed?
100%. That’s exactly what it was, it was relief. The stress and strain it was putting on my family life and then the stress I would put on myself on wanting to perform. It sounds silly but I need to do the analysis, I need to look at how I train to help us be in the best shape possible and I’d find myself not being able to do what I wanted to do, it was a vicious cycle. In terms of decision making, it was completely my decision. The 7's team I have been in for the last eight years is an incredibly tight group. We used to do a lot of open, honest discussion, we were great around those sorts of aspects and the trust we developed. Those discussions and relationships epitomize my decision because I respect those guys so much, I wouldn’t ever want to take the field half-baked and not be able to do what they expect me to do - and that’s the respect I have for them. That sort of teamship was built into the Sevens ethos. We genuinely love and care about each other, which played an important part into the decision as well.

What will you miss the most?
Two things: I’ll miss the people, the day-to-day banter with your teammates and that level of camaraderie, there’s nothing quite like that changing room environment. I’ll also miss the competition. We played in some amazing stadiums, phenomenal tournaments in front of sold-out crowds. The team and the competition, two good things to miss, it shows that I liked what I did which is very fortunate.

What would be a standout memory in your career?
An iconic moment for me was when we played New Zealand in the final at Hong Kong. We’d lost the game and were doing a lap around the pitch. In Hong Kong they have something called a black storm where it goes from day to night very quickly, then the heavens opened. At the same time, I was watching the Kiwis doing their celebratory haka. I just remember thinking this is a pretty incredible moment I am witnessing and feeling very lucky. I was also very fortunate to play at Twickenham the year’s where it was sold out. Again, we played New Zealand, we beat them with the last kick of the game on that Saturday afternoon in front of 88,000 which as a youngster was amazing. The last time at Twickenham I earnt my 50th cap and my mum and dad, wife and Bertie came to the shirt presentation at the stadium which was really special.

You took up the post of Vice Chair of the RPA in 2018, what made you want to get involved with the RPA?
When I came up from the championship, I wasn’t really aware of what support the players had. When I came on board with the Sevens I spoke to Rob Vickerman about it and he told me about what the RPA did and he suggested it was a route I should look into. That first year gave me a real opportunity to understand the rugby environment, the 15s and the professional game, but then also trying to share thoughts from our group of players (Sevens), as we were probably not as well represented on that board as we could have been previously. It snowballed from there. With age and responsibility, you start to realise you can make a difference and your voice does matter. I always found with the RPA that they were always willing to help and do the hard work, because they are player driven. Sometimes it just needs to be the players who come with the ideas and share what they want to focus on and incorporate. With Christian (Day) and Lambo (Mark Lambert), I always had the upmost respect for them because the work that they would do was incredible.

The least that I could do was look at how the players could benefit, whether that be mental health, which was a massive area for our squad, which has been a huge focus for the RPA in recent years. The key is to get the buy in from the players and it is something I am still passionate about now. The players are the most important thing, without them there is no game. Knowing what the RPA and its leading figures have done and comparing it to other unions around the world, they’ve done incredible work and consistently punched above their weight.

What advice would you give to the new Chair and Vice Chair, Ethan Waller and Jake Cooper-Woolley?
Always keep an eye and an ear out to what is going on in your environment. What are the key issues happening for your players and why?  In the Sevens for example if it is mental health, or the difficulties of travelling and training. Remember when you are chatting to players from other teams to try and understand their challenges and situations so that you can really relate to them and establish a strong collective opinion. To have the ability for people to want to pick up the phone to you and allow them to air their thoughts is invaluable. Lambo was fantastic and incredibly involved as he always wanted to know what was happening and how he could help. Therefore, being approachable is key, a quality Ethan and Jake both have in spades. Having a good relationship with the players board plays such a pivotal role in that as then you have a true reflection of what the challenges are at the clubs, which is massively important.

Now you have hung up the boots, What’s next for Phil Burgess?
At the moment I’m taking a little bit of time to figure out my next steps. I will be engaging in some upskilling of myself which previously I wouldn’t have had time to do. I am actually also due to start at Cranleigh School from the 1st August, to start a full time position from the next academic year, which is incredible. I never thought I would go down the schooling route but the opportunity for me to do that now and give back to the kids is great. I dare say currently I am relevant in terms of rugby so in a few years ask me about that, but right now I can give back with regards to my skill set and coaching. I have had some fantastic coaches who have encouraged the players to learn on their own and discover the answers for themselves. Hopefully I can transfer that in the school environment and those players can push forward. I’ll give that everything I can, who knows what will happen in the future.