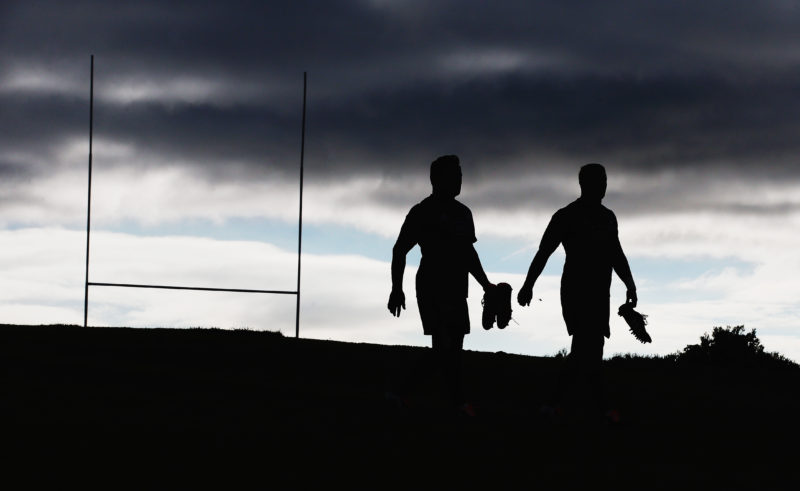 In an exclusive RPA insight, the partner of a former professional rugby player speaks openly about the challenges placed on family, friends and teammates when an athlete experiences the process of transition. This is their story.

2012 was the year he was told his rugby playing days would need to end. Recurrent concussion is not to be taken lightly and hearing from the doctor the risks of playing on were not very nice to hear. Sitting down with me and discussing what he should do was a no brainer, how could he possibly risk playing again? That didn’t stop the feelings of ‘what if’. He was still fit in his body, still training well and most of all still young enough. I personally and selfishly wasn’t ready to stop watching him play; I loved it and so did his little boy. I didn’t really want to say this to him as obviously this was already hard enough to come to terms with. I could see how upset he was, the sadness that fell upon him was incredibly hard to see. He said he was disappointed and felt he had failed as a player. It’s not very often you see him cry and that day he did. You are not prepared for this situation, but I hoped I would be able to support him through it unaware how long it would take.

There was an opportunity that was offered. It was to coach within an academy. This is great I thought, still within the rugby family. He adapted well, working hard alongside supportive staff and really enjoyed it. He started open university (funding was provided by the RPA), I was so proud and pleased for him. He was on a roll.

But during this time and not long after his transition we experienced a turbulent patch, going through a few family heartbreaks. A major moment was when our daughter became critically sick. It was a very worrying and tiring time. We no longer had the chance to discuss the career change and just got on with it. Although it was during this tough time that I noticed how much it had affected him.

I want to make it clear that he has always worked very hard to achieve great things and been incredibly passionate about his job. His dedication is unbelievably admirable and still is. I love this in him. However, after his transition I felt he became more intense and the need to work so hard was to make sure that he did not fail again. This was when it started to affect our family. Finding that balance to be at home and at work became a little distorted. I often had to ask him to switch off, particularly when our daughter was sick. He struggled to cope and focussed mainly on work. I really struggled to understand this, and it put a massive strain on our relationship. When I brought up the issue he often repeated the same phrase ‘I’m worried that I will be out of a job’.

I always assure him that he hasn’t failed and that I never believed that he failed as a player either. I am not sure if he takes this on board, but I always hoped the reassurance would help him.

Another way which I noticed it was affecting him was how much his body image had changed. He is far from vain but very much enjoyed feeling fit and healthy. He no longer trains for a living so has to find time around work to train. With the workload change he struggles to fit this in. He can then get very frustrated and this would affect his mood at home which would then result in him being short-tempered with his family. He bought a road bike and this seemed to help, he had a release, until some thieving sod pinched it. He then entered a marathon to raise money for charity. This again allowed him to keep fit and find a release. He still manages the odd training session now and then, and in my eyes still looks great, but I know he does miss that side of playing rugby.

There is also the social side of rugby which I can see he misses but he has kept close to many of his friends which helps. Also staying in the industry has played a part in helping him.

Now, as a manager / coach I believe he will use this experience to help others in a similar position. He can also make academy players aware of what the future can hold which hopefully can give them some preparation and knowledge to transition smoothly when the time comes.

I truly believe that support in the early stage of transition is important. Players must also prepare before it happens. It will help the player and his family cope and adapt much more easily.

Transition is never going to be easy. It will bring negative emotions, anxiety and stress. The support you have around you is crucial to making it as comfortable as possible. Family, friends and contacts are all there to speak to, so make sure you use them. It’s ok to ask for help, it’s ok to feel uncomfortable not knowing what the future holds beyond rugby. These things can take time and patience is something that needs to be in your mindset. It gets easier, trust me.

For assistance with your transition please contact our dedicated RPA Transition Manager Josh Frape on 07725 142 065 or jfrape@theRPA.co.uk