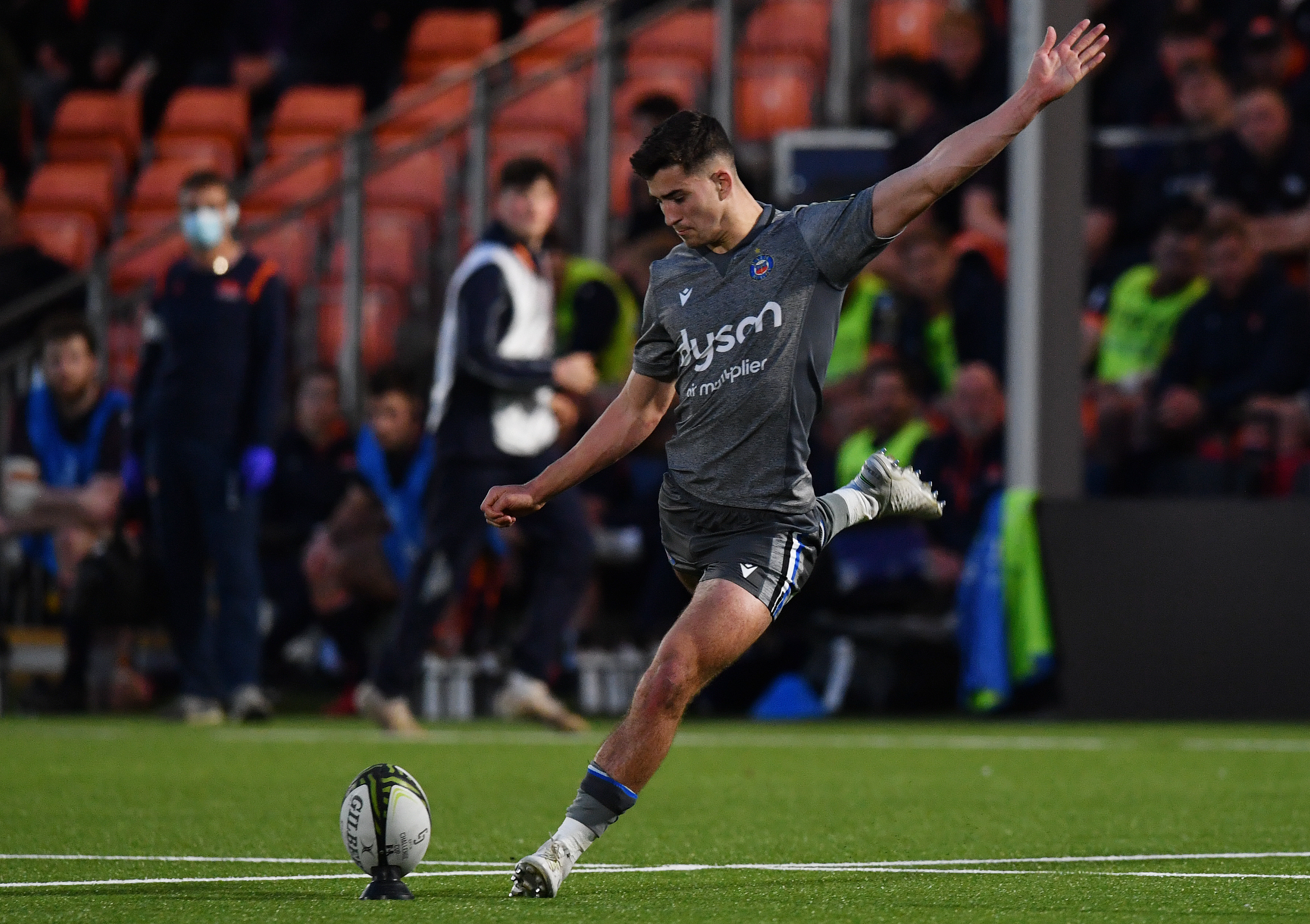 We managed to grab a word with April's 15 Under 23 MVP Orlando Bailey about how it felt winning the award, and talked about his season at Bath...

Congratulations on winning the April 15 Under 23 MVP of the Month, how does it feel winning an award that the fans have voted for?

Yeah, it is really nice. It has obviously been a difficult season at Bath, but it is nice to still have people supporting and recognising that, even though the team hasn't been doing so well, that we are still putting in lots of effort. It has been an up and down season, but it is always nice to have some recognition.

How important is it that there is an award targeting all those younger players like yourself, aged 23 and under?

Yeah, it is great, it is good to recognise what different people are doing and especially younger guys. There are a lot of really talented players around. It is crazy how many young players are playing and doing so well, and it shows younger kids as well that there is no limit, and age can just be a number in the Premiership.

And focusing on you at Bath, you have come through the academy there, how does it feel to play for your side?

The last couple of years has been still a bit surreal, I guess! I have supported Bath since I was five or six years old and always gone to games. I find it there, at the Rec, where it always sinks in the most. After games, people come up to you and want a photo or signature, you know a couple of years ago that was me asking for that, from some of the players I am playing with now!

I have always supported Bath and really like the city, so it is good fun, it is certainly like a dream come true, I guess.

This season, your individual form led you to being selected for England, in a training camp for the Six Nations, how was that experience for you?

That was a pleasant surprise. We have been struggling for form with Bath and it was nice to have a bit of a recognition there and just to be able to go and to have a change of environments and experience it. It was also nice to go and train with guys who I have played against or watched when I was younger. It was a chance for me to show what I can do and challenge them.

I learnt a lot of the guys there – people like George Ford and Marcus Smith were very welcoming and good with me. So, it was a cool five or six weeks.

This season you have had Danny Cipriani alongside you, what has it been like learning off him?

I was very excited when we signed him because he was one of my favourite players when I was growing up, probably one of my idols. So, to be able to work with him day in, day out and try and learn off him and squeeze as much out of his expertise as possible has been cool.

He is obviously a world class rugby player, and he runs the game exceptionally well, so I have just been trying to learn as much as possible, kick with him and pick his brains and just soak it up.

And finally, Orlando, the Bath Academy seems to be producing lots of talented players: yourself, Max Ojomah, Ewan Richards, Miles Reid; what is it like playing alongside other local talent going from the academy to the first team together?

It is really cool playing with guys I've grown up and been in the Academy with. We have got some really good young players, so hopefully we stick together as a group and just keep pushing each other and building and then you know hopefully we can as a group, just keep raising standards at the club and hopefully push back towards being a top four side that we know we can be.