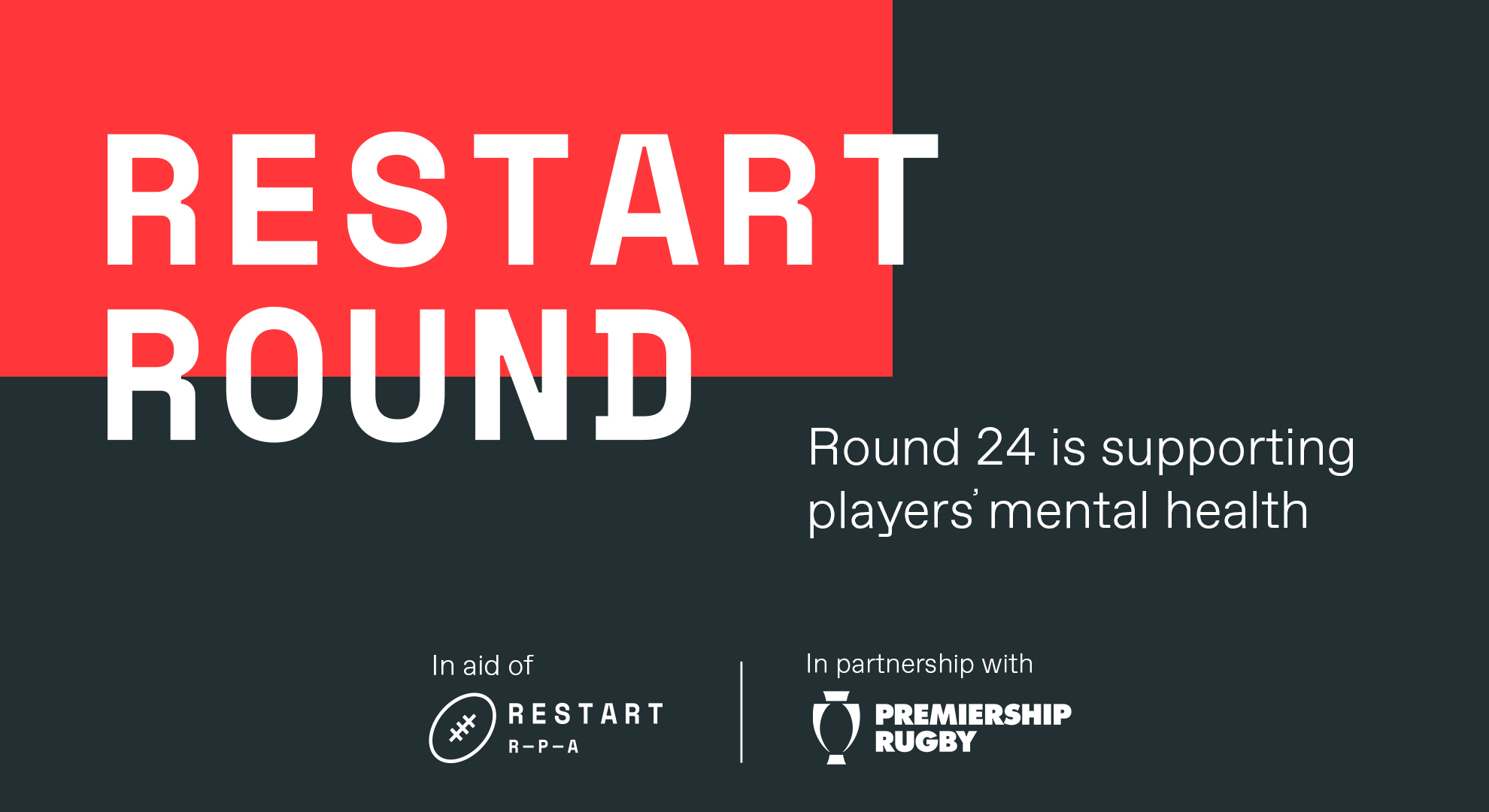 Restart is the Official Charity of the RPA and is dedicated to supporting professional rugby players suffering from serious injury, illness, or hardship.

Restart provides financial and practical support to players and their families during difficult times, including help with the cost of medical treatment, rehabilitation equipment and disability support. In addition to this, Restart plays a huge role in supporting players who need help or emotional support with mental health issues, through their24/7 Confidential Counselling Service.

Alongside all 13 Gallagher Premiership Rugby clubs, Premiership Rugby are also getting behind this all-important Restart Round   and will help to raise awareness even further by turning the league red for the round.

Each Gallagher Premiership Rugby club is also helping to raise vital funds for the charity with fans able to get involved in the following activity:

Fans can do all of this by visiting: https://www.jumblebee.co.uk/restartround2022.

Donations to Restart are already open – to donate text RESTART to 70470 which donates £10. Each text costs £10 + one standard rate message. All money raised will make a huge difference to those players and their families when they need Restart’s support the most.

Former England international and Restart Rugby Trustee James Haskell said: “As a former rugby player, I’ve seen first-hand the huge impact the game can have on players’ physical and emotional wellbeing. That’s why I’m extremely proud to be a Restart Trustee, helping to ensure that Restart can continue to be a lifeline for players experiencing their toughest times.

I hope you’ll join me and all the Gallaher Premiership Rugby Clubs as we aim to raise vital funds and awareness for players’ mental health during Round 24. Thank you for all your support.”

Keep an eye on Restart Rugby’s social channels (@RestartRugby) for announcements on the weekend, and let’s turn the Gallagher Premiership red!