Ewan Ashman - March's 15Under23 MVP of the Month 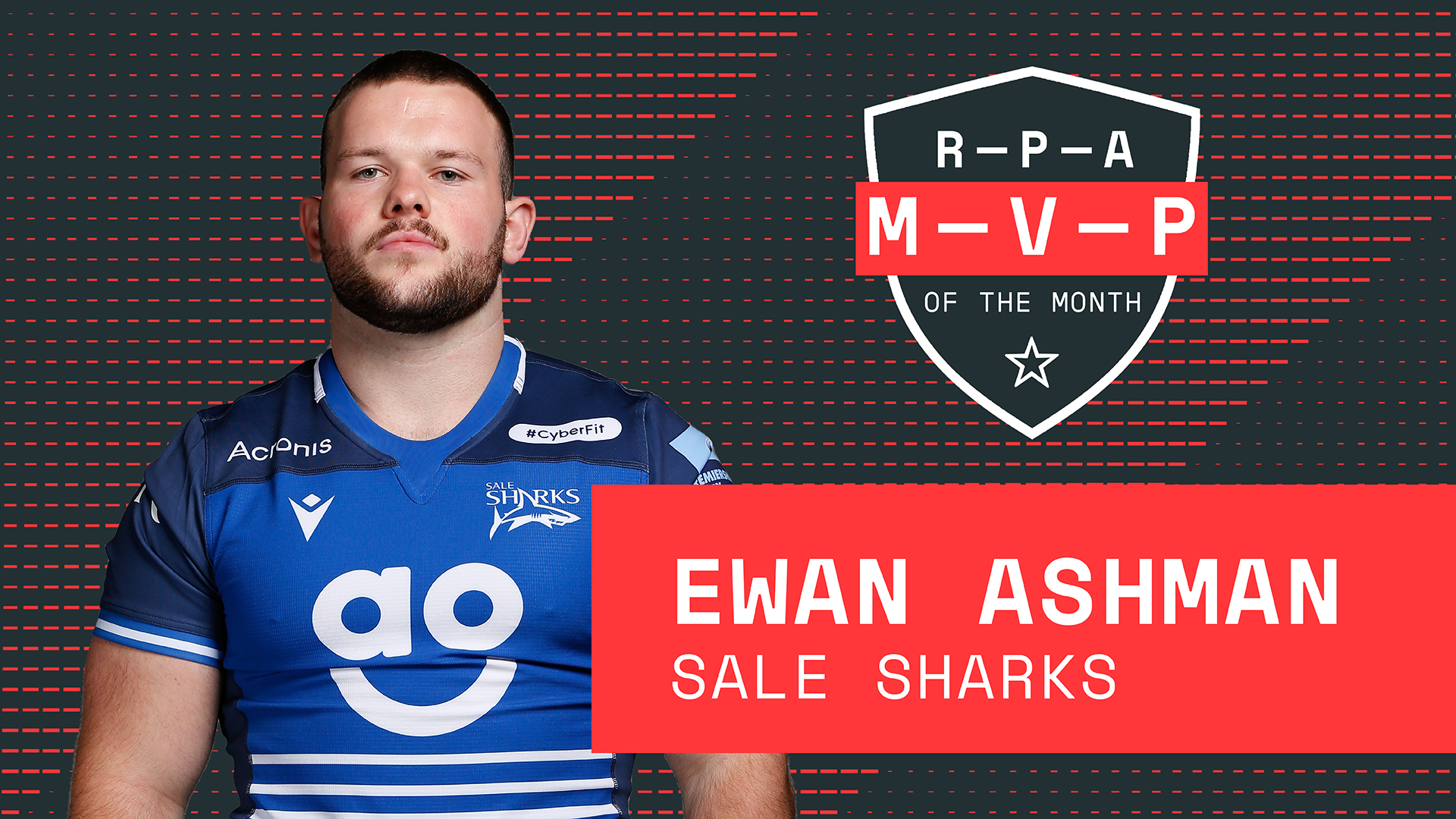 We managed to grab a work with March's 15 Under MVP of the Month winner from Sale Sharks, Ewan Ashman about his breakthrough season...

Congratulations Ewan, how does it feel to have won an award that the fans have voted for?

Obviously, it is nice to be recognised by all the fans and probably shows how strong the support base is for Sale. It is really nice to get a bit of recognition, so it is great.

How nice is it that there is an award targeting the younger players aged 23 and under?

It can only be good for the whole sport, can’t it?! Everyone likes seeing the future and enjoys watching the younger boy’s play. It is good to see that there are so many younger guys coming through and doing so well. I know a few of the other boys who were nominated, and they are class players, so it is really good. I think it is beneficial for everybody and it is especially nice when you are younger to get a bit of recognition, so it’s class.

It has been your real breakthrough season for Sale this year, how have you found it?

I am loving it. To get as many starts as I have in recent months is great and I can see myself growing as a player and as a person off the pitch. It has been a big learning curve and there have been ups and downs, but it has been absolutely mega. I have loved every second of it. It is just as good as you think it will be when you are growing up and all you want to do is play rugby. I am just taking it week by week and enjoying it.

What is it like running out for the club you’ve come through the academy with?

It is massive for me. I have been a Sale boy since I moved to the area when I was two years old and going down to my local club and looking up to the boys that have come through from Sandbach RUFC and are now playing or have played for Sale Sharks is a dream come true. It is something that I hope continues for a long time to come. To put on a Sale top and every time I get the opportunity to do it, the opportunity does not come amiss. I appreciate it every single time I pull the jersey on. It is class.

What’s it like learning off some of the senior players at Sale, in particular Akker van der Merwe who plays at hooker alongside you?

Again, it is really good. Akker has come back into training in the last few weeks and doing some scrummaging and other stuff with him is great. I am learning off him every day, picking his brains. He has years of experience and he’s such a nice guy and down to earth that he always passes it down on to me. He goes through clips with me and reviews them. Even last week, I felt like I was getting better every day just from speaking to him about scrummaging.

Finally, you have got a big double header against Bristol in the Champions Cup, how excited are you and the whole team for that?

We are all massively excited for it. Today in the team meeting there was a huge buzz. We have come off two disappointing results (one draw and a defeat), and it is given everyone a big lift as it’s a new competition and given us the aim of winning it, we want to win it. This competition breathes energy into everybody so the next two weeks are big for us, and we are going out to win it, and massively excited about it.