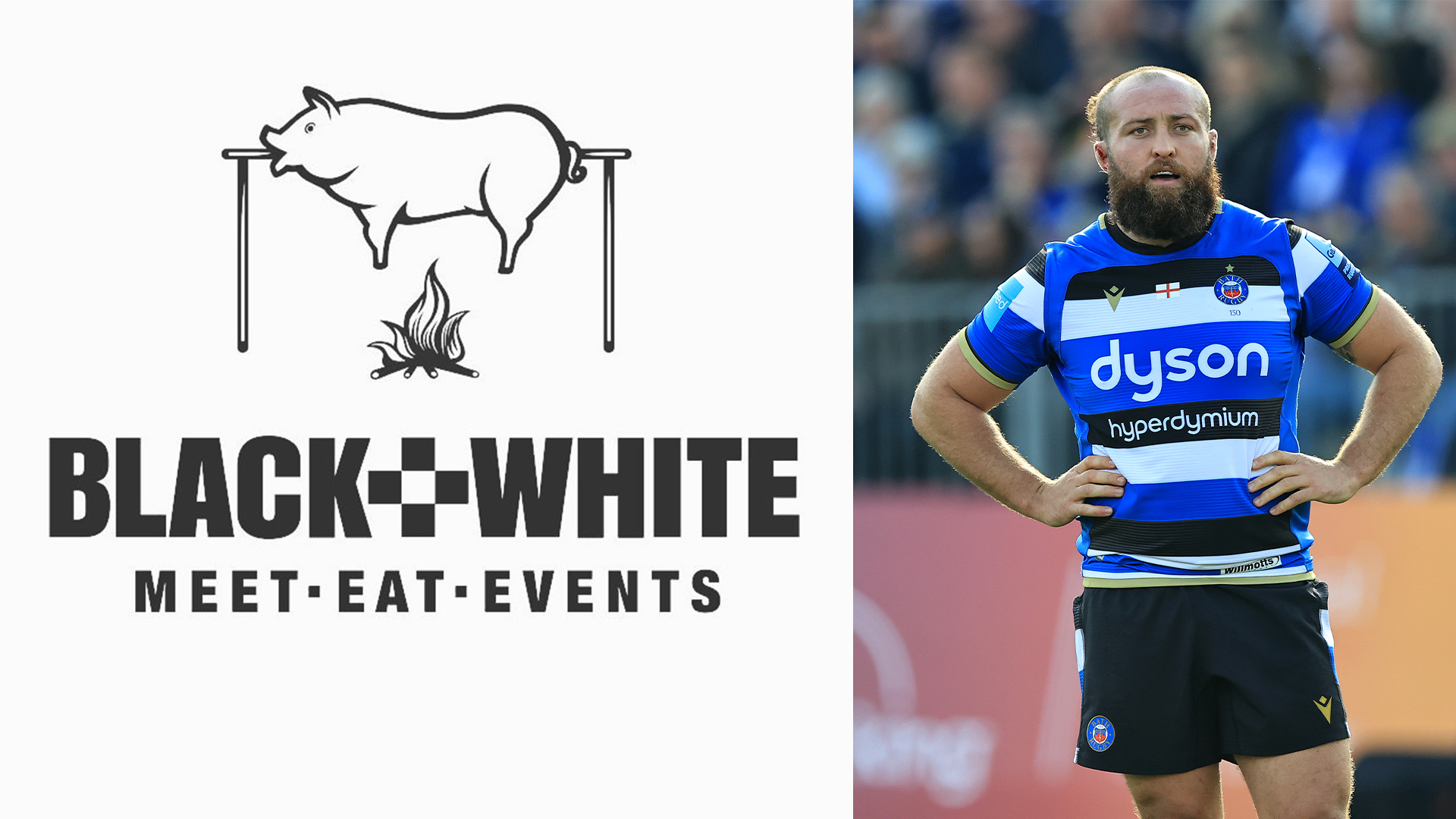 We've spoken to Bath Rugby hooker Tom Dunn about his new business Black & White, how he set it up and the support that the RPA gave him to do so...

Tom, tell us about the business, how did it come around?

The business is called Black & White. It’s a kind of butchers/events catering at the moment. It came about as I was interested in becoming a butcher. In 2015/16 I got put in touch with a local supplier called Ruby & White and one of their owners is a guy called David Kelly who I became friends with at the same time as learning the butchery and learning the skills I wanted to develop. They are based in Bristol, and we talked for a while about setting up a shop in Bath, which is probably our end goal still but financially and economically 18 months ago, it didn’t materialise. We then went into the events business with the end goal of being owning a shop. So, this is the first step for me probably post rugby, one foot out of the door with the other one to follow in the next five or six years.

At the moment we’re a hog roast company so we do hog roasts, lamb roasts, rotisserie chickens and briskets in our piece of kit that we’ve got.

What made you want to go into butchery/food industry in the first place?

As a front row forward, I appreciate my food! I particularly like my meat and I bought a Traeger BBQ. I did a lot of meat smoking and I really enjoyed that and that’s what got me into the meat originally, Initially, I went to a place called Vale House Kitchen and I did some work experience there, they catch their own trout and I actually enjoy that side of things too so where the meat comes from.

You launched a few weeks ago at the Rec, how did that go, and have you shared any food with your teammates yet?

On the 5th March, we launched at the Bath v Bristol game and it went well! We sold out just before the end of full-time, so we were really happy with that. We had no negative feedback which was great. There were a few teething issues which we had, like how we presented our menu and the flow of it, so where you put the till and the product etc. It was all pretty good.

Then, a month ago we had a bye week, so a lot of the lads went on a break. When we returned to training the following week, we had a bit of a catch up with the lads at our training ground bringing everyone together. We brought a hog roast along with stuffing, coleslaw, some apple sauce, crackling and our bespoke black rolls and then Ben Spencer and Sam Underhill brought their coffee business ‘Grass & Roots’ to keep the boys going as well.

For Black & White as it is now, we’re looking to do events really. We want to be booked out for weddings, christenings, birthday parties etc. That’s where we’d like to go with this, but we also have a few festivals lined up as well. We’ve been invited to ‘The Pig’ which is a smoked and uncut meat festival and we have got a few rugby community camps lined up as well. But the end goal is a butchers food hall kind of thing where you go and get your weekly butchers shop but whilst you’re there you can go and grab a sandwich – a farm shop type of vibe but within town.

How do you find juggling the business, playing professional rugby, and having a young family?

It’s been busy but I’m very lucky – my other half Jen, she’s on maternity leave and she’s been really helpful with coming up with the ideas and the design of it and giving it that woman’s touch. To be honest, me and Dave kind of know what we want to do but making it look good is a different thing altogether, so she’s had a massive input there. But then I’ve unfortunately been injured – I’ve played one game since Christmas so that’s why we have pushed it on as quickly as we have really. I’ve been off work, Jen’s been on maternity, Dave still works full-time at Ruby & White Butchers, so he’s been doing what he can as well. It’s just worked out at the right time for us to set it up and get it moving.

How important has your support network been including support from the RPA and your Development Manager?

It’s been really helpful and important to be fair. A great example of their support is I think six days before our launch, Bath Rugby asked me for my company registration number, and I had no idea what it was. I spoke to Matt Leek, our Development Manager, and said to him “Mate, I need to authorise the company and food hygiene rules for Bath” and within 15 minutes he sent me a link with a form to complete. I know it doesn’t sound like much, but I didn’t even know what that thing was or where to start looking for it, so that just demonstrates how important his support is to us.

I won the RPA Gain Line Award in 2021, and the financial support that gave me was massive as well. It takes a lot of risk out of what we’re trying to do. The networking and connections the RPA have as well are big for us too.

If you had any advice to any rugby player who wanted to start a business what would it be?

I always thought it was a bit too soon, I’d like to think I’m going to play for another four to five years so I thought is it too soon to take up this opportunity now, but I think you can take up the opportunities you have when you have got them as you don’t get them that often. The opportunities that you get when you’re at the peak of your career are more than they’d be at the end so use the connections and attention to better yourself and put yourself in the best opportunity that you can.

For more information on Black & White, visit their Instagram page or email info@bwmeats.com