Patrick Schickerling - February's 15Under23 MVP of the Month Winner 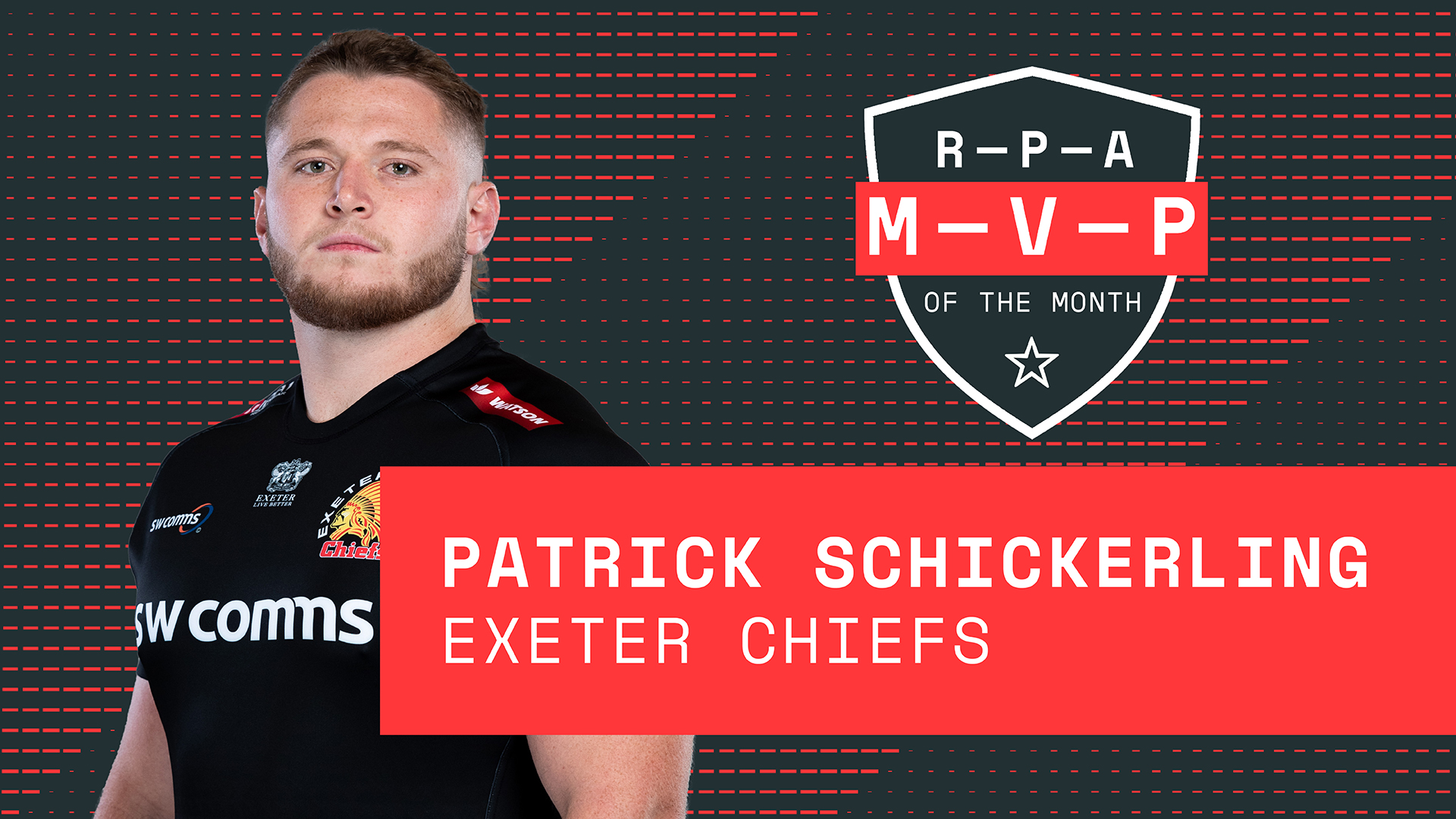 Exeter Chiefs prop Patrick Schickerling has been crowned the Rugby Players' Association 15 Under 23 MVP of the Month award winner for the month of February.

Recalled from his loan spell at the Cornish Pirates at the turn of the year, the Namibian-born powerhouse has enjoyed a stellar 2022 to date, featuring for the Chiefs in both the Gallagher Premiership and Heineken Champions Cup.

With three tries in the top-flight against London Irish, Gloucester and Newcastle Falcons, it's little wonder Schickerling has been receiving glowing praise from the Chiefs coaching staff for his efforts.

Launched at the start of the season, the “15 Under 23” campaign highlights young members who stand out each month in this 2021/22 Gallagher Premiership season. The campaign will run until April, with the RPA nominating six players aged 23 and under* who have shone for their side in all competitions and will culminate in creating the ultimate Under 23 XV of the Season.

Commenting on his award, Schickerling said: "Obviously, I'm honoured to have been given the award, but I have to give massive credit to the boys around me as well. For a long time it's always been a dream for me to play at this level, so I am grateful to have the opportunities I have been given.

"Coming back from the Pirates, I knew it would be a step up in standards again, but I've really enjoyed playing and taking things I've learnt from training and playing down in Cornwall into these games.

"Hopefully as a team, we can continue the form we are in and really go after this last part of the season. There is a real good buzz amongst the boys - everyone is playing with a smile on their face - and we're getting our rewards for the hard work we're putting in."

Article is taken with kind permission from Exeter Chiefs