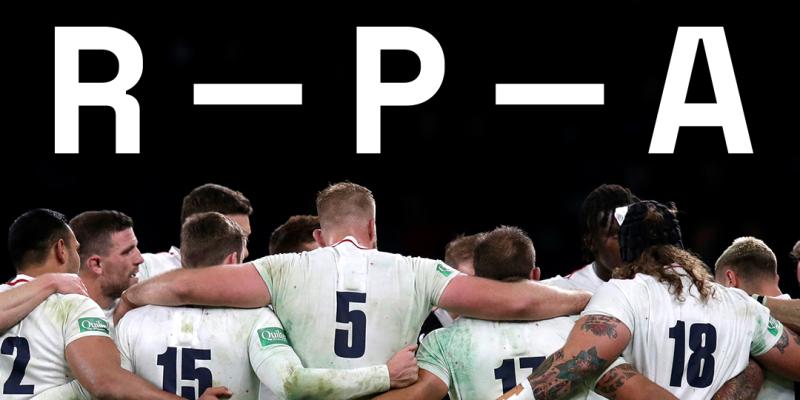 With the 2022 Guinness Six Nations firmly underway, and the Tik Tok Women's Six Nations just around the corner, we caught up with our Head of Commercial and Team England Gaia Bursell to learn a bit more about her role and preparations during one of the years major rugby tournaments.

With the 2022 Guinness 6 Nations firmly underway and the Tik Tok Women’s 6 Nations almost upon us, highlighting our work with both the England Men’s and Women's team is at the forefront during this period.

The RPA’s Team England Rugby department consists of Christian Day and myself and we split the International welfare and commercial issues respectively.

The RPA have been the exclusive commercial representatives of the England Men’s Squad since 2004 and the Red Roses since 2021, AND my role is to protect the collective image rights of the England Teams.

Our established relationship with the men is structured with a 4-player committee as the decision making group for the team on any issues that may arise across the season, but during tournament time, my general role includes being across all RFU sponsor commercial appearances, image approval, content approval and day to day commercial queries for both players and the RFU.

It’s an exciting time for the commercial representation of our athletes, with new opportunities across digital and data for both the individual and collective; and with the men’s RWC taking place next year, I’m encouraged by the developments in these new areas. I truly believe making these players household names will inspire generations to come.

Representing the Red Roses is a new and exciting addition to my role and we are working with them closely – this time with a 5-player committee – on all aspects of their professional landscape. With the incredible yet overdue focus on women’s rugby, we are proud to be working with them on such a pivotal time in the sport. 2022 hosts the delayed Women’s RWC and the Red Roses are very much contenders for the title. With developments across broadcast and commercial, pushing the needle towards equality is our goal.