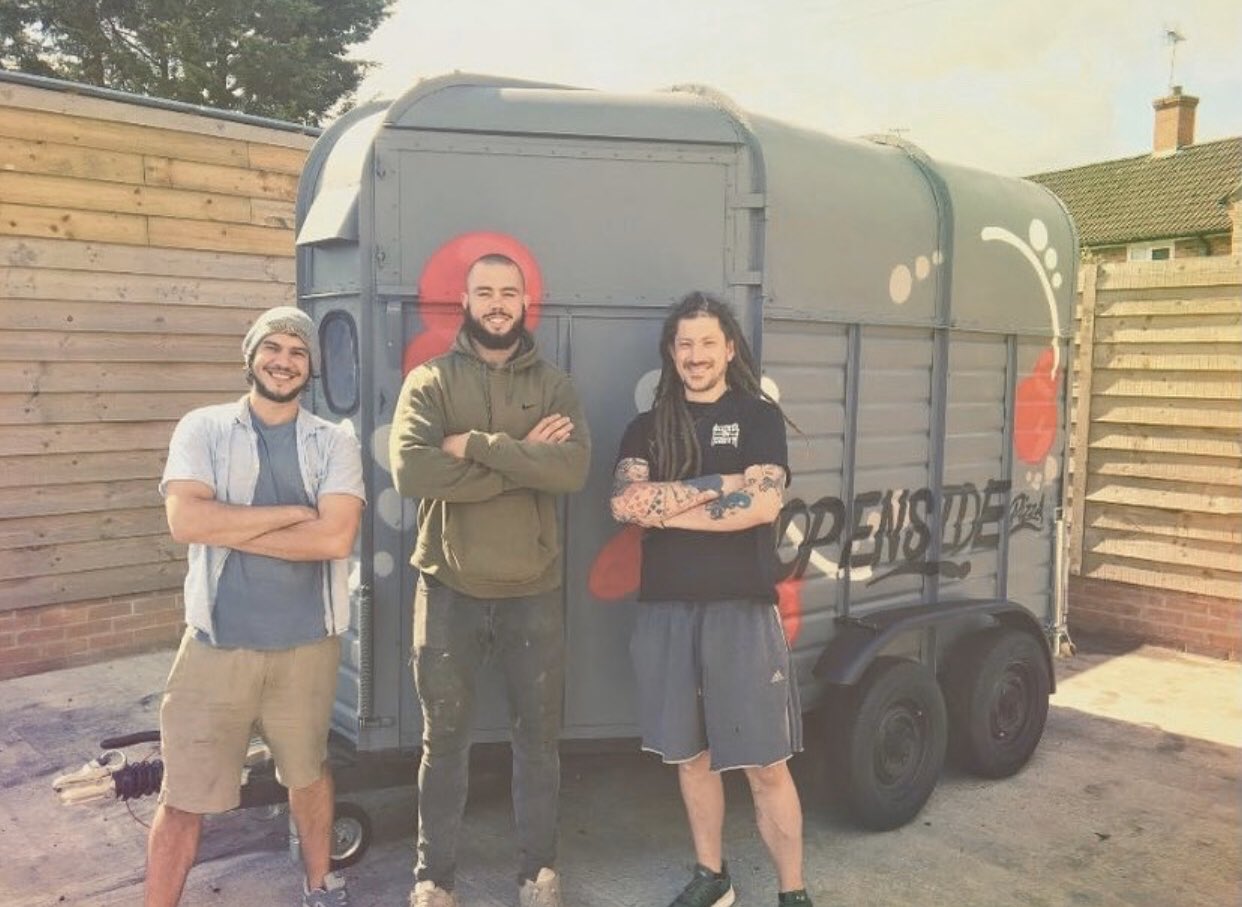 Following Lewis Ludlow being the worthy recipient of this season's second Vodafone Business Gain Line Award, we managed to grab a word with him...

Congratulations Lewis, how does it feel to win the award?

I was pretty shocked! When Craig (Lewis’ RPA Development Manager) told me I was being put forward for the award, it was one of those things I never thought I would win! It was nice that Craig thought I was worthy of being nominated for it, so to win it was a big surprise.

First of all, let’s talk about your mobile pizza business, how did that come about?

It’s called Openside Pizza. There’s a really good pizza shop in Gloucester called “Hooker & Eight” – two local lads, Dan and Adam that created a pizza shop just before the first lockdown. They invited me down to open the shop, and I got to know them a bit. They and the whole shop are huge rugby fans, it’s all based on rugby and the pizzas have rugby themed names. When lockdown happened I was just sat at home bored, and I like to have a few projects on the go, so I said to them about making a mobile pizza truck out of a horsebox that I had.

Originally, they both said no as they wanted to concentrate on the shop as it had just opened. However, 24 hours later, they came back to me and said they had reconsidered and thought it might be a really good idea, so I went about building the truck at my house. I got it up to a shell and then it spiralled from there. We got the oven into it, it was fully kitted out with electrics, and got it health and safety tested. And now, it goes out and about in Gloucestershire, going to different rugby clubs, and it goes to Kingsholm on game days. It’s doing really well at the moment.

What’s the next step/aim for Openside Pizza?

I think it’s definitely to get another pizza truck. We’d like to get another one, because at the moment we’re getting booked up for weddings, parties, private events etc and we want to make sure we’re still able to go to the rugby. It takes a lot of time to start building up profits etc, which we’re now doing, so hopefully we can start putting money aside to get another one and keep going like that.

Let’s also talk about your volunteering with the Gloucestershire Police force, what do you exactly do with them and why is this important to you?

To start of with, it’s important to me because it’s what I want to do when I retire. I’d like to go into the police force as a serving officer. At the moment it’s all about building up the hours and doing what I can do with the profile I have. As a rugby player in Gloucester, your profile is automatically raised, so if I can try and raise profile with things like knife crime, things the police are doing, it sort of helps both sides of it.

I’m currently enrolling to become a Special Constable, so you have all the powers of a Police Officer but you don’t get paid. There are people that have been Special Constable’s for 23-25 years in Gloucestershire, that have got hundreds of thousands of arrests, that are more qualified than 90% of Police Officers that are full time, they just do it part time, so I’m becoming one of those.

I’ve been down recently to the Police Training Centre, called the Sabrina Centre in Gloucester, and talking to police officers who are training about health and wellbeing. There weren’t a huge number of talks on that, and obviously being professional athletes you get a lot of talks on how to keep yourself healthy, and ensure your wellbeing is good. Basically, I just pass on my knowledge of that sort of stuff to those guys. It’s just trying pass on anything I can to help those guys that will eventually be my colleagues when I retire.

You also own a small holding, so how do you find juggling these two businesses, your family life, your volunteering duties, AND professional rugby?

I like to be busy! Everyone that knows me will say I never sit still. I’m really lucky with the fact that at Openside we’ve got a guy called Stephen who runs it, and he does everything. He’s the Head Chef, we got him his towing licence, so he tows it around. He books all the clients in, whereas up until recently, I was having to tow it everywhere as I was the only one with a towing licence!

So, I was towing it around different evenings and weekends and waiting there while they cooked, and then brought it back. It’s nice to be able to let it run as a business, and I can just go and do some advertising or check up on the guys every now and again, to ensure it’s all going smoothly, and look after stuff at home with what’s going on there.

How important has your support network been to your journey including support from the RPA and your Development Manager Craig Townsend?

It’s hugely important for me. The way I can go to Craig with anything, things that I never thought would be achievable, he always seems to come back with not just one but two or three options of how we can achieve that goal. That’s invaluable as a player that you’ve got that support network there to be able to help you like that. Although we do train hard, we do have a fair bit of downtime as well which I like to fill, so Craig’s been great at helping me do that and moving forward.

It’s brilliant. It’s such a nice award. You feel there’s a nice bit of justification for all the hard work that me and the rest of the guys have put into it. It’ll be great to have the grant to put towards the business and personal development. It’ll really help us with stuff going forward, it’s great.