15 Under 23 MVP of the Month - January Nominees 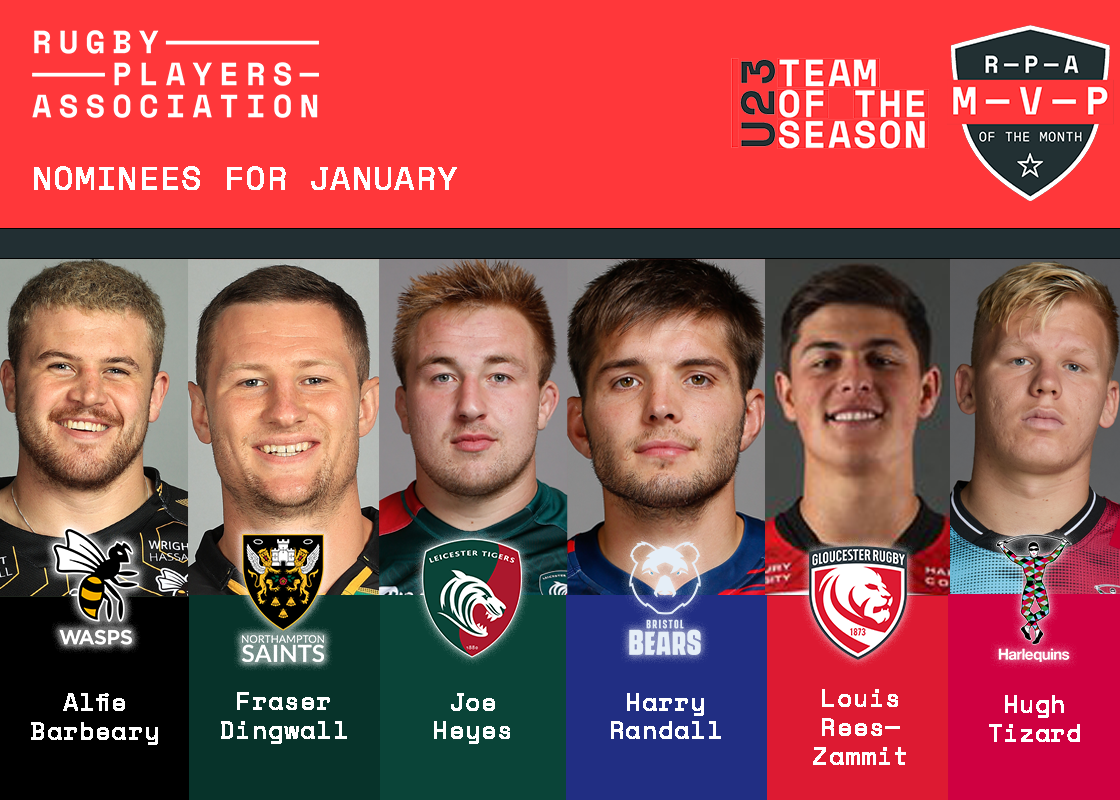 The Rugby Players Association (RPA) have today announced the nominees for the "15 Under 23" MVP of the Month for January.

The campaign will run until April 2022, with the RPA nominating six players aged 23 and under* who have shone for their side in all competitions and will culminate in creating the ultimate Under 23 XV of the Season.

The nominees for January's MVP of the Month are:

The vote will open on Monday 31st January at 1pm and close on Friday 4th February at 1pm. The winner will be announced in the following week.