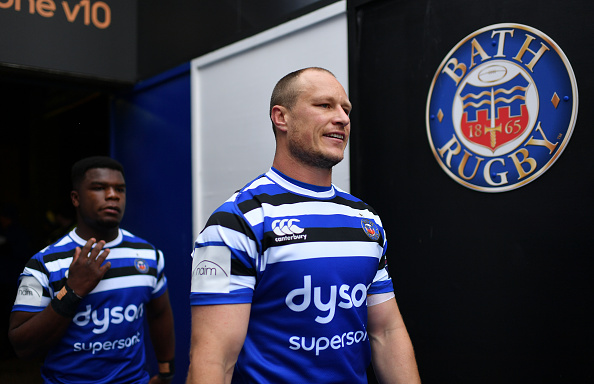 In the first of a two part interview series, we speak to former Bath and Saracens player Jack Wilson, about his transition to life after rugby, moving to Hong Kong.

What brought you to the decision to move over to Hong Kong?

I always thought about Hong Kong as a place to come post my professional career. I played the Hong Kong 10s here and the 7s before, so I sort of knew the environment. I really enjoyed the city, so I eyed it up a long time ago in the back of mind. I knew it was a place I could potentially use some of the contacts that I’ve made throughout my rugby career to get my foot in the door.

I finished university ten years ago, and a lot of my friends that had done the same sort of courses were ten years ahead of me in terms of the corporate situation and ladder. I didn’t really know at the time where I could come and try and catch up and use a bit of my life experience working in high performance teams to further my career quicker and get to where I wanted to be quicker.

That was the catalyst for that a long time ago. And as I was coming to end of my career, around 29, I was at that crossroads whether I really push on or potentially drop down a level to the Championship or look ProD2 or levels like that where I wouldn’t be at the top-level rugby or whether I make the decision to go into business and go into my transition, not completely, but part of my life after rugby. I thought it was my better option, being in my 20’s and makes myself more of an option for a firm to hire who’s got a bit more longevity.

When you were at Bath, had you done much preparation for life outside of rugby? Had you put anything in place that made you feel you could go and do this step into the business world?

Throughout my career, starting at Saracens, the Development Manager was really proactive in development and progression post rugby. They were really proactive on it, and it spun the wheel in the motion early to make sure I kept that out.

I then bounced around a fair bit with rugby, and I didn’t really think about it again until I was at Bath. And from there, I went onto work at a Financial Advisories type firm called Parmenion in Bristol, who I had a contact through. I sat down with different teams and tried to use my day off (instead of having coffee or playing cards) to try and get a sense of what was coming next.

I knew my time in professional rugby, albeit a great time, wasn’t forever and wasn’t one that would let me sit comfortably for years on years after rugby. I was quite proactive about what I had to do next, because I didn’t have a huge cushion of finance through rugby; I was always on one or two year deals, and it took one injury and I was out of the door so I was never complacent to think that rugby was something I was going to retire with a big bag on money on, I was just having a good time and living some great experiences.

Do you think the self-awareness of how short-term rugby can be quite rare?

It’s like a double-edged sword. If you don’t believe you can make it, then your heart’s not in it, and you’re not looking at going all the way. So, you have to believe you can make it to that level, but I suppose I looked at both sides of the coin, and I needed to have something on the backburner. You can’t say to people “you aren’t going to make it” because if people believe in their own heart they can make it to that level, then that’s great. It’s the belief that they need to get there. I was lucky enough that my rugby career didn’t start the traditional way through academies I went to university first, and I ended up getting into rugby through 7s and I was 21/22 before I got my first professional contract.

Post university, I worked for a year, selling fertilizer while playing rugby for New Zealand 7’s and for Bay of Plenty in the ITM Cup, and I was lucky enough my employer was flexible on that side of things. So, I had that sort of experience of working before, and had a degree that was I later found out which was a really important part of coming to Hong Kong. That qualification through work always had that underlying thought of I was lucky to be playing where I was; I was lucky to be playing rugby with some great teams around the world. It was always in the back of my mind, potentially because I had worked before, it can all get taken away quickly. You see a lot of kids coming through the academy and getting told they are the next big thing their whole career, and they get to 18/19 and pick up an injury, and that’s it.

I was lucky in that regard that I missed a lot of that sort of stuff out and came into rugby later and it opened my eyes a little bit to what was next and how lucky I was I was there, and I never took it for granted that I was going to be there for a long time.

When did you fall on the option you did?

So originally, I had decided a long time ago that Hong Kong could be an option, Bath said they weren’t going to keep me on back in December 2018, and then I moved out in June 2019.

Once I had found out from Bath, I decided that was time to do a little bit more research into Hong Kong, and I contacted a few teams, and a few guys had some connections out here.

I did that with a few teams and got a couple of offers that fell through visa wise, because they didn’t want to sponsor me. I mentioned earlier, but before I played 10’s a few years ago, one of the sponsors for that team, I stayed in touch with and he’s a really good guy, and I reached out to him and that kicked the process off, and I ended up being employed by his company over here.

What business are you in at the moment?

I’m in finance, I’m an equity derivative broker on the Nikkei index. It was an industry I didn’t have a lot of experience previously coming out. I spoke to my boss, and he talked me through a few things that would get me up to speed and I put in a bit of work before I got here, and it’s been a pretty steep learning curve that I’ve had to put a fair bit of work in for, but it’s been a rewarding one.

The industry I’m in, and the team I’m in is a high functioning team, and I think it really helped me transition from rugby. The guys I work with, it’s a high paced environment, there’s an element of pressure there. The team I got put is the best in the street. I had to get up to speed quickly, they’ve been great to welcome me in and help me out.

How have you found the balance between playing rugby at a semi-professional level, and starting a new career, what were the biggest challenges?

I was amazed at the quality of rugby out here. I knew it was good, but not that good. Everyone works hard over here, works big hours and big shifts, and you play hard as well. It’s a full-time environment, these guys out on the pitch, there are some great rugby players out here. The level of rugby was enjoyable to play, great quality.

I only played for half a season. I had some concussion issues throughout my career, and took a blow over here, which when you’re playing full time rugby, you get that time to recover from a knock. It hadn’t been that much of an issue until I took a knock here and then going straight back into work on a Monday made me realise maybe I need to take a step back from rugby, and I suppose it took me a couple of months to fully get over it (the concussion), and then I decided it wasn’t for me.

I have stayed involved, I coach the second team at the football club, stay in touch with the guys, and try and hand down some advice that I’ve learned along the way.

If a player was thinking about making this transition and move to Hong Kong, why would you say do it?

If you work hard and put yourself out there, then it can be a really rewarding place. I think there’s a lot of opportunities for the right people with the right mindset, if you come out here and really put your mind to it, there are some great avenues and ways to try and get ahead.