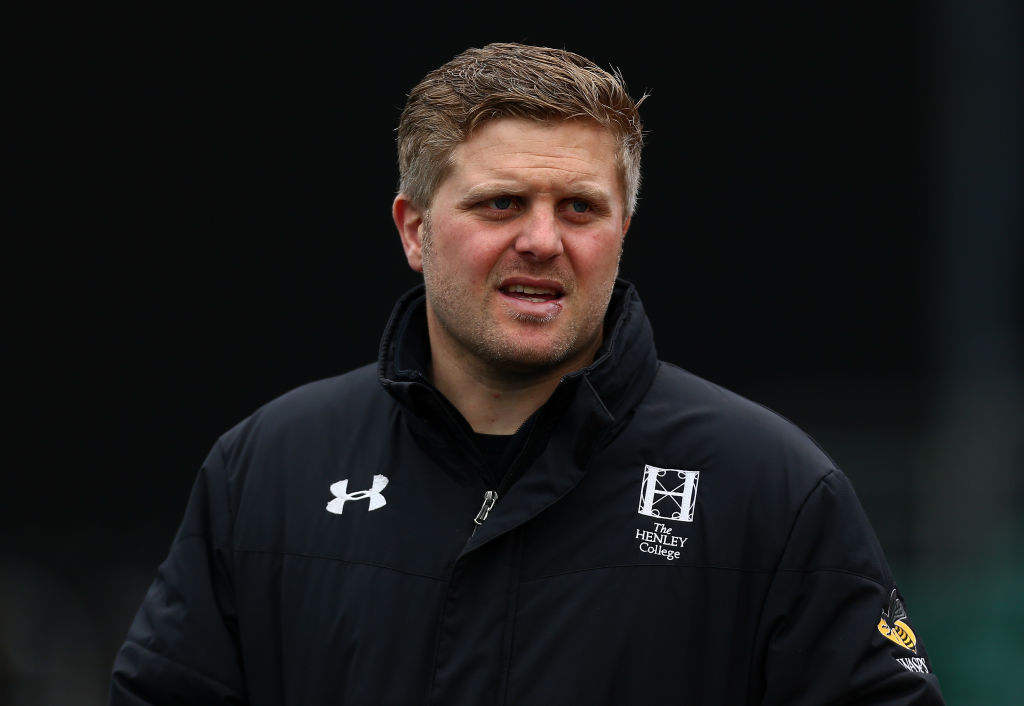 In the last of a two part interview series, we speak to former Wasps Academy coach, now Hong Kong Football Club Head Coach Jack Wiggins about his transition to life after rugby, moving to Hong Kong.

What was the reason that you moved over to Hong Kong in the first place?

I’m originally from the UK and played at Worcester Warriors Academy. I finished up with Worcester, got a degree, played a bit of National League rugby for a while and then, I ended up going to New Zealand. I was there for five years, coaching and playing and then went back to the UK. I joined Wasps for three years and then I was just in a place where I would have liked to have thought there would have been a pathway for me to move forward but my wife is a Kiwi and Hong Kong is kind of in the middle. I had the opportunity to come here, and the package they offered was really good and I thought I’d be silly to turn this down.

What was that initial difference about this scenario?

The big difference was probably the fact that club rugby is semi-professional here. You’re not training every day, you’re training a couple of times a week, like you would be at some of the Championship/National 1 clubs. You are working with guys who have all got full time jobs so getting my head around that was pretty challenging. This is just because you can’t recover as much, compared to full-time clubs, even at the AASE college I was in charge of, you saw them every day, and in this world, you don’t.

That’s the biggest thing that the pros struggle with when they come out of professional rugby and come out here, that they’ve got to juggle a full-time job with training in the evenings, sometimes that transition takes a bit of time.

For players that want to come across to Hong Kong, is it best to have a degree to help with getting a visa?

Yeah, probably. Generally speaking, you’ve got to be under 30 (but that’s not always the case) and have a degree. The good thing about being under 30 is that you can get in on a working holiday visa, but if you want to stay for longer, the club doesn’t have the type of standing to get yourself a visa, so your visa has to come from your work and in order to get a job at that level, most jobs require a degree. But it does depend on which sector.

How does the whole process work?

So, if a guy came out of a professional club in the UK, typically what would happen would be we’d get them over here and pay for their flights. We have a club flat, so potentially give them accommodation for the first year they are out here. They might get a match fee from us, and some other assistance, and then we’d try and put them in front of as many employers as we can. Hong Kong Football Club is a big private members club, it has 5,000 members, so the network of people we’re able to connect with in all the major sectors is significant. We’ve got CEOs of Hedge Funds and Wealth Management Companies, and on the other spectrum, we’ve got guys working in the hospitality industry quite high up.

Because we’re well connected within our club, even though the landscape is changing here from a political point of view, there’s still a lot of opportunities for guys to get on to something they might not have considered before.

Have you got some guys in your squad that have come from Premiership clubs who are in Hong Kong?

Jack Wilson is one. He’s just had a baby so he decided he was going to step back from playing but now he’s come on board as a coach. He’s working full time but coaching our second team.

We’ve also got Tom Issacs who’s 34, he played for Gloucester, Scarlets and Ospreys. He initially came out here to play in the Hong Kong 10’s which is held at the Football Club. He did a bit of networking and came out here and worked in property and is still here and has transitioned into teaching now.

What would be a normal week in terms of how much time is expected from them from a rugby point of view in terms of training?

In terms of what is expected, we have two full on field sessions twice a week, Tuesday and Thursday evenings, and then the boys might do an extra session on a Wednesday morning, but that depends on the week and the individuals. Then the boys would do two or three strength and conditioning sessions a week either at the club or at their own gyms. We tell them what to do but we don’t supervise them (but we can do if they want). Overall, it’d be three or four hours of commitment.

Then on Saturday’s, the game would happen in the afternoon. The big difference here is the league is small and there are only six teams, and you play each other three times. The league doesn’t run all year, it runs six or seven months, so you’ve got a good off-season. All the games are local, so you aren’t travelling long hours to get somewhere - the longest away game is 20 minutes on a bus!

What’s the age range of your squad in general?

We’ve got a number of senior academy players who are Hong Kong kids who are 17-20. So, we’ve got six/seven of those, and then the age range is from 23-35.

We’ve got a strong mini and youth section here. We’re the original club here in Hong Kong so we’re probably 50/50 split between recruitment and home-grown players. A lot of guys did their first bit of school here, then went overseas for secondary school and then did university in England/Australia and then came back to Hong Kong. But then equally we’ve had guys who came here which, before the five-year residency rule, had been here for three or four years and played for Hong Kong and are part of the Rugby World Cup journey.

So you have a few players in your squad who may have been in the UK for example, but now are viable for the Hong Kong World Cup squad? If so, is there anyone that you can highlight to look out for?

Yes, there are players. An example is a guy called Glyn Hughes. He started at Northampton, then went to Wasps, and then played for London Welsh just as they went bankrupt. He then went to Leeds Carnegie and then they unfortunately went bust. He then made the decision when he was 25, that professional rugby wasn’t going to be his kind of thing, so he moved out to Hong Kong, and now he’s qualified for the national side through residency, so he’ll certainly be part of the qualification campaign and the World Cup journey.

He has a full-time job, working as a Trader working for one of the biggest trading companies in Hong Kong so he’s on the trading floor all day every day!

What would be the main three attributes you’d put forward when it comes to recruiting someone?

I think the first one is a high level of rugby provision. One of the big differences is just that I’m a professional coach, even though we’re part time and I’ve coached in professional environments before, so the provision and the quality of the rugby is similar to National 1/lower Championship. The next one is the opportunities you’d get to transition into the world of work through the club partners and network, and the third one would be lifestyle. Hong Kong is a really cool place, it’s very small, everyone is well connected, things are pretty easy. If you get into a good job, earning capabilities are pretty high, tax is very low, everyone lives centrally it’s very vibrant, it’s a very cool city to live in.