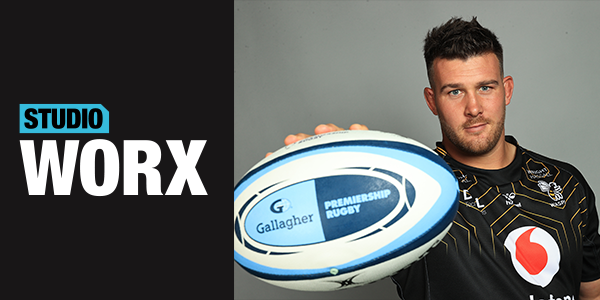 Tell us how you came about with setting up the business?

So I’m in partnership with a guy from Kenilworth, Jack Gibson. I used to train at his gym, and he’s got some gyms already around Warwickshire, which are different to the services we offer. We banged our heads together in the first lockdown last year and came up with an idea with StudioWorx.

What made you go down the gym route?

It’s something I’ve always been interested and done from a young age. I trained in Jack’s gym at FitnessWorx in Kenilworth. It just felt like something I was comfortable in, something I knew a little bit about. I knew a bit about my training, and I just wanted to add another string to my bow. I’ve done my PT qualification, so I just thought ‘why not own a gym!’.

What makes StudioWorx different from any other gym?

We’re on the high street in Leamington. We’re not an open gym, so it’s not one of those where you get a membership to and go in whenever you please. We’re class based – so small group classes, small group PT and one to one PT, they are the services we offer. There is a boutique feel to it, we offer high end training in a really nice studio rather than an open gym where you’ve got people coming and going, and the whole place is manned, and things are being left out. It’s a very regimented. We run a fair few classes throughout the day, and then if you are into doing a group PT session or a one-to-one PT session, then that can happen around the classes as well.

It does differ a lot to someone coming in, dropping their bag off and training whenever they please. The gym isn’t open for that, it’s one for small group classes, you get a lot of one-on-one time with a coach, and it doesn’t matter what level you’re at, whether you’re a beginner or a top end of your game, the coaches can add something to you.

How have you found launching a business through the last year?

It was tough! Every time we tried to do anything, we seemed to end up in another lockdown, so it delayed everything, but we just fought through it. It wasn’t something we wanted to give up on, we used the time wisely and when we could get things going and moving forward and get the build going. We did the majority of the build ourselves. It was the first lockdown where me and Jack were sort of banging our heads together and started to think about life after rugby, and I began to work out what I wanted to do, and I said I wouldn’t mind owning a gym like that, and as conversations went on, it grew from there.

How have you found the multi-tasking skills, between playing rugby and owning a business?

It was difficult at first. The build was tough. Having to train and then having to go over and help the guys out with different things, and on days off you were there all the time. But now it’s up and running, we’ve got a really good team that manages everything, so me & Jack just sit over the top of everything and make those final decisions. We’ve got a really good head coach/manager who just sits in the studio all the time, with good PTs underneath him. We’ve got good Sales Managers, good social media people, so we’ve gone out and filled every role, so me and Jack just sit over the top of everything, rather than take every job on ourselves. We still do bits and pieces and make decisions, but as it’s up and running, it’s not as strenuous as people think. It’s more the little jobs, the unseen work, the jobs no one seems to think about that me and Jack seem to get roped into more than anything.

How important is it for players to have a focus on outside of rugby?

I think it’s massive. For someone like myself, rugby is everything whilst you’re in that bubble, but things can change in a heartbeat; injuries can happen. But whilst you’re in the game, I think it’s healthy to have something else to focus on, so when you’re in rugby, you’re not getting bogged down by injuries or a non-selection or whatever it may be, there’s all sorts of problems in professional sport. It’s good to have another focus, and before you know it, you can transfer skills over from one to another. Speaking to my RPA Development Manager, he was really encouraging and great to work with, and is always there if I need any help or advice.

How have supportive have your Wasps teammates been to the gym?

Yeah, they’ve been fantastic. From the word go, when we announced on social media what we were doing, the boys were sharing it. We had an open day when we could open, and the guys turned up and shared it on social media, which meant a lot. We’ve had Joe Launchbury and Jack Willis down to do some of their rehab here too. They all love the studio. With it being in the centre of town, it’s something where the boys can drop in and do a few extras, if they want to jump in some classes they can. Some of them like doing our Flow class, which is a mixture of mobility, and yoga, and a feel-good session and body weight stuff, so some of them come in on a rest day to do that.

A lot of their partners have also joined too, they love the classes. They’ve got a bit of a crew together, and they work out when they come in as they like to train together, so it’s been brilliant. It is nice to have a Wasps touch, but it’s not just a Wasps gym, there’s a lot of people from Leamington who’ve bought into it as well. We don’t want to be known as an elitist Wasps gym, it’s open to everyone whether you’re a complete start up or a trainer who wants to take it up to the next level, we cater to everyone.

If you had any advice to any rugby player who wanted to start up a business, like this or something else, what would it be?

Just do it. If you are “umming and erring” about it, you aren’t going to do it, you’ve just got to dive in head first and do it. We couldn’t have done it at a worst time, but one thing I would say is to surround yourself with good people. That will make a big difference, I was lucky enough to not go in it on my own, I was with someone who had good experience in the industry. But surround yourself with good people and just do it. Life’s too short at times just to talk about things. You come across a lot of boys who say they are going to do this and that, and it never happens so if you fancy doing it, do it but do it whole heartedly.