Ellie Kildunne On Her Journey, Sporting Idols And Learning From The Greats 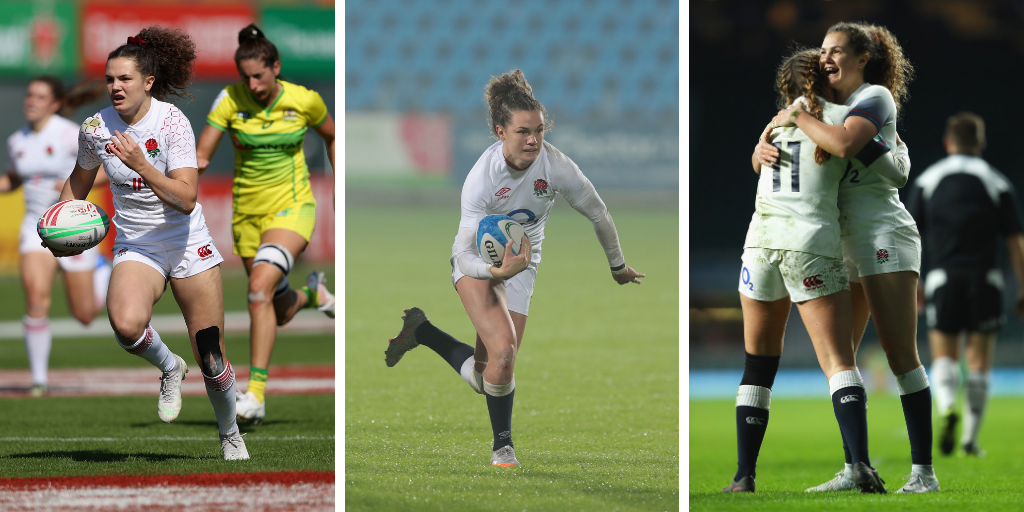 At just 21 years old, Ellie Kildunne is already a household name in Rugby. Her list of accomplishments include Olympic qualification, a Six Nations Grand Slam and taking on the formidable England No.15 shirt from none other than Danielle 'Nolli' Waterman. As Kildunne prepares for this year's Six Nations competition, the RPA caught up with her for Women's History Month to discuss her move to the 15s game, learning from Nolli and what legacy she wants to leave behind in the sport.

How have you found the last year and has it been a challenge at times?

There’s been a lot of change and movement into different parts of the game. I was heavily involved with the 7s setup for the past two years and then in the Autumn was gifted the opportunity to play some 15s games. For me that change was difficult at times, mainly because it was new, but at least I had something to focus on. The fact we have also been able to carry on playing has been a blessing and I have found a great team in Wasps. Sometimes when it has all felt a bit tough and there have been moments that we have had to overcome, we’ve had to remember the things we are grateful for - to be able to play each weekend and have my chance with the 15s set up.

Is 15s going to be your focus moving forward?

For me I’d like to ultimately play both. I’m still a young player and I’ve got time to be involved with World Cups and Olympics going forward. Right now, I am focusing on the Six Nations. I can then only look forward to the tournament we were planning on going to in the summer (World Cup) and if I am gifted with any opportunities to play in this Olympics or the Olympics after, then I’ll go for it. The most important thing for me is continuing to play and improve myself, regardless of which team I am in.

Growing up was the dream always to be a professional rugby player?

It actually wasn’t, no. I started playing rugby at six years old, but alongside that I played a lot of football. I didn’t know that it was possible to do rugby as an occupation until much later in my journey. Growing up if I were to be asked who my favourite rugby player was, I would say Jonny Wilkinson, I didn’t even know the women’s players then. I always really enjoyed rugby, but I remember the certain point when the penny dropped. I went to a competition called Sainsburys Schools Games in year 11 and it was at that point that I knew I wanted to be a rugby player professionally.

Who were your sporting Idols growing up?

I remember when I was a lot younger, I liked Fernando Torres, as I was a big Liverpool supporter, but that was more from a fan perspective. One person who I did look up to was Jessica Ennis for many, many reasons. I did an English assignment in year 8 on her, around 6,000 words, it was probably just to teach us how to type on a computer, but I did it all on Jessica, she was a massive inspiration.

You are now one of these players who young girls look up to, do you feel the appearance of female role models is something that has perhaps shifted in Women’s Rugby and Women in Sport as a whole?

Absolutely. The access to rugby, whether that be for spectators watching on tv, or girls having the ability to go down to the club and play has massively improved in the women’s game. Media support of the game allows girls the opportunity to watch the England Women’s team and it makes those dreams tangible. That knock on effect of seeing it visually means it drips down into all aspects of life, at school, around the dinner table. I was the only girl playing on a boys’ team for many years at my youth rugby club and now they have a girls’ team which just shows the progress. We still have a long way to go but we are taking the right steps.

What has been your best rugby memory so far?

The one thing I will never forget is the feeling when we qualified for the Olympics last year. We had to go to a European Tournament because we didn’t manage to place in the top four in the World Series. I’ve never experienced the camaraderie that was present at that tournament. People were sending notes under each other’s doors the night before to say good luck and I’ve got your back. We were against France in the final who are a fantastic team and placed above us in the series. When we won everyone was crying because you could see how much it meant to them, it gives me goosebumps thinking about that time. When people ask me why they should start playing rugby, I always refer to that moment and say you need to be part of this community because that feeling is like no other. When you feel like you are in a team and absolutely everybody in that team has got your back.

What examples do you want set for the girls coming through the sport as an ambassador?

I’d like them to know that anything is possible. It doesn’t matter on your size, age, gender. You can do absolutely anything if you put your mind to it and become passionate about it. I would like girls to look at me and go ‘well Ellie did it’. When I have had chats with girls coming through, I make sure they know that I’m them just a few years older. You can look up to someone and think they’ve got everything right, they’ve been playing since the age of four, it was the first thing they did since they came out of the womb, they’ve got everything, the conditioning, supplements and support. I want girls to know that it isn’t too far away from them, they’ve just got to get the cogs turning.

In your journey who played those key roles into getting you to where you are now?

I have got a handful of great coaches that I’ve been lucky enough to work with. While I was at Hartpury college LJ Lewis got me to the place I am today. Suzy Appleby got me involved with the 7s quite early on as well which gave me the right exposure to the 15s game and England. My parents being able to drive me around the country was key. There were plenty of times where I would question the process and say I don’t want to do this anymore, but they still drove me to the places I needed to be. I think it is easy to become frustrated and think everything is crumbling, it still happens now from time to time. Just being able to speak to someone and for them to say, ‘allow this frustration but to remember why you started, remember you are fantastic and there’s a reason you’re doing what you’re doing and keep on going’. That is sometimes all you need; for someone to rationalize it and let you have a bit of a moan. For me there were plenty of times where I said I don’t want to do it and then mum and dad would go ‘Come on get in the car you are being silly now.’ I am doing it as a job now, so they’ve done something right!

Is there a senior player who has been a bit of a confidante for you?

When I went into the 15s set up Nolli Waterman was a great help. She taught me everything that she knows in the shortest amount of time possible. I didn’t actually play fullback before going to England and as a young 17-year-old coming into the system I had some hard lessons. The first thing I did on my debut was I booted the ball into touch, and I don’t know quite why I did that. I’d seen on the tv fullbacks kick a lot, so I kicked it back and it’s the worst thing I’ve ever done. But Nolli gave me the knowledge and support to say you’re good at running so run. I started studying her and watching how she plays; as we all know she has got some great try-scoring moments. She really guided me and allowed me to fly, giving me the confidence and the knowledge to succeed.

How are you feeling going into these Six Nations, do you feel like the triple is on?

We are in camp every week at the moment, which again we are blessed to be able to do. Each week we are building on from the last, so only getting better and better. We’ve had camps in the snow, the rain and the sunshine so we will be prepared for everything. The vibes are really good and we are putting things in place. Everyone is in a good head state ready to play some international rugby again.

What sort of legacy do you want to leave after your career and how would you like to be remembered?

I’d like to be remembered as someone who broke the glass ceiling, to allow younger girls to do the same. For people to say 'that is what a great women’s rugby player looks like' but furthermore what a great rugby player looks like. I want to show young girls who look up to myself and other professional athletes playing on the big stage that it is all possible. To inspire them to break their own glass ceiling and progress the game even further.