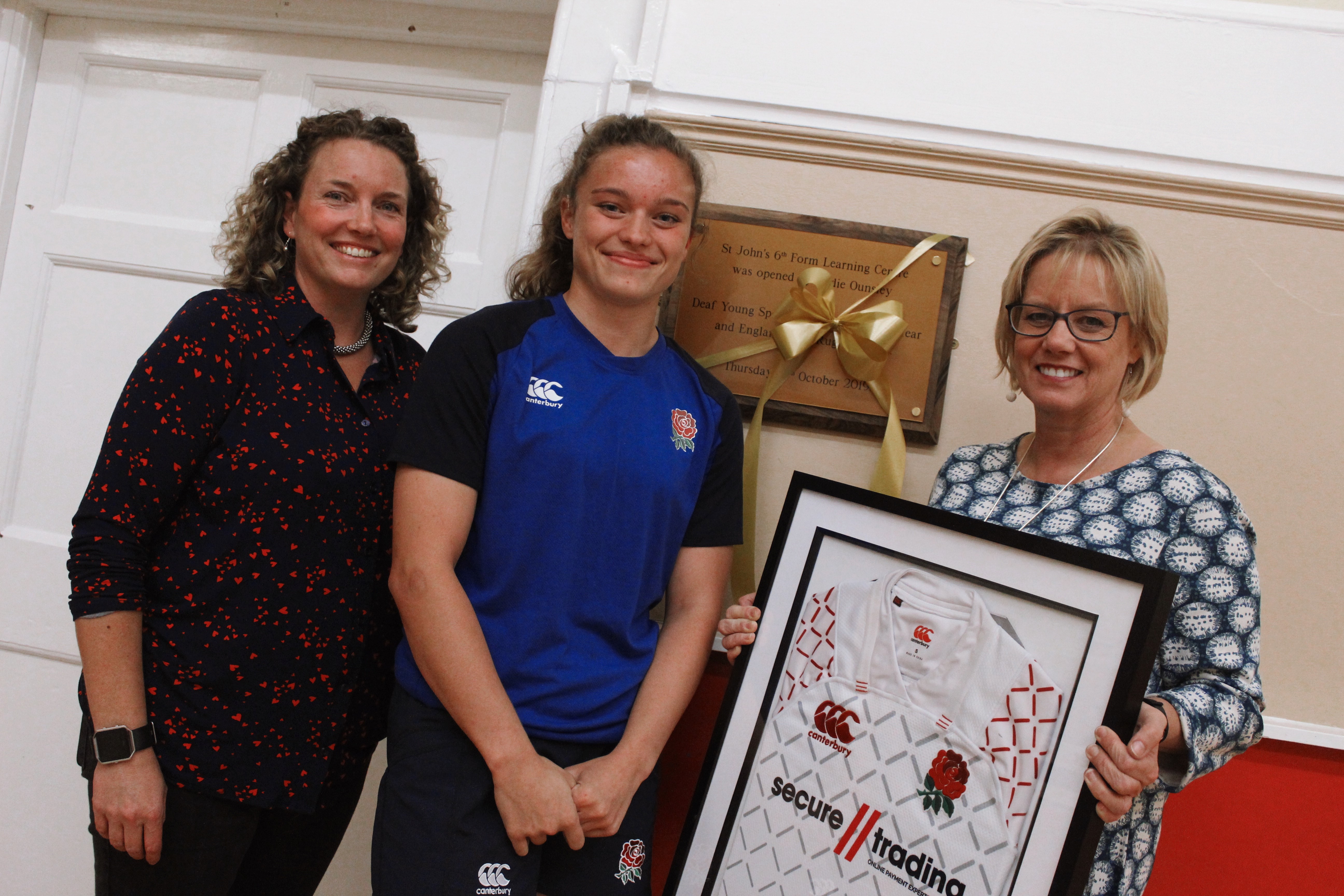 The 18-year-old started her professional journey off with a bang in Glendale, Arizona and scored her maiden try on the HSBC World Rugby Sevens Series stage against Ireland in Cape Town. Following the effect of the pandemic on the 7's game, Jodie has now taken on the challenge of Premiership Rugby with Sale Sharks for the upcoming season.

Born profoundly deaf, the possibility of playing rugby seemed unlikely due to fears her cochlear implant (which enables her to hear) could get damaged, but after doing some research and finding protective gear, Jodie followed in her brother's footsteps and started her journey at Sandal Rugby Club.

But while Jodie's athletic talents speak for themselves, representing Great Britain in the Deaf Olympics and a former British Jui-Jitsu champion prior to her rugby success, it is her off-field exploits that have caught the attention of so many. In just her first season, the England player has started sharing her story with school pupils across the country illustrating the importance of celebrating your differences.

Not only has Jodie started inspiring the younger generation but has also begun her first business venture, with the aim of creating a sports brand specifically for those who feel different and unique. Alongside this she is also creating deaf-friendly fitness videos on her YouTube channel and sharing blogs and videos for the National Deaf Children's Society (NDCS).

Unsurprisingly, these achievements have resulted in a nomination for the 'National Diversity Awards’ as a ‘Positive Role Model’ in the disability category and has earnt her the first Vodafone sponsored Gain Line Award, with a significant bursary towards her personal development. Vodafone are the Official Communications Partner of the RPA and Gain Line Awards sponsor.

On winning the award, Jodie said: "All my teammates, coaching staff have been amazing and really supportive to get me to where I am, but the RPA have definitely had a huge impact, especially Kim Johnson, who works closely with myself and the other girls. On the first day I came in not having a clue on what to do and now I have a business idea for the future and discovered going into schools and finding my true passion. Kim and the RPA have been amazing to me."

Damian Hopley, RPA Group CEO, said: "We are ecstatic to see Jodie Ounsley receive the first Vodafone sponsored award following her incredible support and contribution across the deaf community and we look forward to following her career both on and off the rugby field."

Jodie's RPA Development Manager, Kim Johnson, said: "It's been an absolute privilege to work with Jodie in her first season of professional rugby, and I'm, delighted to see her win this award. She has worked so hard both on and off the pitch, achieving so much in such a short amount of time. And I really look forward to seeing where her journey takes her and seeing her inspire many more on her way."

Anne Sheehan, Director, Vodafone Business UK, said: “Jodie has such an inspirational story and it’s great to see her perseverance and determination paying off. We hope this bursary can assist Jodie in her development and we look forward to supporting others over the coming years."