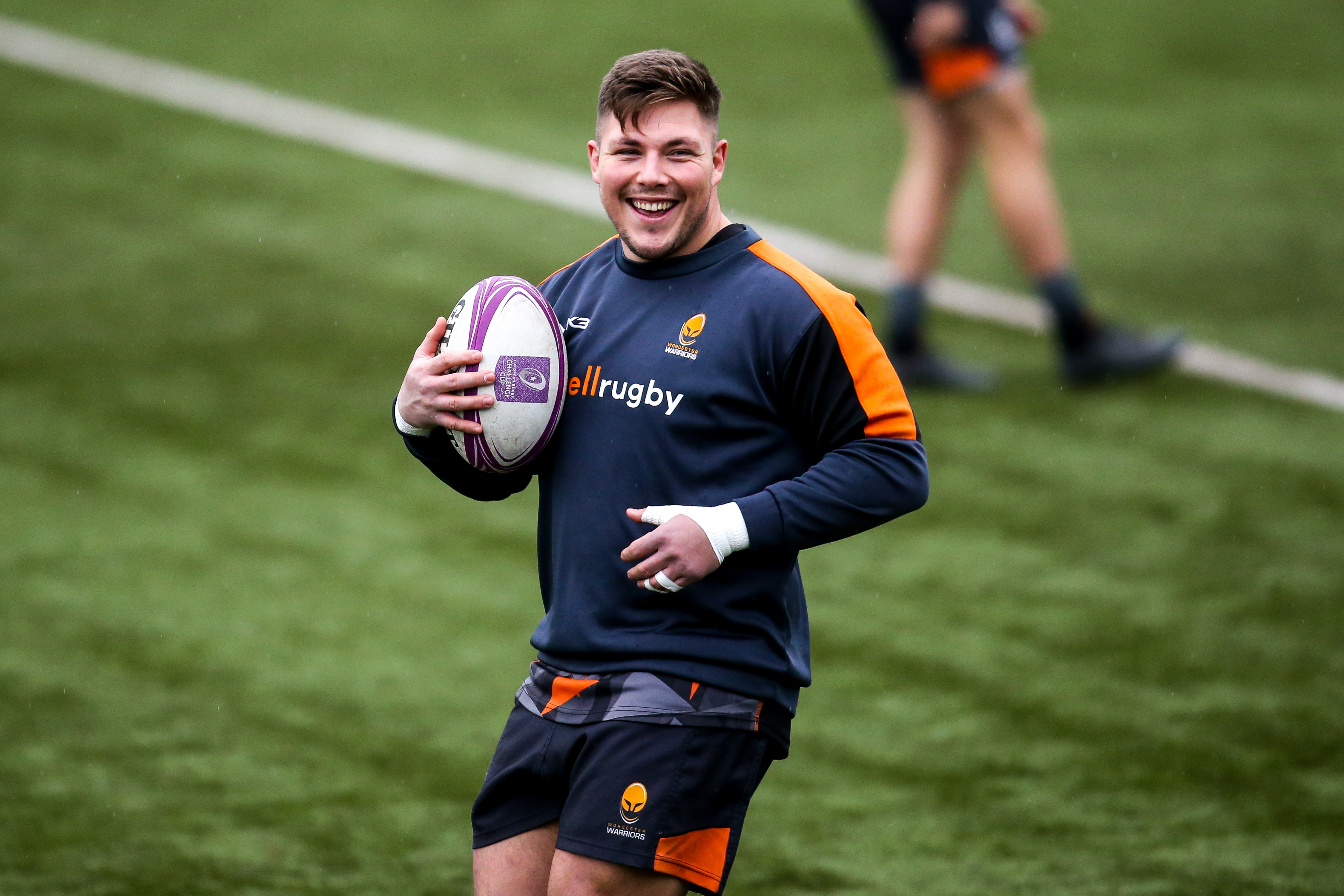 Ethan Waller has today been named the winner of the second RPA Gain Line Award of the 2019/20 season. The award was created to celebrate the proactivity and off-field achievements of RPA members.

The Worcester Warriors prop has become an invaluable member of the team and during his first season at Sixways, Waller was an ever-present fixture, making 25 appearances in the Blue and Gold.

Ethan established his mobile pizza company 'Slice Slice Baby' in 2018 along with his brother Alex. Some exceptional hard work has gone into the business, including a large amount of regulatory compliance, and the company has now gained a permit for curb side operation within Worcestershire by applying through the council.

On top of this the 27-year-old is currently studying for a degree at the Open University in Maths and Business, whilst juggling financial qualifications through the Chartered Institute of Insurance (CII) where he is looking to complete his diploma in regulated financial advising as soon as possible. He is also the RPA’s Player Representative for Worcester Warriors.

Upon winning the award, Ethan said: “You've got to choose something you are passionate about. I don't think you'll ever really commit to something or be able to manage your time well if it's something you're genuinely not interested in. I'm lucky that I've got a good support network here in terms of things off field. Our RPA Development Manager, Jake Abbott, has been great, and Lynette Cutting who's our education officer, has been fantastic."

Jake Abbott, RPA Development Manager for Worcester Warriors, said: “Ethan is an exceptional example of a player who not only gives his all on the pitch but is utilising his time effectively to allow himself the best prospects for a successful second career. He continues to go above and beyond to give himself opportunities and to be a real champion for the Gain Line and for other players in the future."

This is the second of three Gain Line Awards to be made in the 2019/20 season, with the final winner to be announced in May. The award highlights a player’s off-field personal development success and is judged by a panel consisting of RPA Player Welfare Director, Richard Bryan, RPA Non-Executive Director, Joe Ryan, and RPA Alumni Representatives, Chris Bentley and Rob Vickerman.

The RPA Gain Line Programme (jointly funded by the RPA, RFU and Premiership Rugby) is a central pillar of the RPA and provides its members with essential off-field education, personal development, career transition opportunities and welfare support.