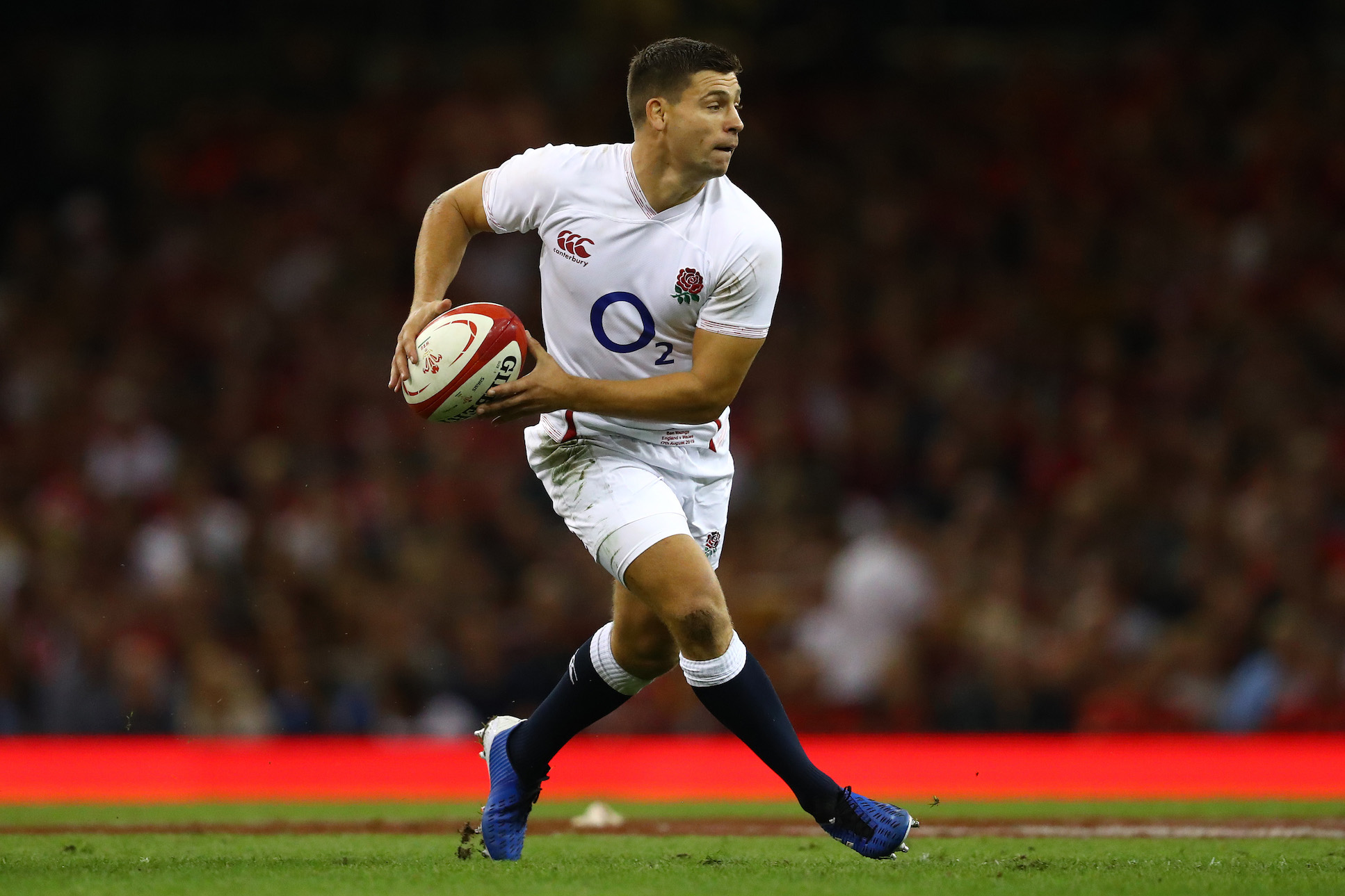 It’s been just over a month since Ben Youngs and his teammates landed back on home soil. And after four years of hard graft and complete dedication – returning to family life has taken some adjusting.

Youngs was an integral part of England’s most successful World Cup campaign in 12 years but following what many consider the game of the tournament against New Zealand, Eddie Jones’s men fell to an imperious South African side.

Now the 30-year-old faces a new challenge – to find a new focus, set new goals and reintegrate into club life, a task that in reality is far easier said than done.

‘I think the first week I got back it was very strange, I did feel very much like I’d lost a sense of purpose and a goal,’ explained Youngs.

‘Coming back I imagine it feels like when you retire, and you suddenly hang up your boots and you go from playing to not.

‘In my personal life – you know my goal is to be a father and a husband and I’m very clear about that, but I think from a professional point of view that first week I did really struggle. I was a bit lost.'

Youngs spent the better part of five months with his England peers, with the collective aim of becoming No.1 in the World. It comes as no shock then that the slower pace of family life did not come naturally to start with.

‘We were together for 20 weeks and some of those guys in that squad are some of my best mates. To then to get to an airport and just leave it is very strange.

‘I went from a Wednesday where it was a game training session, to the following Wednesday where my biggest challenge was doing the family shop. And on the Thursday, I only had to manage dropping the kids off and picking them up on time. I managed it, I was a good ten minutes early. It gives people some perspective, it is very different.’

Youngs returned to Leicester alongside his England teammates George Ford, Manu Tuilagi and Jonny May, but it was his teammate’s dad and Leicester coach Mike Ford who proved to be a useful ear as the he looked to re-establish himself at the club.

‘I sat down with Mike Ford, he’s got such a huge amount of experience not only at club level but everyone forgets that internationally for Ireland and England he’s been to World Cups, so for me he was a really good sounding board,’ continued Youngs.

‘He really spoke openly about his experiences of coming back. That was quite interesting as it was pretty similar to mine, in terms of that lull the first week back. He was able to help me reset and that was great to have him and be able to take a breath and move forward.

‘To then get a game under my belt for Leicester and just get some minutes and get back in the swing of things, kind of reset me and then I could go back on to my goals and start thinking about what I wanted to look at achieving in the next 3-4 years.’

Unsurprisingly the Leicester veteran still finds himself replaying the last 20 weeks, the 'what might have beens' and those unanswered questions, but for Youngs the overriding feeling is one of joy – the joy of being with such a tight group and the special journey they went on together.

‘I still haven’t fully worked out why it didn’t happen yet (in the final),’ he added. ‘I still every so often find myself thinking about it. Equally I look back on it a lot more as an experience, it genuinely was the best rugby experience of my life.

‘After the final Eddie and Owen spoke. It’s hard to know what to say isn’t it because the thing with finals is there’s just nothing in between - there isn’t a game next week.

‘I know we couldn’t have done any more which gives a nice closure on it. I don’t sit here and say what if we did something different, there’s nothing I would have done differently it just didn’t happen on the day. Once we aired those thoughts it was then about realising we are never going to be in a changing room again as that group.

‘It was important to just have a beer and try have a bit of reflection on what an amazing time it had been, and I think we did that pretty well.

‘I think of all the joy that I had with that group of boys and how much fun it was. I spend a lot more time thinking about that than what could have been.

‘I suppose in time I’ll have a look at it and dissect it and try and have my own opinion on where it went wrong. I’m just focusing on the amazing time I had with that group right now.’

And With three World Cups firmly under his belt, the question now looms whether Youngs sees retirement on the horizon or Rugby World Cup France 2023 as a viable option. Judging from his performances, England’s most capped scrumhalf has no interest in slowing down.

‘I don’t see any reason why I should slow up,’ said Youngs. ‘I think everyone will have a different perception of age.

‘I suppose for me no one knows my body better than me, I feel like I can still contribute, and I want to contribute so I’ll be doing everything I can to perform well to put myself in a position to hopefully get selected. There’s no way that I’m slowing up yet and I feel like I’ve still got a lot to give to game.’