Why Sleep Gives Your Health The Most Bang For Its Buck 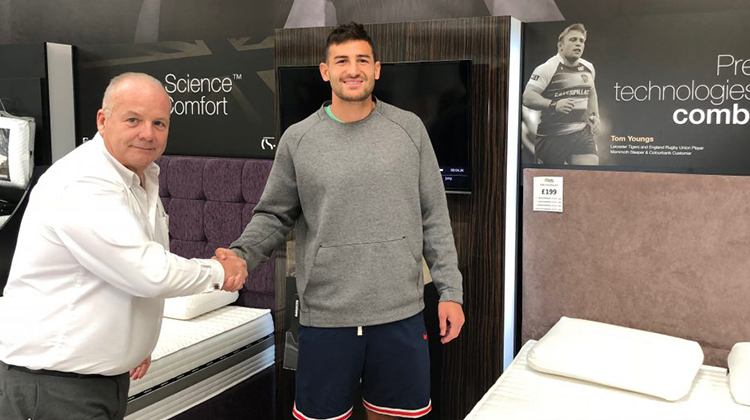 According to a report released by the Institute for Fiscal Studies in 2017, real spending on health increased in the UK from £12.8bn in 1955-56 to £143.7bn in 2015-16. While much of this spending can be attributed to the NHS, spending in the private sector has also boomed in this time.

From supplements to health foods to gym memberships, we invest billions each year to make ourselves look and feel better. But perhaps spending on health and wellbeing should begin with more attention to sleep – something that costs relatively little in the long term.

In 2016, the Bed Federation estimated that consumers paid £450, on average, for a mattress and that they typically changed mattress once every 8 years. That equates to roughly 15p a night or £1.05 a week.

From improved energy levels and attention spans to reduced anxiety and susceptibility to cardiovascular disease, there is little doubt that, when it comes to health, sleep represents genuine value for money. But how does sleep compare to those other things we like to spend cash on to make ourselves feel better?

The average Brit is spending more than £2,100 per year on coffee (£5.75 per day). To put that in some context, that’s 8% of the average salary of an individual.

Yet, there is a strong association between daily intake of caffeine, reduced sleep quality and increased daytime sleepiness – precisely the opposite of what many people drink coffee to achieve.

UK spend on gym memberships has grown rapidly over the last decade.  In 2015 it was estimated that spending exceeded £4bn for the first time.  More than £500m is wasted every year by members who don’t utilise their memberships.

According to a 2017 survey by Totallymoney.com, the average individual in the UK is spending almost £4,500 (£12.32 per day) on their looks each year. Yet research carried out in Stockholm in 2017 suggests that people may be better off paying more attention to their sleep than buying beauty products.

In the study, pictures of a group of young, healthy adults were taken (make-up free) before and after two nights of sleep restriction. These pictures were then shown to strangers who were asked to judge them on their attractiveness, health and trustworthiness. Unsurprisingly, the strangers rated the sleep-deprived group lower on all three counts.

Latest estimates suggest that low back pain currently costs a total of £12.3 billion to the UK economy. This is before we consider the cost of pain medication.

Of course, pain is much more likely to come about if we adopt poor postures, overload the spine or stay in fixed positions for too long on a regular basis. Failing to safeguard our spinal health through the night can come at a serious cost.

Mammoth is the official mattress and upholstery partner of the RPA, offering members an exclusive 40% discount on the recommended retail price (RRP) of their best-selling performance range. Call 0845 838 7767 or email: sarah.smith@mammothuk.com