Propping Up The Bar: Gareth Steenson

Introducing The Stand Off, a new Irish bar and restaurant in Exeter launched by Chiefs flyhalf Gareth Steenson and former teammate Carl Rimmer. We catch up with the pair to find out more.

Firstly, what was the inspiration behind launching the bar?

Gareth: The idea was inspired by the original bar which I had built in my garage in 2014. It was a great space for the lads to relax after a game, have a beer, chill out and watch live sport.  I was then approached during my testimonial season about potentially moving the bar into the Exeter city centre. A local businessman was interested in establishing an Irish bar in the heart of the city and wanted to chat through the opportunity further. We organised a coffee to discuss the idea and he was extremely interested and was keen to move the idea forward. The following week I was having a chat with Carl in the club and he explained he was in the process of finalising his retirement and therefore working on plans to get into business. I mentioned the opportunity and what my plans were, and he was completely sold by the idea. He was interested in investing in a local business and was really excited by the opportunity.  From there the three of us sat down to create a business plan, finalise the next steps and ultimately launch ‘The Stand Off’.

Can you describe the response you have received so far?

Gareth: To be honest, the response has blown us away. We made the conscious decision to launch just before the Autumn internationals to provide the Exeter community with a slick new venue to watch the rugby. With Exeter being a rugby-mad city, it played in our favour and the bar was packed with locals enjoying our comfortable and relaxed environment, and our great selection of food and drink.

Carl: It’s been a surreal experience so far and we are massively thankful for the support we have received. Exeter is our home now. I am from Coventry and Gareth is from Northern Ireland, but we love our city and it’s very special knowing we have built a business that the locals can enjoy.  As Gareth mentioned, we have been shocked by the huge response we have received in our first few months. It’s been a pleasure to work so closely with Gareth, who is incredibly passionate about the business, and our General Manager who has been a huge driver behind implementing a strong company structure. 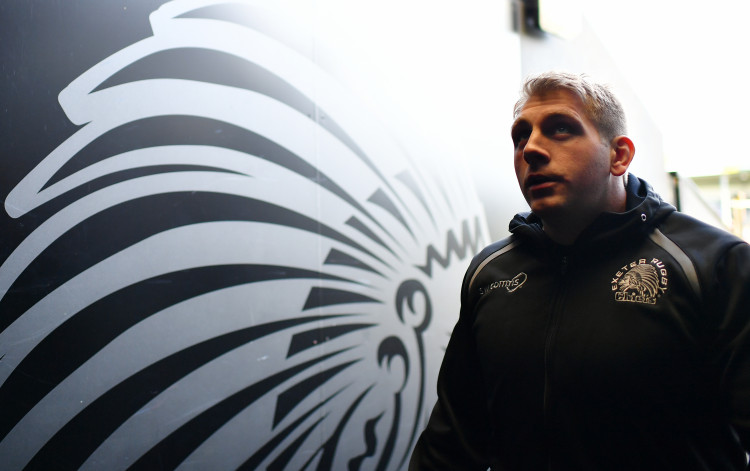 Can you explain what makes your bar unique and different to others?

Gareth: We are an Irish pub so it’s very similar to what you would find if you were walking through the streets of Dublin. That was our goal. We wanted to create an environment which would replicate the experience of visiting an Irish bar in Dublin. We provide a friendly, relaxed atmosphere, with an excellent range of live sport and entertainment. We have eight HD screens for sport and we offer a great calendar of live music on the weekend, ranging from your typical Irish folk music to a great array of more traditional pub bands. Not to mention our menu is to die for. It has a delicious range of options, with an Irish twist.

What is your main goal for the business?

Gareth: We want our venue to be the place in Exeter that everyone wants to visit. Obviously, we need to build our reputation over time and in the short-term that will depend on how we promote and market our great range of entertainment. Ultimately, our aim is the be the number one destination in Exeter for people to come and watch live sport. 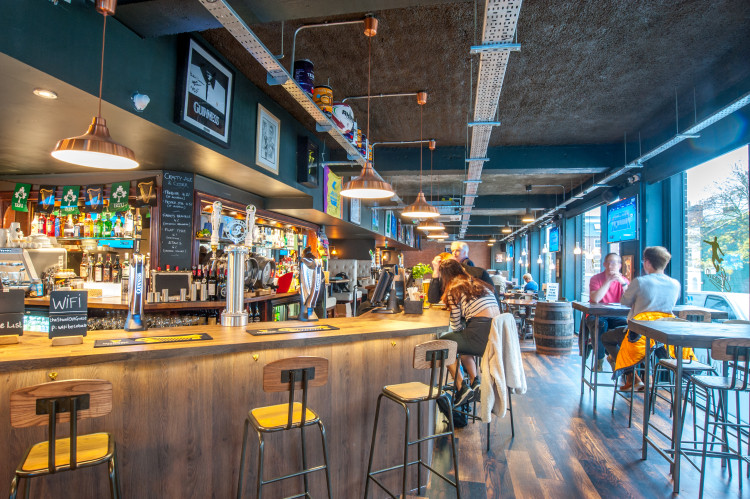 What have you enjoyed the most about launching the bar?

Gareth: It’s been amazing to see an idea that originally started in my garage become this fantastic new business in the centre of Exeter. At first, we were planning on opening a pop-up bar, from October to the New Year, and then analysing what worked and what we needed to improve. However, we made the decision to take a punt and open the business officially long-term, and to be honest that has been the best decision we have made.

Carl: I love what we have built and how it resembles Gareth’s original garage bar. It’s great to be able to hang my shirt in there, be proud of what we have built and witness what it means to the community. For me, it’s also been intriguing to learn how a business is run, especially things that have never been obvious to me. I have developed a whole new way of business thinking and learnt a huge amount from the people we have worked with.

Having been through the experience what would be your advice to other players thinking of launching a bar?

Carl: I speak on behalf of both of us when I say it’s vitally important to reach out for support and seek the opinion and advice from industry experts. While it’s crucial you remain true to your idea and vision, you need to be open to suggestions and advice. When it comes to choosing the ideal venue make sure you take your time and make informed decisions. What we learnt through our process is that there are loads of successful bars who are too happy to hand over their lease to you and walk away, which can tell you a lot about the potential industry risks. They may look great on the outside but there will be problems that you won’t be able to see initially but could cause you massive issues in the future.

Finally, is your Guinness as good as you would find in Ireland?

Gareth: Absolutely, in my opinion it’s the best pint of Guinness you will find in the UK.

Carl: I stand shoulder to shoulder with Gareth on this one. It’s a delicious pint of Guinness and trust me when I say you won’t be disappointed.

For more information on The Stand Off please follow them on Twitter: @TheStandOffExe or for bookings email: mailto:info@thestandoff.co.uk or call: 01392 982159.