From Player To DM: Mike McCarthy 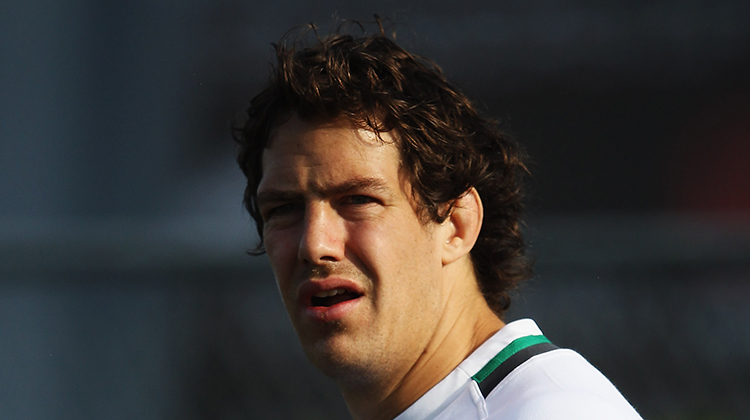 We speak to former Ireland and Leinster lock, Mike McCarthy, to hear how he has made the successful transition from playing professional rugby to working as an RPA Personal Development Manager for Newcastle Falcons and Sale Sharks. Mike chats through his first few months in the role, his passion for helping others and explains why he believes it’s the perfect job for ex-players.

It’s been an exciting and insightful first few months working for the RPA. I am loving the role and it’s great to give back to the game and support the next generation of players. Having only just recently retired from the game, I feel I can strongly relate to the players and understand what they are experiencing. I played rugby for 17 years at four different clubs, and while every experience was different, it’s given me a huge amount of understanding of what makes a rugby player tick. You need every aspect of your career rolling in the right direction and with that you need strong support around you. I feel in my role as a Personal Development Manager (PDM) I can be there for the players and support them with their preparation for a successful transition out of the game.

I wanted to become an RPA PDM because I am very passionate about helping players succeed. Throughout my career, I was proud of my identity as a rugby player. I loved my career and enjoyed what I did as an occupation. I always tried to empty the tank on the pitch and after the game I enjoyed the good times with the lads. When that all came to an end, I knew I needed to somehow remain involved with the game. Coincidently, I was in the process of moving back to Newcastle for family reasons when I saw the vacancy advertised. It was a light bulb moment for me and I applied straight away. It was the perfect fit because it not only gave me an opportunity to remain directly involved in the game, but also presented a strong new challenge.

As a rugby player you live in a bubble where everything is organised for you and maybe you don’t fully realise that until you exit the game. You have your training planned for you, your food prepared, your travel booked, and you get told what to wear and when to be somewhere. When a player retires, I think they certainly feel lost and miss that competitive environment, routine and schedule. I had lost my identity and it hit me pretty hard (I’d been a professional rugby player from 2000 -2017). I wasn’t really sure who I was and where exactly I wanted to go. I felt like I didn’t have a purpose and it was frustrating to feel I wasn’t able to make a difference. With my new role at the RPA that feeling has totally flipped I now feel I can make a big difference and add value by helping players so their transition at whatever stage that may be can be as smooth as possible.

In any new career you will face challenges. Specifically, as a PDM it will take time to build relationships with the players, coaches and club management. It’s not going to be something I can instantly crack but every day I feel more confident in the role, I am building good relationships with the players and the clubs. One of the main challenges I have faced early in my role is juggling my time with 110 players, spread across two different club environments. I have to learn how each player operates, understand what they need, where they require support and then plan my time accordingly. Thankfully I am blessed with two brilliant Player Representatives in Sam Lockwood at Newcastle Falcons and Josh Beaumont at Sale Sharks. Both guys have been a huge help for me and I thoroughly enjoy working with them.

The role of a PDM is a great fit for a former player because you can relate to what the guys are going through. Retiring from the game isn’t all doom and gloom, but there are moments where players go through tough times and need support. As a former player you have lived and breathed similar situations and therefore will be in a great position to help. From my experience so far, I strongly encourage former players to put their hat in the ring if they ever get the opportunity. It’s a very rewarding position and you can remain fully connected with the game. Ultimately, you are supporting the people who make our game special, and that’s the players.

Four Of The Best

I feel very lucky I had the opportunity to play for four outstanding clubs. As a young fella, Wasps was a great place to start my rugby career. I didn’t feature in too many first-team matches but I had the opportunity to play under Warren Gatland who was an outstanding coach. I also played alongside some extremely inspirational blokes in Lawrence Dallaglio and Simon Shaw who were a great influence. My time at Newcastle was a lot of fun. I went there with a very inexperienced rugby CV, but Rob Andrew signed me and that was where I found myself. Newcastle is such a great place and we had an excellent squad, making the quarter-finals of the Heineken Cup was a big highlight. Connaught was another great experience and Galway was a lot of fun. There’s no doubt we went through some tough times, but it taught me resilience, and it’s been great to see the success the club is now achieving. The city is very special with lots to do to keep you entertained away from rugby. The pubs and bars are always buzzing and there’s great annual events such as the Galway Races and Oyster Festival to look forward to. My time at Leinster I look back on with a huge amount of pride. As you would expect, Dublin life is very different to Galway, it’s a much bigger place but as a family we loved it, living near the beach was amazing. I can say I have great memories from all four clubs I played for, was lucky to play under many great coaches, and made some lifelong friends along the way.

I was a late bloomer to international rugby. I didn’t receive my first Ireland cap until I was 29. It was against Scotland in 2011 at Murrayfield and I had my whole family there which was amazing. With my grandparents being Irish I have always been incredibly proud to represent their heritage and pull on the green shirt.  I enjoyed some great times being part of the Six Nations winning  squads in 2014 and 2015, it was incredible and something that I look back on with pride.