Where Are They Now? Shane Monahan 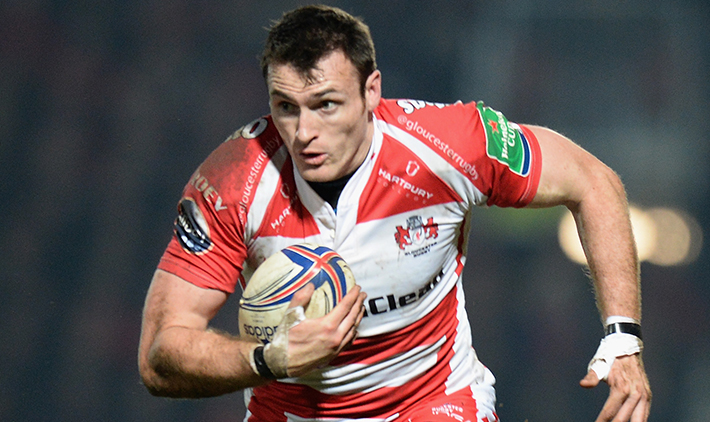 With the RPA recently joining ‘Limor’, an exciting new social media platform for audio and podcasting, we chat to the man behind the business, former Gloucester Rugby, Munster, Leinster and Connacht wing Shane Monahan.

First things first, what is Limor and what does it do?

Limor is the next evolution of social media into voice and audio. Limor removes the traditional barriers of entry often associated with audio and traditional podcast creation, while simultaneously bringing together content creators and listeners in a new social community. The app allows you to record, edit, share, listen to and replay audio and traditional podcasts instantly from your smart device in a social media environment. You don’t need any software or editing equipment, you can create and edit your cast, within minutes, just using your fingertips. You can also talk directly to friends and followers via the revolutionary new voice commenting section, increasing engagement with your followers and listeners. The easy, simple nature of the app is embedded in our business name, Limor, meaning ‘Less is More’. The app is completely free, and the sign-up process is quick and easy. So, if you haven’t already, please join our conspiracy and download Limor from the App Store or Google Play.

What was the inspiration behind Limor?

I came up with the idea in December 2014 while playing for Gloucester. I was at home in Ireland with my family for a couple days over Christmas and was chatting to my father about his role working for a voluntary group trying to get city status for our home-town, Drogheda. He was explaining the frustration he was feeling of not being able to communicate effectively to the town about all the hard work being put in by the group. He spoke of how he would write letters to the newspaper asking for support and nine times out of ten they wouldn’t get published. So, with my Dad already feeling annoyed by the situation he asked me if I knew of any way he could easily get the news out there. I told him he should start making podcasts. He had no idea what a podcast was or what they did, so I had to explain them to him. Once I did, he was totally sold by the idea but wanted to know how he could get started. I explained to make a podcast you need headphones, recording equipment, microphones, laptops, editing software, web hosting and a social media account. He looked at me and said, ‘Stop there Shane, that’s way too much information and effort, I am not interested’. That’s when the idea popped into my head, I thought to myself ‘Wouldn’t it be great if there was an audio app you could download to your phone which was quick and easy and could be used by someone like my Dad’. At that moment I knew I had something worth exploring.

Can you describe how the business was then launched?

Fresh from the conversation with my Dad I returned to Kingsholm with the idea safely stored in the back of my mind. At the time, I was really into my painting. I had established my own business, Shane Monahan Designs Ltd, and had painted portraits of a variety players, including international legends Paul O’Connell and Mike Tindall. For each portrait, I would listen to a podcast to help me concentrate and zone out. This is where my passion for audio came from. However, I would find myself spending hours trying to download the podcasts from the various sites, such as Apple, Google or YouTube. I knew from that point on, my app needed to be quick and simple to use, without the hassle of waiting for the podcast to download. I wanted it to be easily available to all users, no matter where you are in the world, or how young or old you are. That’s when I started to think to myself, ‘what is the best way to get access to millions of people for free?’, and the answer soon became evidently clear, social media. If I could combine the best aspects of social media with audio and voice I would have a sustainable product. Limor was then officially launched on the app store nearly two months ago. It took me almost a year from when I came up with the idea in December to 2014, to when we pulled the trigger on the business in November 2015. It’s then taken me another couple of years to speak to businesses, get funding, and build the app ready for launch, making sure it compatible on both IOS and Android.

What excites you the most about creating a business from scratch in such a competitive market?

The challenge. Since day one, I have been told I have no chance against the social media giants. People have always said, Limor won’t stand a chance against Facebook, Twitter, Instagram and SnapChat. I think differently. I see Limor as a unique product, which is currently operating in a massive gap in the industry. No one else has done this yet, apart from me. There is no platform currently in place where its soul foundation is audio. I don’t see Limor as competing with the social media giants, I see it as complimenting them.

How would you describe your transition from the game?

I was prepared. I always knew I needed to be ready for my retirement. While I was playing for Leinster, I gained a degree in Product Design from the Dublin Institute of Technology. The degree was essential and has been massively beneficial in helping me understand what is needed to launch an app like Limor. My last year playing for Gloucester was the toughest of my career. We had a new set of management and I went from being in the squad nearly every week, to not being in the squad for the whole season. I also suffered a serious shoulder injury half-way through the season and therefore my stock as a player fell even more. I fought my way back, got fit and completed my rehab, but unfortunately, I was let go from Gloucester and ended up at Munster. I loved my time back in Ireland, it was a great squad, but all along I knew I needed to act on the idea of Limor which had been sitting at the back of my mind for a while. After the 2015 World Cup I was not offered a full-time contract by Munster and knew my rugby career was just about over. I then started six months of martial arts training at Conor McGregor’s gym in Dublin. It was brilliant because I didn’t go cold turkey after rugby. I trained six days a week for six months, in the gym for 6am every morning. It was tough, but it was my detox from the game, and helped me massively. A week before my final fight, we pulled the trigger on the app, and at that point I knew 100% I was not going back to rugby and my future was with Limor.

To listen to the very first ‘RPA’s Cast’ with Shane, discussing his transition from rugby and the inspiration behind launching the app, please download Limor for FREE from the App Store or Google Play. For more information please visit: www.limor.ie