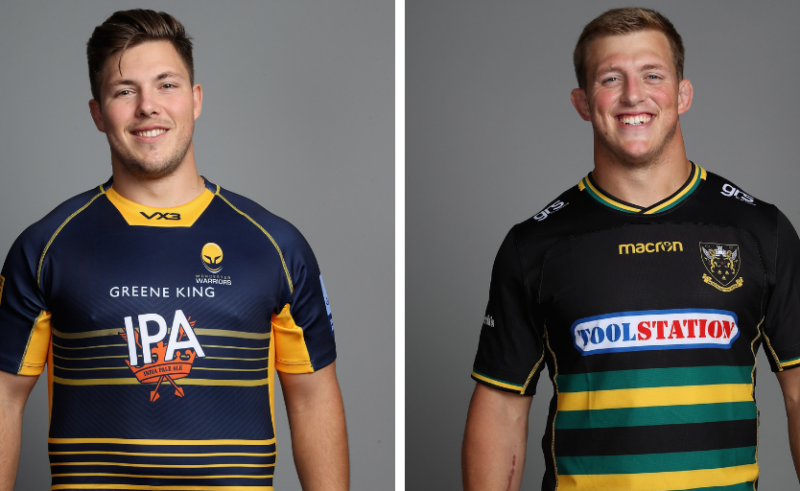 Meet Ethan and Alex Waller. The brothers who are aiming to take the pizza world by storm. Ethan (Worcester Warriors) and Alex (Northampton Saints) have just launched ‘Slice Slice Baby’, a mobile pizza business, set-up within their very own renovated horse trailer. In this entertaining and insightful blog, Ethan takes us through the final stages of the launch, describing the challenges along the way and explaining why their first event took them all by surprise.

So, it finally happened. After having navigated through a variety of ups and downs, we finally had our first official outing, on the 30th September.  I think one of the most surprising things about this whole escapade was the amount of admin. I'm not an idiot, I knew I was going to have to do quite a bit to get this off the ground, but sweet Christmas, I think I've read more in the last nine months than I have in six years of my degree. However, seeing as my brother occasionally struggles to spell his own four-letter name, this job, sadly, fell in my lap. As riveting as it would be to reel off the number of things I've had to do to make pizza, just know that if you ever get into this food business, it will more than likely take considerably longer than you anticipate. Just a heads up.

Fast forward to the physical stuff. Namely the trailer. Trailer issues have been plentiful. First off, we bought a trailer from eBay which was a little bit battered (issue #1). Next, we realised that neither of us had a licence to tow it (issue #2). We also found out that it was completely unworkable when we went to get some new panels put on it (issue #3). It’s now sat on one of our friends’ farms whilst we try and figure out a new use for it.

What about the pizza issues? I hear you exclaim, aggressively. The only real issue is how many of them I've had to eat over this period. It’s a damn shame. It really is. A minimum 4kg of mozzarella, which actually brings a tear to my eye. Makes sense as to why you should never trust a skinny chef though. Solves that little mystery. The ever-courteous Mr Christopher Pennell was kind enough to offer us an opportunity to get the ball rolling at his cricket/rugby crossover game. Arguably the perfect place to start, as inevitably, the majority of our clientele would be the Warriors lads. So, barring the obvious abuse that was going to come my way, the pressure wasn't as full on as it could have been.

That didn't stop me getting just a wee bit stressed mind. After having put so much time and effort into the whole project, if the first go was a flop, I would have been unbelievably frustrated. So, getting to the ground an hour later than expected, and leaving all the pizza boxes at home was NOT the ideal opener to the day. Cue a pretty gratuitous number of expletives as I drove back home, plus a few more when I clocked that I hadn't got any change ready.

Luckily, I tend to think a little outside the box. With banks closed on Sunday, what would you do? Ask someone at a till, right? Wrong. What you do, is you find the small packs of Haribo (10p a pop) or some 30p Freddo's (daylight robbery) and take them to the self-service till. Pay for each pack individually with a £10 note, and boom. You've got yourself some change, via an extremely long-winded method.

I get back to the ground with half an hour to spare, and we were back on track. Thank god my better half was there. Had I done as I'd intended, which was give the whole thing a go on my own, I would have crashed and burned all the pizzas. Fortunately, she has such an in-depth knowledge of my ego that she's aware when I take too much on. So, whilst I was busy practicing my best pronunciation of every swear word in the English language, she managed to light the fire, get the ingredients organised and laid out, connect us to some electricity, and get some music playing. What an angel. Born to be in the mobile catering industry. (In all seriousness though I would have been up the metaphorical creek without a paddle if she wasn't there. Kate I owe you one!).

Then we were off. A quiet first 20 minutes, but once it was announced where we were on the tannoy, the orders came in thick and fast. The conveyor belt was moving well, but the best will in the world, I think we took on too many orders in a short period of time. Each order only takes about two-three minutes start to finish, but when you've taken 14 orders in about 15 minutes, some involving more than one pizza, you're naturally going to accumulate a backlog. In hindsight, probably a good thing it was a cricket game. We did catch up, but it took a bit longer than I would have liked. It's all a learning experience after all. We sold out just as the game finished, and I felt like I'd played 80 minutes. Never let anyone tell you that this job is a cake walk.

Overall the feedback we received was very positive. I already know that there are a few ways that we can, and will, improve. So, I guess we grow and grow from here! Thanks for all the support we've had, from those who read our regular website blog, followed us on Twitter, Instagram and Facebook, have tasted the pizzas, and more importantly, have bought any pizzas from us. Stay tuned. There’s plenty more to come. We're officially open.

Looking to source food for your next event? Get in touch with Ethan and Alex at Slice Slice Baby via email: sliceslicebabyuk@gmail.com or by visiting www.sliceslicebabyuk.com.