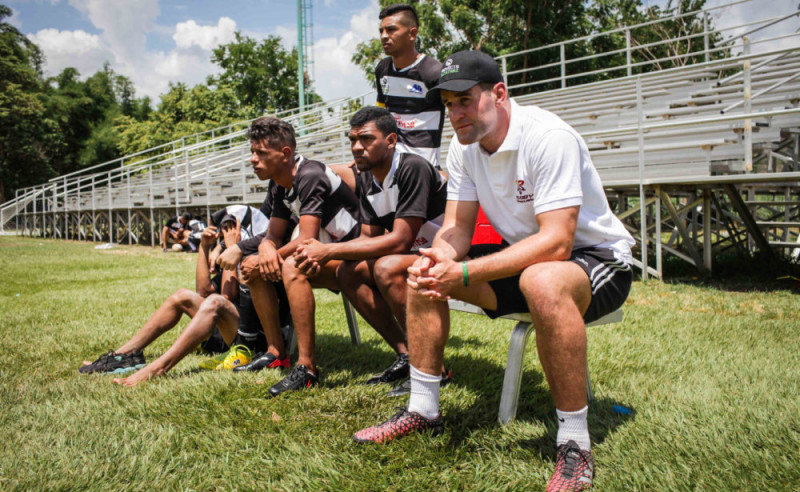 This summer, Saracens back-row Calum Clark spent a week in Venezuela experiencing Project Alcatraz, a highly successful community initiative formed in 2003 by RPA Business Club member, Santa Teresa. The project aims to use the game of rugby to tackle gang crime in Venezuela and transform the lives of violent youth offenders. In his own words, Calum describes the life-changing experience.

The Power Of Rugby

The Alcatraz Project was initially formed in 2003 when three gang members held a Santa Teresa security guard at gun point. Two of the three attackers were detained and handed over to the municipal police. Santa Teresa intervened and suggested two punishment options: either, return to police custody or, for three months, work with Santa Teresa doing intensive labour without remuneration to pay for their crime. After a brief negotiation, both chose the latter option, and days later, they requested to include other members of the gang. The first Alcatraz group was formed with 22 members from one gang; and the second group consisted of 34 members of the rival gang. One of the most significant aspects of Project Alcatraz is the integration of rugby into the programme. Not only do the men foster the values of rugby, but once the men are on the pitch it also allows for the release of huge physical energy, which may have otherwise been exerted negatively. Combined with education, psychological treatment, labour and community service, Project Alcatraz continues to be a hugely successful programme. Rugby practice occurs three times a week, and over the last few years Project Alcatraz has entered a team in the international 7s rugby championship, winning the silver cup at the Universidad Central de Venezuela tournament.

My inspiration came from reading a BBC article on the project in 2015. It really opened my eyes and caught my interest. I then became aware of the RPA’s partnership with Santa Teresa and reached out to the project team. With the support of my RPA Personal Development Manager I organised a trip to Venezuela this summer to spend time learning more about the project. I spent a week in Venezuela and found it to be an incredible experience. It was enormously impactful and gave me an opportunity to escape my everyday world and learn more about this amazing project. It was a very humbling week and made me proud to be a part of the rugby community. The prisoners are desperate, but rugby gives them hope. It provides a crucial distraction, allowing them to focus on the game, giving them the chance to improve their body and mind every day. Personally, having the opportunity to experience a country like Venezuela was massive. The country is currently in a very difficult situation, going through stages of high-inflation and political unrest, and to see the project doing so well despite these problems is a credit to everyone involved.

The project had an enormous impact on me and inspired me to want to do something like this again. Everyone at Santa Teresa was terrific, they are an outstanding business, who completely took me under their wings from the moment I arrived. I had the opportunity to tour their factory, try the different rums, and get to know the founding brothers, Alberto and Henrique Vollmer. They are great people, who are amazing to chat to, with such an interesting view on life. The success of the project is down to their vision and the dedication of their team.

From my experience, I would encourage all players to head over to Venezuela and spend some time with Santa Teresa. Obviously, it’s not for everyone but I found it such a life-changing experience and I would fully recommend it to anyone involved in the game. Not only will you gain superb insight into how a sports project is delivered, you will also gain valuable understanding of how a business operates. Santa Teresa are a terrific company, and I walked away from the experience with a whole new understanding on business, learning how the rum market works, and what makes a product successful.

- To date, 10 groups have participated

- A total of 300 people directly involved

- 11 jails now have a rugby program

- 440 people have learned values such as respect, discipline, humility and teamwork

- After the implementation of Project Alcatraz the rate fell to 24 homicides per 100,000 inhabitants

- Since 2013, 6 Penitentiary Tournaments at Hacienda Santa Teresa have been organised