Get To Know: Mark Lambert 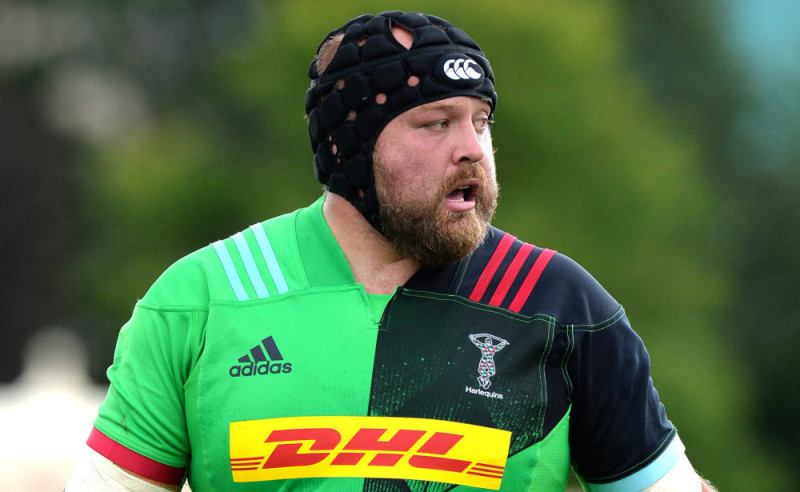 Embarking on his second season as RPA Chairman, we chat to long-serving Harlequins prop Mark Lambert.

It’s been hugely interesting and a terrific experience so far. Rugby is going through an interesting period and to be at the coalface of a range of different player issues, in particular the season structure, has been an entirely new experience for me and something I have thoroughly enjoyed.

Biggest learnings from the role?

I have learnt an incredible amount during my five seasons working with the RPA. In particular the last 12 months as Chairman has definitely been a huge learning curve. As a player it’s easy to hold an opinion on an issue, or sway towards a specific side of an argument. But when you’re sitting in a board meeting, with a range of stakeholders, you need to understand everyone has the right to an opinion, and you don’t have to agree with what everyone says. As Chairman, it’s about being calm and patient, allowing different opinions and arguments to be heard by the Players’ Board and then working together to find a suitable solution. Otherwise nothing will change.

The game has been through a period of increased growth and now is enormously high-profile. There are huge amounts of positives that come with that for players, in terms of profile, career opportunities and earnings, but the game is also very demanding, both physically and mentally. We have to work together to strike an even balance for our players. It’s important as the players’ union we put their welfare and rights at the centre of any decisions being made.

Obviously first and foremost I would love to continue in the role as Chairman. I felt very privileged to be voted in by my fellow players last season, and I understand we have to go through the same process this year, but I will certainly put myself forward for the role again. We have made a huge amount of progress in the last 12 months, the season structure discussion has been very positive and we will continue to work tirelessly this season to agree the best possible outcome for our players.

I started playing rugby at the age of eight at school in Guildford. Believe or not I began playing in the centres. My biggest rugby memory as a kid would be watching England clinch a draw against the All Blacks at Twickenham. The year was 1997 and I remember watching Jonah Lomu at his destructive best and being totally inspired by his raw strength and power.

Away from the pitch?

That answer has changed a lot in the last couple years as I now have a young family. I obviously spend loads of time with my wife and son, I absolutely love being a dad and it something that really drives me forward. I am also a massive sports fan, with cricket and golf being two of my favourites to watch. Away from sport, I really enjoy watching good films, going to the theatre and heading out to nice restaurants.

Big Fulham FC fan, how will they fair in the Premier League?

It was an incredible second half of the season for Fulham. Unfortunately, I missed the play-off final because I was away on holiday but luckily my dad was there. It’s brilliant to see them back in the Premier League. I have high hopes for this season. We have a strong manager, and an exciting group of young, talented players. I am always optimistic and would love to see them finish mid-table. However, as long as we don’t get relegated, I am happy with finishing 17th.