Man In The Middle: Karl Dickson 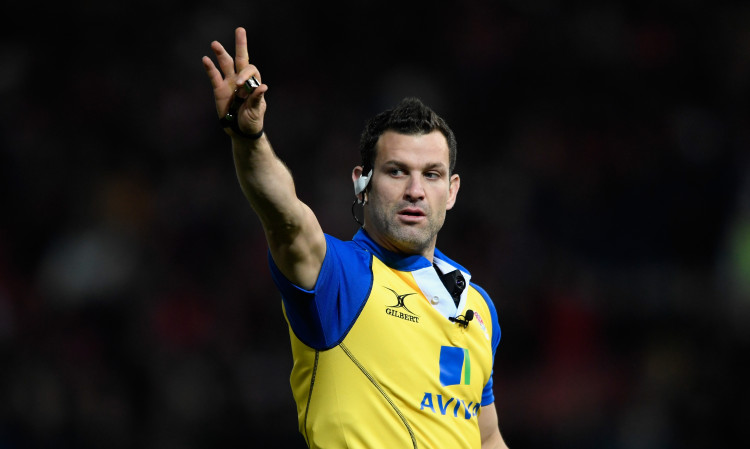 Fresh from hanging up his playing boots, former Harlequins scrum-half Karl Dickson is now making the big calls in the middle. The 35-year-old, who retired from playing at the end of the 2016/17 season after 167 appearances for Quins, has made the successful transition from professional rugby player to full-time referee. We catch up with Karl to get the full lowdown on his new career, understand the challenges he’s faced along the way and hear of his dream to officiate at the highest level.

You featured in the RPA Players’ Room Magazine in 2014 speaking about your refereeing aspirations, four years later you’re now a full-time referee, how does that feel?

It’s a brilliant feeling. Obviously back in 2014 I had big ambitions to become a referee so to make my goal a reality is fantastic. I’ve really enjoyed the experience so far, it’s a big privilege to be still heavily involved with the game and it’s made my transition from playing so much easier. It’s allowed me to continue doing something I love. Obviously, it was tricky juggling both commitments while I was still playing professional rugby, especially trying to switch mentality constantly from a player to a referee. However, it’s a great feeling now that I can focus purely on my refereeing, maintain that mindset and continue developing within the role.

You made your Premiership refereeing debut in November. Can you describe the experience?

When I first heard about my appointment I was extremely excited, especially given it was such a huge match between Gloucester and Saracens at Kingsholm. I was then told it was going to be live on BT Sport and I thought to myself, “wow ok, this isn’t going to be an easy first game”. Obviously, I was very nervous but once I got down there, got myself ready and blew the first whistle it just felt like any other game of rugby.

Can you describe some of the biggest challenges you have faced so far?

The whole experience has been a huge challenge but that’s what drives me to continue getting better. I have refereed difficult matches and faced stressful scenarios within games but I think I thrive in those moments. For me it’s about working hard every day, improving aspects of my own game that will then benefit me during those high intensity matches. I know the different laws and interpretations, that’s a given, but it’s about understanding the greater picture, developing each of my own assets to give me the best opportunity to excel.

Do you feel players act differently to you now as a referee?

They act the same to an extent. We all understand that when where are on the rugby pitch we’re there to do our job, whether you’re a player, referee or coach. We can all be the best of mates off the pitch but when you cross that white line our focus is to deliver a strong performance and achieve our goals. Obviously I am still good mates with a lot of players, especially the guys I played with, but if you’re making tough decisions or being scrutinised for a bad call, they are going to treat you exactly the same as they would any other referee.

How do you handle the pressure of enforcing the laws on the pitch when players might not agree with them?

I really enjoy the pressure and, at the end of the day, that comes back to knowing the lawbook and having full understanding of each interpretation. As a player you will always push the line on certain laws, sometimes you will agree with them and other times you will feel hard done by. But as a referee my job is to explain my decisions in a clear and precise way, making sure the players understand why I made the call.

In 2014, you spoke of your dream to referee at international level. Is this still the goal for you?

Absolutely, it’s the main goal. Any referee would by lying if they said they didn’t want to referee at international level and take charge of the big games. Ultimately for me though it’s about working my way to that position. So far I have refereed at Championship and Premiership level and that remains my main focus. Once I am ready I’m sure I will grab the opportunity with both hands.

Do you have any role models in the refereeing ranks?

Definitely the guys who played professional rugby and have now forged a successful refereeing career. Glen Jackson and Nic Berry are two referees who I take a huge amount of inspiration from and look up to. Wayne Barnes has been incredible too. He is my coach and we sit down most weeks to look at my games and analyse areas in which I can improve.

What do you enjoy the most about refereeing?

I love that I am still connected with the game in a big way. It’s given me the opportunity to continue something I have a huge passion for and stay in contact with the guys I played with. I enjoy the pressure of being a referee, feel confident in making the big calls and enjoy the game as I much as I ever have.