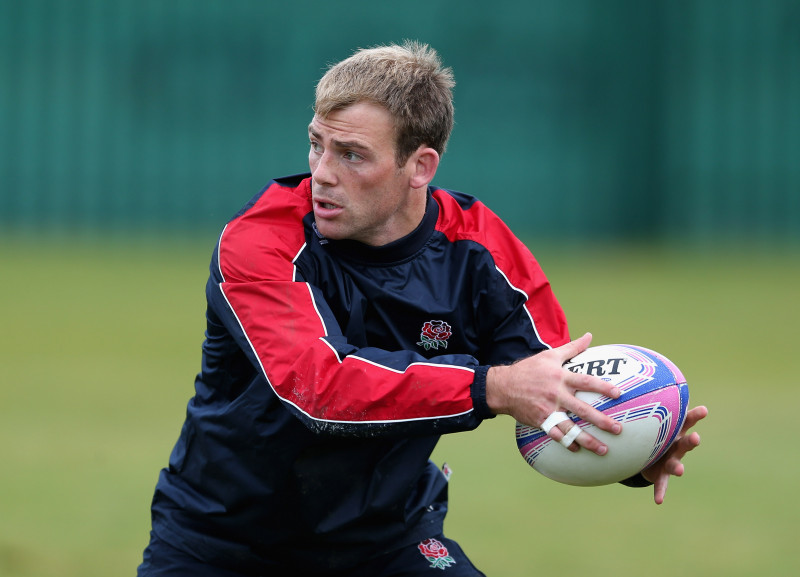 Former Newcastle Falcon and England 7s captain and current Alumni Representative Rob Vickerman shared his experiences at the inaugural RPA Transition Talk, given to England 7s. We sat down with Rob to hear why he believes the initiative is so important.

Why did you want to get involved with the Transition Talks?

I was originally approached by Richard Bryan and Caroline Guthrie at the RPA to talk to players about the crucial point of moving from player to ex-professional and the pressure, emotions and stress this can inevitably cause. Having been through it recently myself I know first-hand what it feels like and therefore wanted to help in any way I can. The first presentation with England 7s was difficult, it was probably one of the harder talks I have ever given. I’d played with a lot of the players, and being open and honest with them was tough.

Why is the initiative so important?

I don’t think any player could claim to have had a smooth transition out of the professional game; rugby is one of the best environments you could ever experience. Players rely on their weekly schedule and when that all comes to an end it’s a very strange and empty feeling. The RPA’s Transition Talks will play a vital role helping players to understand some of the difficulties they may face, but also encourage them to start planning for their future post-rugby. I am exceptionally proud to be helping our players and working with the RPA to share my story and increase awareness.

What was the reaction from the players?

It was a strange experience to be honest. Normally when you give a presentation you have questions throughout and an open discussion, but this was different. It was very quiet. It felt like the players were taking in every single word I spoke. There was a real mix of players in the room, from guys who have just started out in the England 7s programme at 18, to the older, experienced players who have been in the shirt for a while and are now starting to think about their futures. I spoke to a few of the players after the presentation and the response was fantastic. They found it incredibly beneficial and were hugely thankful that I’d explained my own transition. Hopefully this is just the starting point.

Can you talk us through your own transition from rugby, in particular the emotions you felt after being forced to retire through injury?

I left the England 7s programme mid-way through the 2014/15 season which wasn’t ideal, but I managed to secure a contract with Championship club Yorkshire Carnegie. From that point I knew I really needed to start thinking about my post-rugby career to make sure my transition was as smooth as possible. From day one of playing for Carnegie, I asked myself the simple question, ‘what would I do tomorrow if I could no longer play rugby?’. It just happened that my plan of going out on my own terms was brought forward to January 2015 when I sustained my neck injury at the age of 29. It was incredibly frustrating and hit me very hard at the time. I wanted to continue playing but at the same time I was hugely thankful that I had already put plans in place for my transition. I can’t begin to describe how important that planning was throughout my career. I needed to make sure that if the worse did happen, I could continue to support my family. I love what I do now. I founded my own business, Work Athlete, as well as covering a range of rugby competitions as a pundit and commentator. Ultimately, I miss the game massively and don’t think I will ever lose that feeling. But that is a realisation you have to come to terms with.