Where are they now? DEAN MUMM 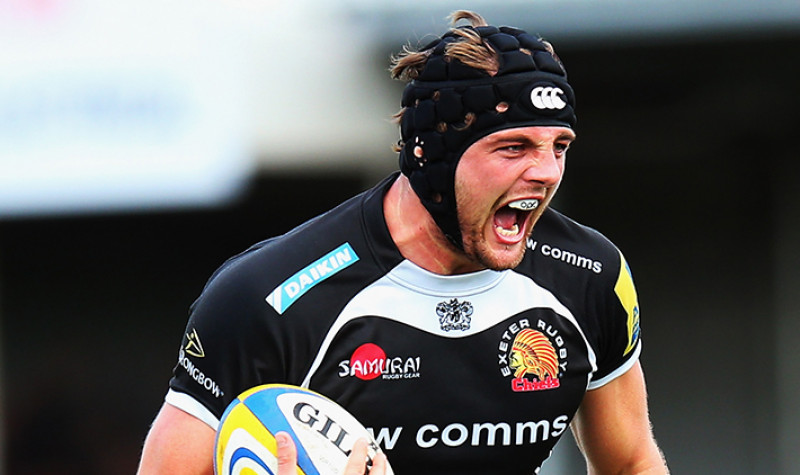 Fresh from hanging up his boots in 2017, we catch up with former Exeter Chiefs captain Dean Mumm to hear more about his new career in Sydney and find out why he’s trekking across the North Pole in April.

Congratulations on the new job. Can you explain how it all came about?

I’ve just started working in Sydney for a British insurance company. While I was playing in the Premiership I met a range of contacts who were brokers working in London. One of these contacts was a guy called Rob Turner, who lives in Exeter but spends the majority of his week working in the city. We got talking about potential opportunities post my career. After the 2015 Rugby World Cup, I remained in the UK with my family following the birth of our son, so I reached out to Rob again for a coffee and catch up. As a result, he put me in touch with four or five of the biggest insurance brokers in London, and eventually I met one of the business founders. He helped me secure one day a week working in their Sydney office, and then following my retirement I was offered a full-time role.

How have you found the transition from rugby?

I’ve been really lucky to have found something which I really enjoy. I had the opportunity to experience working at the business part-time throughout my final season of rugby, which allowed me to meet all the staff, enjoy the office environment and learn more about the company culture. One of the hard things about life after rugby is that you can experience a whole range of emotions, from stress to anxiety about what will come next, therefore to have something locked down was a massive relief for me.

Do you have any advice to players who are currently embarking on their transition away from rugby?

I think the key is planning the way you want to leave. Obviously you won’t always have the privilege of bowing out on your own terms, but I found through my journey that there is never a bad conversation. I met with various contacts and had many interviews, and I’m not going lie I was rubbish. But what I found was even though I didn’t do too well, it was such an important learning experience and with every knock back I grew stronger, and eventually worked on areas I needed to improve.

You were appointed the RUPA President for your final season of rugby, how beneficial did you find the experience?

It was great and a huge learning opportunity for me. Throughout my career I had never given too much thought of getting involved with the players’ union, either in Australia or England, and it wasn’t until last year that I really felt I wanted to give back to the game. RUPA have just agreed a new collective bargaining agreement with Rugby Australia, which was a really interesting experience to be a part of and was the perfect opportunity to put my hand up and help my fellow players. With all the off-field dramas in Australian rugby over the last 12 months it’s been a big challenge but has also helped to put a lot of things into perspective. To have the opportunity to experience board meetings and listen to the various stakeholders has given me an insight which I can now use in my new career.

Having been such a turbulent 12 months for Australian rugby how important is it to have a strong collective voice from the players?

It’s crucial. I understand why some decisions need to be made at higher levels, but I strongly believe players should be consulted and heard when it comes to factors that directly impact them. Especially areas where decisions are being made around high performance, season changes and player welfare, it’s imperative that players have the opportunity to voice their opinion.

You are taking on the North Pole in April, trekking in support of charity. Can you explain the story behind this?

The trek will be in support of a UK charity very close to my heart called Borne. The charity does amazing research into prevention of premature birth. The trek will be 10 days, and our aim is to raise as much funds and awareness as possible for a charity which means an awful lot to my family. While I was playing for Exeter, we lost our little girl Sophie at 21 weeks, and then our boy Henry was born at 28 weeks and passed away nine days later. It was obviously a tough and horrible period for our family, and something in which we had to work through. From these experiences it’s been a drive of mine to really do as much as I can for the charity and help other families who have been through similar situations.

With the passing of Dan Vickerman in February last year, coinciding with the launch of the RPA’s Lift the Weight campaign, do you feel professional sport is doing all it can to tackle mental health?

Definitely. There’s still a long way to go but we’re heading in the right direction. Dan’s death was a massive shock for the game and really made the messages behind the Lift the Weight campaign so important. He was a very close friend of mine and it hit me extremely hard. When tragedies like this happen we often find ourselves wondering what more we could have done or why we didn’t notice anything. That’s why mental health is so brutal and needs to be highlighted in all walks of life. Helping players and encouraging them to identify areas in which they’re struggling is crucial and should be our top priority.