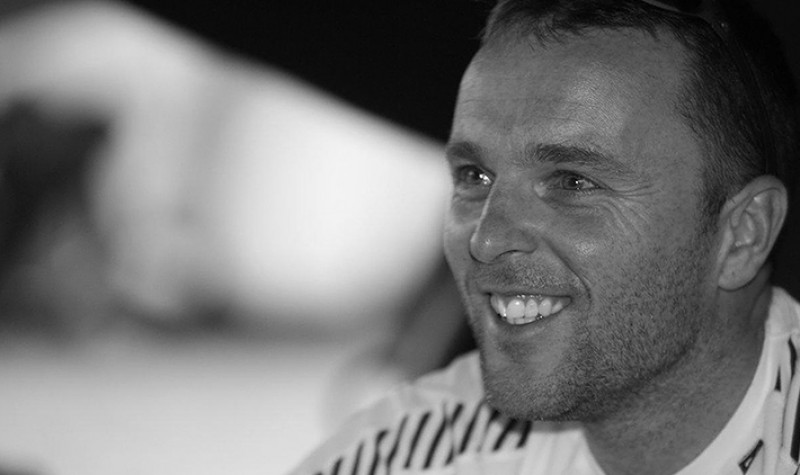 At the age of just 13, Tom Fitzsimons’ world spiralled out of control. The loss of his father led to a deep alcohol addiction which fractured relationships and ruined his career. From finally getting sober in 2007, to running across the Sahara Desert, to working with the RPA to deliver alcohol awareness to our members, this is his story.

The Deadly Drink I had my first drink at the age of 13 following the sudden passing of my father. I drank to cover up the pain and to combat the way I felt about my life. I was an Irish kid growing up in England during the 1980s which was hard enough in itself. Drinking became something that would help me feel better and forget about things. I quickly became involved in the social scene of drinking, mixing with the wrong people and by the age of 14 I had left school to work in the construction industry. The mentality within that environment revolved around working hard, but partying even harder. Fast forward 20 years and I was a 19-stone violent drunk, who had systematically destroyed every relationship I ever had. I spent my entire day working and drinking. At this point I had progressed to become a project manager, overseeing 40-50 men on a building site, but I was still drinking between 15-20 pints of lager a day and a bottle of whisky. By that stage things had got to the point where I could just couldn’t go on. My current partner Zoe was about to leave me and take my two youngest kids with her, she just couldn’t cope with me anymore. It took a great deal of effort but I finally got sober on August 27th 2007. I have not looked back since.

Running To Get Sober I used running as a vehicle to get myself sober. I was a 19-stone drunk who had never run before, I was never really into participating in any kind of sport. So when it came to going on my first run shortly after getting sober, I felt exhilarated and it became the catalyst to wanting to achieve more. That first run had a massive domino effect on me. I felt good for the first time in my life and I started taking on 10km races, half marathons and then even a marathon.  In April 2010, I completed an ultra marathon called the Marathon de Sables - an epic challenge which involved running 250km across the Sahara Desert in just seven days. I felt alive during every run, and it became something which would take my mind off the drink and allow me to push myself to new limits.

Working with the RPA I was approached by the RPA last year about presenting my story to their players. In my time I have worked with a number of sporting bodies, most of whom only wanted to tick a box and had no desire to take it any further. The RPA were serious about what they wanted, they were clear and passionate, and understood why it’s so important to look after their members. They wanted something and I had the product, it was the perfect fit. This season has been tremendous, visiting the clubs, speaking to these young players about the dangers of alcohol, and offering my advice. By no means am I telling them not to drink, I’m just encouraging them to think about the decisions they make when around alcohol.

In my talks with players I focus on the following, which I think would be useful to repeat for you: - The “Alcohol Spectrum” and the three categories involved. Non, social and heavy drinker. - I discuss how this spectrum is fluid and how you can move quickly from one to another. - Although all three have elements of risk attached, it is less likely for problems to occur in the “Non-drinking” category. - The social drinking element is most prevalent amongst players and having a social drink with friends, family and team mates can be beneficial in many ways. The trouble arises when we throw culture and ego into the mix. - A drinking culture and individual egos within a group of people can change the outcome of certain situations. For example, a group of accountants may deal with an “over confident” colleague differently than a group of rugby players. Social drinking can quite quickly land you in trouble with the police and your club if your personal decision-making is influenced by culture or ego. - Of course, as professional rugby players in the media spotlight, your “celebrity” can magnify the smallest incident due to your standing within sport. - There is also the complexity of dealing with a heavy drink problem within a club environment. Thankfully when I ask players if they would speak to a teammate who looked to be struggling, some tell me that they would. We would like to see any player requiring support having the confidence to ask for help themselves, before it becomes a real problem, but teammates also have a role to play in looking out for each other. - As hopefully you have heard with my story, the sooner you ask for help the easier it is for you to return to your very best. - As a player, your game-day decisions have consequences both positive and negative to the outcome of the game. Also as a player, your personal decisions around alcohol can have consequences both positive and negative to the outcome of your career, family life, finance, future health, future employment, club image and most importantly your continued happiness.

A reminder you can access 24/7 confidential support by contacting Cognacity on 01373 858 080. For important resources and advice please visit the Lift the Weight hub or speak to your RPA Development Manager.