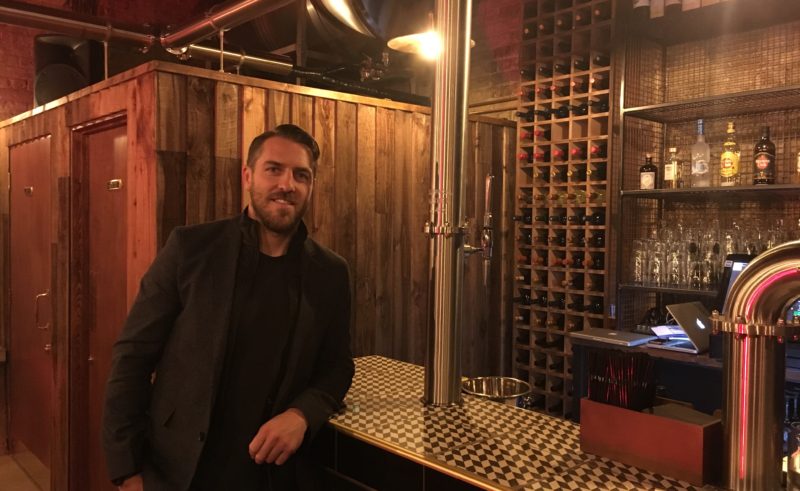 The highly versatile back who has made more than 235 appearances for Saracens and represented the USA on 54 occasions, has been rewarded for his work co-founding Wolfpack Lager with former teammate and retired South African lock Alistair Hargreaves. Launched in 2014, Wolfpack Lager is now served in more than 60 pubs across the capital, has a permanent 'bus bar' at Allianz Park for Saracens home games, and just last week saw the successful opening of the Wolfpack bar in north London. Chris has been acknowledged for being highly proactive in creating and growing the brand, working closely with the team at Saracens and with support from the RPA to manage his time effectively off the pitch and build a business from scratch.

Upon winning the award, Chris said: “It’s a massive honour to be named the first winner of this award. It’s a seriously cool feeling to be recognised for something which has been incredibly challenging but also hugely rewarding. The RPA and Saracens focus so heavily on supporting our players, preparing guys for life after rugby and it’s a testament to the support I have received from both to be named the winner of this award. Launching Wolfpack with Al has been an enormous experience, we’ve worked so hard together to build the business and ultimately create a product which we’re exceptionally proud of. I can’t speak highly enough of how important it is to have a focus away from rugby, and through launching Wolfpack I feel my on-pitch performance has improved greatly, as I’ve had a passion and challenge away from the game. Opening our flagship bar last week has been an amazing experience, the response has blown us away and it’s such a rewarding feeling to sit back and watch people enjoy our beer and the space we’ve created.”

Caroline Guthrie, RPA Development Manager for Saracens, said: "Chris is such a worthy winner of this award. He has shown fantastic drive and commitment in setting up his business with Al Hargreaves and his attitude to preparing for life after rugby is hugely inspiring. It is brilliant to recognise all the work he has done, take inspiration from the effort he has put in and appreciate the support he now offers in sharing his experience."

This award highlights a player’s off-field personal development success and is judged by a panel consisting of RPA Rugby Director, Richard Bryan, and RPA Alumni Representatives, Chris Bentley and Rob Vickerman. The RPA Personal Development Programme (jointly funded by the RPA, RFU and Premiership Rugby) is a central pillar of the RPA and provides its members with essential off-field education, personal development, career transition opportunities and welfare support.