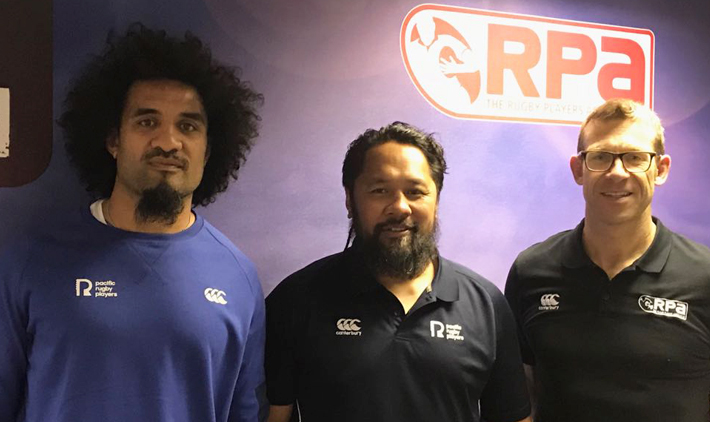 The Rugby Players’ Association (RPA) has today announced a formal Memorandum of Understanding (MOU) between the RPA and Pacific Rugby Players (PRP). The MOU will see the two organisations working closely together to support Pacific Island players based in England.

PRP Board Member and Samoa Representative Seilala Mapusua, said: “Since it launched in 2013, Pacific Rugby Players has played a crucial role in the development of Pacific Island rugby, fighting for the rights of our members and supporting players at home and abroad. Having already established an on-island Personal Development Programme and comprehensive education for players who are relocating to new countries, this agreement will allow us to extend our support for those members who are playing in England.”

PRP acting CEO and Tonga Representative Hale T-Pole, said: “From launching comprehensive Personal Development and Player Welfare Programmes, to representing the rights and views of our members through our formal relationships with World Rugby, National Unions and Player Associations, I’m extremely proud of what PRP have achieved to date. While we recognise there is much still to be done, this agreement takes us another step closer to ensuring Pacific Island nations and players continue to thrive at home and abroad.”

RPA Group CEO Damian Hopley, said: “We’re really excited to be forming this partnership with Pacific Rugby Players. The RPA has always recognised the fantastic contribution that Pacific Islanders make to the global game and the establishment of this formal relationship will only help to cement the ongoing work of the two player associations, ensuring Pacific Island rugby continues to flourish.”