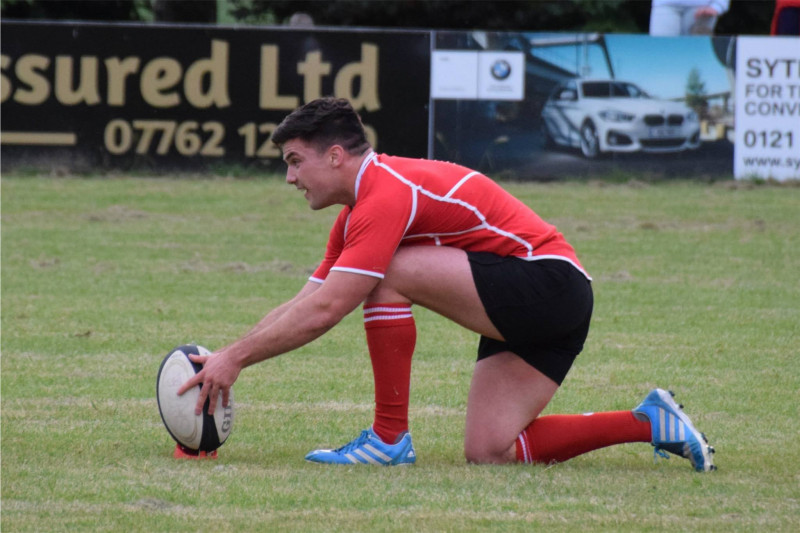 When London Welsh went into liquidation, Glyn Hughes’ world was turned upside down. The talented fly-half found his career in jeopardy and his life in disarray. 6,000 miles later, Glyn explains how he tackled transition head-on, offering first-hand advice to those who may be struggling.

This is something I’ve wanted to write for a while. I’m a pretty private person but recently there’s been a shift in sport with players opening up about their experiences of mental health. This can only be a good thing. Reading the stories of other rugby players, such as Jono Kitto and Grayson Hart, has helped me so much over the last few months. If this can have a similar impact for just one other person than it’s served its purpose. Ever since I can remember I’ve wanted to play rugby for a living. I’ve been fortunate enough to have achieved this, going through the academy system at Northampton Saints, before moving on to play at Moseley, Leeds (Yorkshire), Wasps and London Welsh. Rugby was my life. I chased the dream hard and loved the lifestyle it offered - even more so now I have a ‘real’ job. Who knew most people don’t finish work at 2pm every day? ‘Control the controllables’ was the motto I’ve always used to deal with the ups and downs of pro rugby, but what happened at London Welsh this past season was certainly out of our control. If you follow rugby, you will know the club went into liquidation and 40+ players and staff were made redundant.

The dispersion of people trying to sort their livelihoods was nothing like I’d ever witnessed and hope never will again. I had a few options to continue playing full-time within the Championship (a league that has been dubbed the “Wild West of English Rugby”) but very few teams operate sustainably and I had become disillusioned with professional rugby. I wanted career stability. As well as a new career, I also wanted to travel and play a reasonable level of rugby. Hong Kong seemed the perfect fit. I signed for a club who helped me land a job as a broker for ICAP - one of the biggest brokerage firms in the world. It’s been a whirlwind few months from losing my job in January to moving continent and career. Despite this amazing outcome, the last six months have been without doubt the toughest I’ve ever experienced. I had always maintained throughout my rugby career that I wouldn’t keep all my eggs in one basket and ensured I had several off-field focuses, which included studying for a degree, work experience and my own coaching company. However, I didn’t realise quite the extent I saw myself as Glyn the rugby player.

As much as I tried to diversify, this was how I identified myself and when the desire to stay in pro rugby disappeared, I felt like I had too - I felt lost.

Everything I’d ever worked towards felt worthless, like I’d been conned or robbed. Consequently, I had a period of despising rugby. Throw breaking up with a long-term girlfriend into the mix as well, and it was a very confusing time.

The RPA do not currently serve Championship clubs (other than the most-recently relegated team) due to financial restraints. However, given the unprecedented circumstances unfolding at London Welsh, I thought it would be a pretty ruthless individual to turn me away. I’m not ashamed to admit that I reached out to them and it was 100% the right thing to do. The RPA have been outstanding in their efforts with me since and put me in touch with Cognacity, a mental wellbeing clinic. My family have been incredibly supportive but I found it massively beneficial talking to someone who was independent from the situation. I’m a confident, outgoing guy but my circumstances were affecting my self-esteem.

Looking back at the darkest times, I was depressed for a good few months which was exacerbated by the uncertainty of not knowing where to turn next or who I was anymore. My counsellor kept me focused on the positive steps I was taking. Before this experience, I wouldn’t say I was sceptical of mental health but I certainly didn’t appreciate the scale of its impact.

Now, I couldn’t be more supportive of initiatives such as the RPA’s #LiftTheWeight campaign and the increasing publicity and awareness of mental health in sport. From the outside, it may seem dramatic when people liken moving away from full-time sport to a bereavement, but I can see the similarities. No matter what was going on in my life, rugby was my sanctuary and I could turn up for training or a game knowing I was directly improving my future - losing it leaves a big hole. I genuinely thought I would deal with it better which frustrated me further but until it happens, it’s impossible to know how you’ll respond. I became mentally numb, indecisive and lost clarity of thought as my brain tried to protect itself from contemplating reality. I found myself overusing social media and buying things I didn’t need just for a temporary buzz, which only made my situation worse. It’s something all players have to deal with but at age 25, it was maybe eight years earlier than I’d envisioned. But life is all about perspective. I could flip these thoughts on their head and say “I chose to follow this new path” and “I’ll be eight years further down my new career path”. Switching to a more positive outlook was a conscious and continuous process that I’m still going through now.

If you take away anything from reading this, let it be this: ensure you have options away from the game. Whether it’s gaining educational qualifications, setting up your own side business or learning a trade, you will need something else. At best, you’ll be done by your mid-30s but even then there can only be so many Dan Carters or Richie McCaws in this world that can retire after hanging up their boots. In my case, I would have found it impossible to get a job or a visa in Hong Kong without having a degree. The rugby network is extraordinarily far-reaching and doors can be opened for you but you have to help yourself; after all, a CV containing only 5/10/15 years of pro rugby isn’t that appealing to an employer.

The other big message I want to highlight is that it’s okay to talk. If things are becoming too much, there are people available to help. It could simply be sharing feelings with loved ones or, like me, you might want to speak to a professional too. Although it may feel like it at the time, you aren’t the only one feeling the way you are and you will get through it. We are all guilty as rugby players of putting up a front in this outcome-driven industry, but talking isn’t weakness. I’d be lying if I said there weren’t moments in my office on a weekday where I wish I was out training or at the coffee shop with the boys. It’s been a massive change in lifestyle, climate and culture but I definitely made the right decision for me. What this whole experience has taught me is despite the all-consuming nature of professional sport, there is a much bigger, wider world out there. Rugby will always be a big part of my past but it’s also part of my future. And from where I’ve been these last few months, its empowering to say I’m genuinely happy and excited for that future.