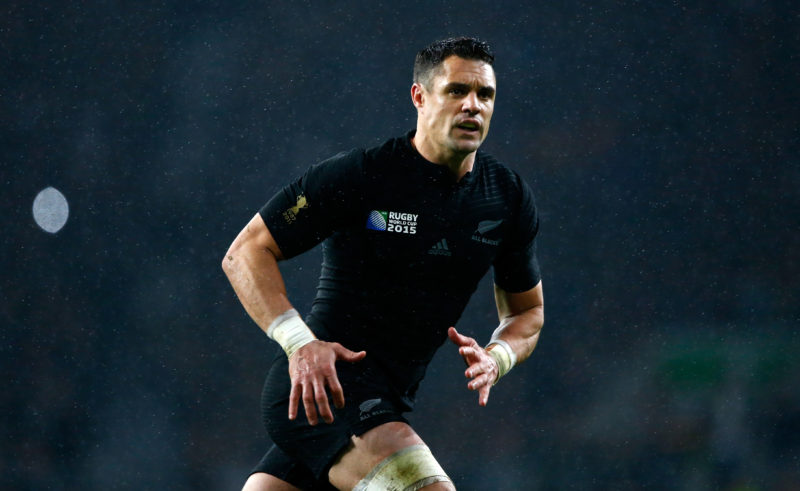 World Cup winner and All Blacks great Dan Carter has today been named as the latest inductee into the RPA Hall of Fame, in association with KPMG.

The former Crusaders, Perpignan and current Racing 92 fly-half will be honoured at the RPA Players’ Awards 2017 in association with England Rugby, taking place on Wednesday 10th May 2017 at Battersea Evolution, London. The all-time leading test point scorer will join an illustrious list of previous inductees, including Jonny Wilkinson CBE, Martin Johnson CBE, Sir Gareth Edwards and the 2016 winner Brian O’Driscoll. Named World Rugby Player of the Year on three occasions, the distinguished fly-half has enjoyed an exceptional 14-year career, which has included 112 test caps, 1,598 test points, three Super Rugby titles and a Rugby World Cup triumph with New Zealand in 2015. On receiving the news, Carter said: “I’m honoured to be inducted into the RPA Hall of Fame alongside some true icons of the game. Rugby is the ultimate team sport but to receive an accolade of this kind is both humbling and very satisfying. I’ve worked extremely hard throughout my career so to be recognised by my peers in this way makes me feel immensely proud.” RPA Group CEO, Damian Hopley, said: “Dan has proven time and again to be one of the finest players and characters ever to play the game. As a World Cup winner and the all-time leading point scorer in international rugby, Dan is truly deserving of his place alongside the rugby icons in the RPA Hall of Fame.”

To book your place at The RPA Players’ Awards 2017 in association with England Rugby and to rub shoulders with the past and present heroes of the game, please call 020 3053 6670 or email Martin Olima on molima@therpa.co.uk. Inductees into the RPA Hall of Fame, in association with KPMG, are recognised by the RPA Players’ Board as having made an outstanding contribution to the international game.