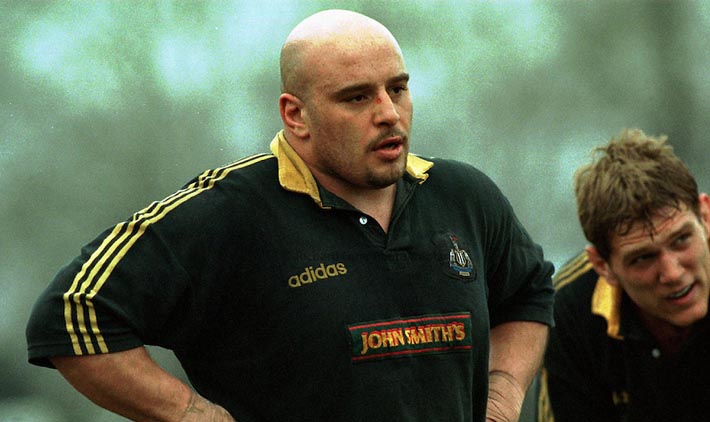 The Rugby Players’ Association (RPA) has today announced it will honour former Newcastle Falcon Paul Van-Zandvliet at the 2017 RPA Players’ Awards in association with England Rugby, which takes place on Wednesday 10th May at Battersea Evolution, London.

Paul has been confirmed as the recipient of this year’s RPA Blyth Spirit Award in association with Towergate Insurance. The award recognises bravery in the face of adversity. Since being diagnosed with an inoperable brain tumour and cancer in his kidneys and liver last year, Paul has been an inspiration to those around him, showing tremendous spirit battling the disease while raising money for a number of worthy causes, including Restart Rugby, the official charity of the Rugby Players' Association. Nicknamed ‘The Tank’ during his playing days, Paul was a member of the 1998 Premiership-winning Newcastle team. He made over 160 appearances for the Falcons from 1992 to 1999, until his career was ended prematurely when he was involved in a road traffic accident.

On news of receiving his award Paul said: “Since being diagnosed with my illness I’ve been overwhelmed by support from Restart Rugby and the wider rugby community. It’s meant everything to me and my family. Doing charity work has been like therapy and has allowed me to put something back into the game I love, but to be recognised with the Blyth Spirit award is a true honour.”

Damian Hopley, RPA Group CEO, said: “Paul was always a formidable competitor on the field and he has shown that same battling spirit and tenacity while facing his illness. His positive, can-do attitude in the face of such difficult circumstances has been nothing short of remarkable. He's been an inspiration to those around him and he received a unanimous vote from the RPA Players' Board as a worthy recipient of the Blyth Spirit award.” To book your place at The RPA Players’ Awards 2017 in association with England Rugby and to rub shoulders with the past and present heroes of the game, please call 020 3053 6670 or email Martin Olima on molima@therpa.co.uk.

The RPA Blyth Spirit Award in association with Towergate Insurance is given to an individual or group who has shown remarkable courage in the face of adversity, and is voted for by the RPA Players’ Board.