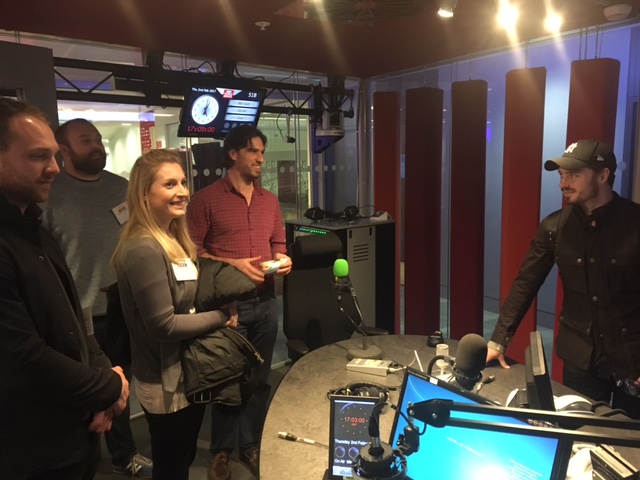 “It’s a very impressive building, 12 floors of people all working towards the one goal – to create world class content.” Mark Lambert has described last week’s behind the scenes tour of the BBC’s Broadcasting House in London as a ‘hugely exciting moment’ and one in which he hopes will encourage more players to explore a post-rugby career in journalism. The Harlequins’ prop, who was re-elected as RPA Vice-Chairman in September last year, was joined by fellow players Alex Lewington, Greig Tonks, Ben Ransom (London Irish) and Henry Martin (England 7s) for an exclusively guided tour through the inner sanctums of the BBC. Organised as part of the RPA’s Personal Development Programme (PDP), the players were led through the impressive 12-storey building by former Royal Marine and now advisor for the BBC High Risk and News Safety team, Chris Shirley.

https://twitter.com/theRPA/status/827222306707615750 “Chris was outstanding and gave a really comprehensive tour of the facility, guiding us through the BBC news desk and the Radio 1 studios, which I found very cool,” said Mark. “He also sat down with us and spoke of his career giving an insight into his transition from the military and how he went through that process. “Personally I’m not planning on retiring yet but it is definitely something in the not too distance future and therefore really beneficial to spend time with people who have been through it and can offer advice.” Mark who describes himself as a self-proclaimed ‘Media Geek’ says the opportunity to take a look inside the BBC’s world has furthered his desire to progress into the industry post-rugby. “From a career transition point of view it’s definitely an area in which I have a massive interest in.” “To have the opportunity to see the inner workings of an organisation I have so much respect for was very exciting and hopefully it has encouraged the other lads to explore their options too. “The BBC is one of the most iconic and respected media outlets in the world, with such an enormous and diverse reach, and as a geek of that sort of stuff I really felt it’s given me a great deal of insight and confidence to progress my interests further.”

You can download Mark’s latest podcast ‘The View from the Bench’ by clicking here or by following Mark on Twitter @marklambert3. https://twitter.com/_fromthebench/status/827842209013760000 For more information on the RPA’s Personal Development Programme please contact Ben McGregor on 07889 601 696 or bmcgregor@theRPA.co.uk