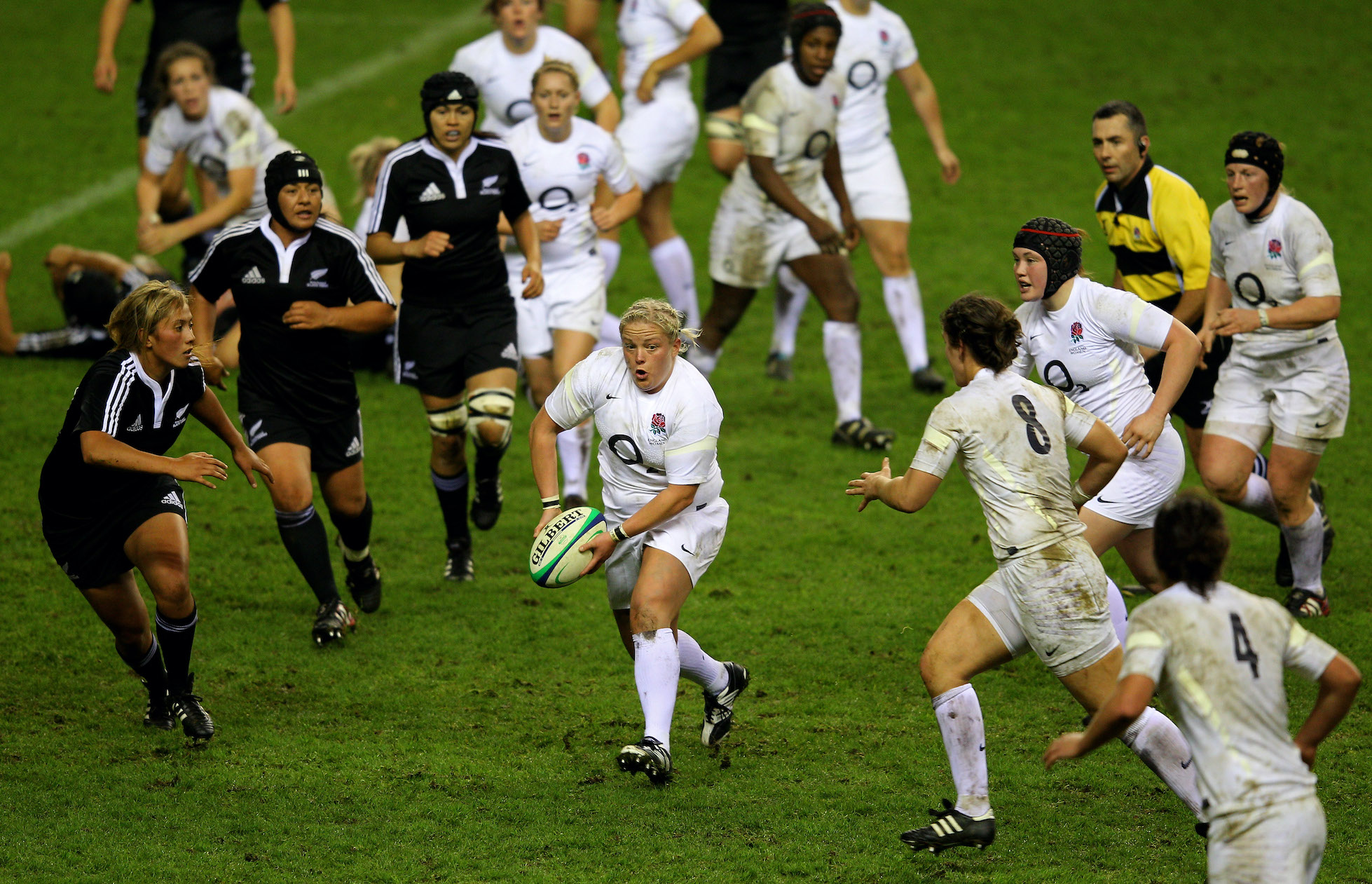 England Women’s legend Amy Turner retired from rugby in 2018, and in just over 12 months she has established herself as a prominent coach in the RFU’s performance pathway. Now Amy, and former England teammate Rochelle Clark have been invited on to UK Sport’s high-performance programme for female coaches.

15 coaches across eight sports were chosen for a total of four seminars to develop skills, behaviours and knowledge to thrive and flourish within the high-performance environment. This will also enable them to deepen their network, consider other sports’ coaching practices, and further develop their awareness of others’ modus operandi.

How did the High performance coaching programme come about?

I got nominated from the RFU alongside Rochelle Clark, due to us being in the game and actively aspiring to be better. From that process were selected by UK sport to do the programme.

How did it feel that you had been acknowledged from a wider base as well?

It was completely surreal. I have only been in the coaching world for a very brief amount of time so I feel very humbled that I have been recognised and been given an opportunity that I know an awful lot of coaches would love to have.

What’s the most exciting prospect of the programme?

It’s about being exposed to different coaches. Looking at the challenges they face and seeing how they overcome them. I want to be able to draw some examples of good practice from that and bring that into my world and my environment. Hopefully it can help myself but help the pathway and help the players within that pathway to get the most out of the opportunity. This programme will give me exposure to improve aspects of our pathway and that is invaluable for the players.

After retiring was coaching in the back of your mind as a potential option?

I think in my heart of hearts I’ve always wanted to have rugby as my job. In my lifetime that was never an option. So I worked full time in the police whilst I was at Harlequins, whilst I was at other clubs with England. I’ve always had a career with rugby. I had an optimistic view of wouldn’t it be great if I could make a career out of rugby.

What does your role entail as a Performance Pathway Officer?

I work with selected female players from the age of 16 to 18 with the centre of exellences  in to that U18’s environment, but I also lead on England U20s players. So I work with clubs with their young players and deliver individual development programmes for them. We work really hard to develop them into good, solid senior players.

What is it like to being going on this journey with Rocky Clark?

I’ve known her for an awful long time, and I think she will be at the forefront of changing and breaking down barriers between the male and female game. We can be females coaching in a male environment and absolutely thriving. Rochelle will be the one to lead from the front. Rocky, Jo Yapp. Gisele Mather and Karen Findlay are all people that have influenced me. I have played or been coached by them and I draw massive inspiration from them all.