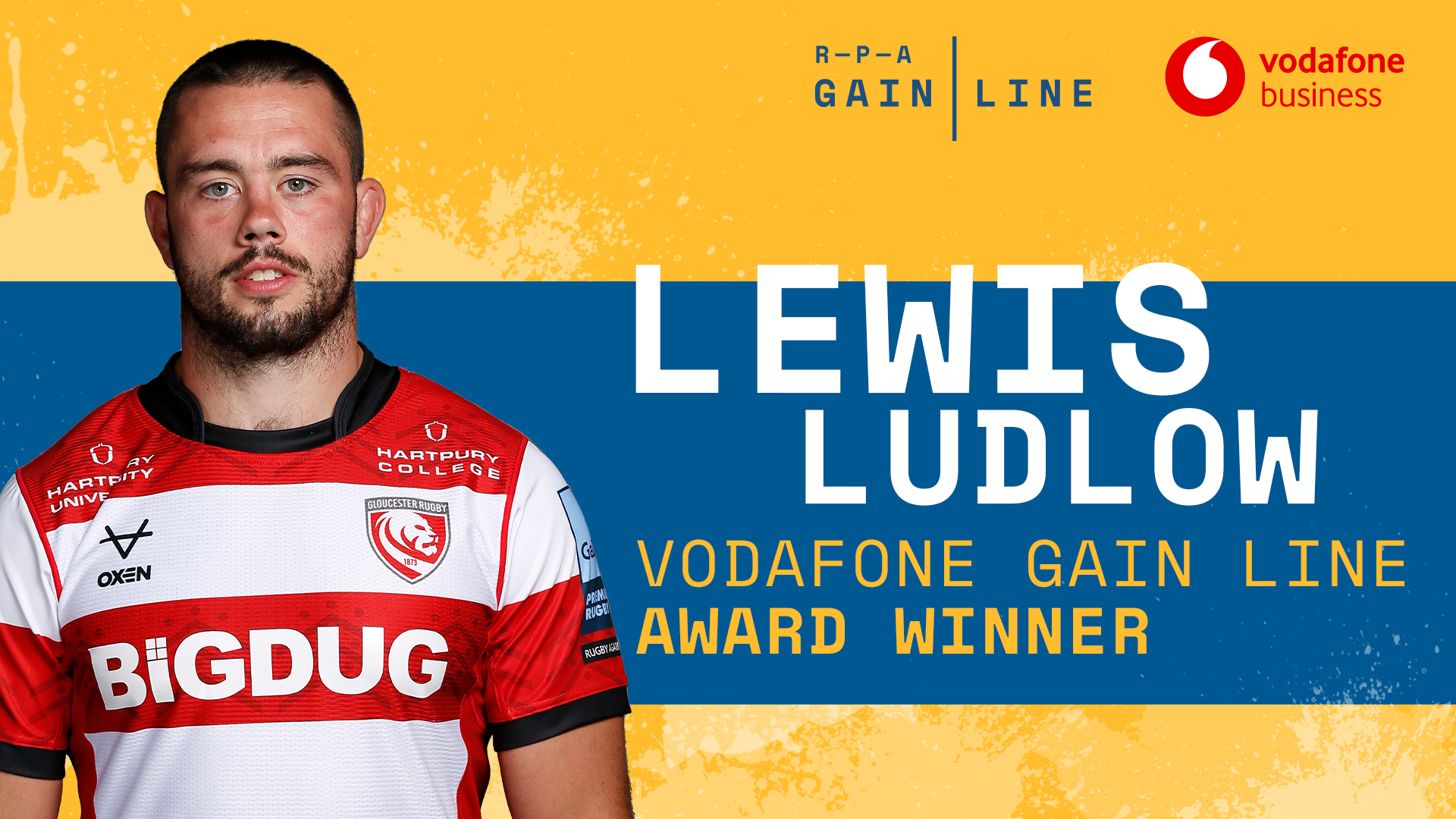 The RPA Vodafone Business Gain Line Award was created to support current and former players of the game in their off the field business ventures.

At just 27 years old, the Gloucester Rugby club captain has shown great personal development outside of his professional rugby career. In June 2020 he launched the Openside Pizza Company, a mobile pizza business named aptly after his position of openside flanker. After partnering with the owners of local pizza restaurant ‘Hooker and Eight’, he was inspired to take the restaurant on the road and convert a standard horsebox into a fully modernised and self-sufficient horse box trailer with a built-in gas pizza oven, kitchen and serving area.

The mobile restaurant travels across the country to a breath of different events including weddings, festivals, rugby matches and local pub gardens, and is already a firm favourite with his fellow Gloucester rugby teammates.

Alongside Openside Pizza, Lewis also volunteers his spare time to the Gloucestershire Police, as their Health and Wellbeing Ambassador. He engages with all their offices and staff every week, advising on health and fitness and shares his experiences as a professional athlete. He has also signed up as a Special Constable and works with Police Officers in the field on evenings and at weekends. He is also set to apply for a Degree in Policing later this year.

Ludlow and his family have also owned a small farm for five years, where they breed several animals for market.

On winning the award, Ludlow said: "When Craig mentioned I’d won the award I was really shocked! Being active outside of rugby has always helped my rugby so to be rewarded for that is amazing. I look forward to putting the grant to good use and continuing to grow our business!”

Ludlow’s RPA Development Manager, Craig Townsend, said: “Lewis is an inspiration to any player who’s looking to steadily build a career post rugby while at the top of his game. He’s set himself some clear goals and timelines and committed to working on his own business and with the police on a regular basis.”

For more information on the Openside Pizza Company go to https://hookerandeight.com/openside.html

Read Our Interview With Lewis Here

Vodafone UK is a technology communications company that connects people, businesses and devices to help our customers benefit from digital innovation. Our services span mobile, fixed-line connections, home and office broadband, and the Internet of Things (IoT).

We have a strong track record as a tech pioneer, making the UK’s first mobile phone call, sending the first text message, and making the UK’s first live holographic call using 5G in 2018. We were also the first to start carrying live 5G traffic from a site in Salford, Greater Manchester. As of June 2021, we have 5G in 364 locations across Europe – 124 in the UK and 240 across Germany, Spain, Italy and Ireland. Our 4G network coverage currently reaches over 99% of the UK population.

Sustainability is also at the heart of what we do: as of 1 July 2021, 100% of the grid electricity we use in the UK is certified to be from renewable sources.