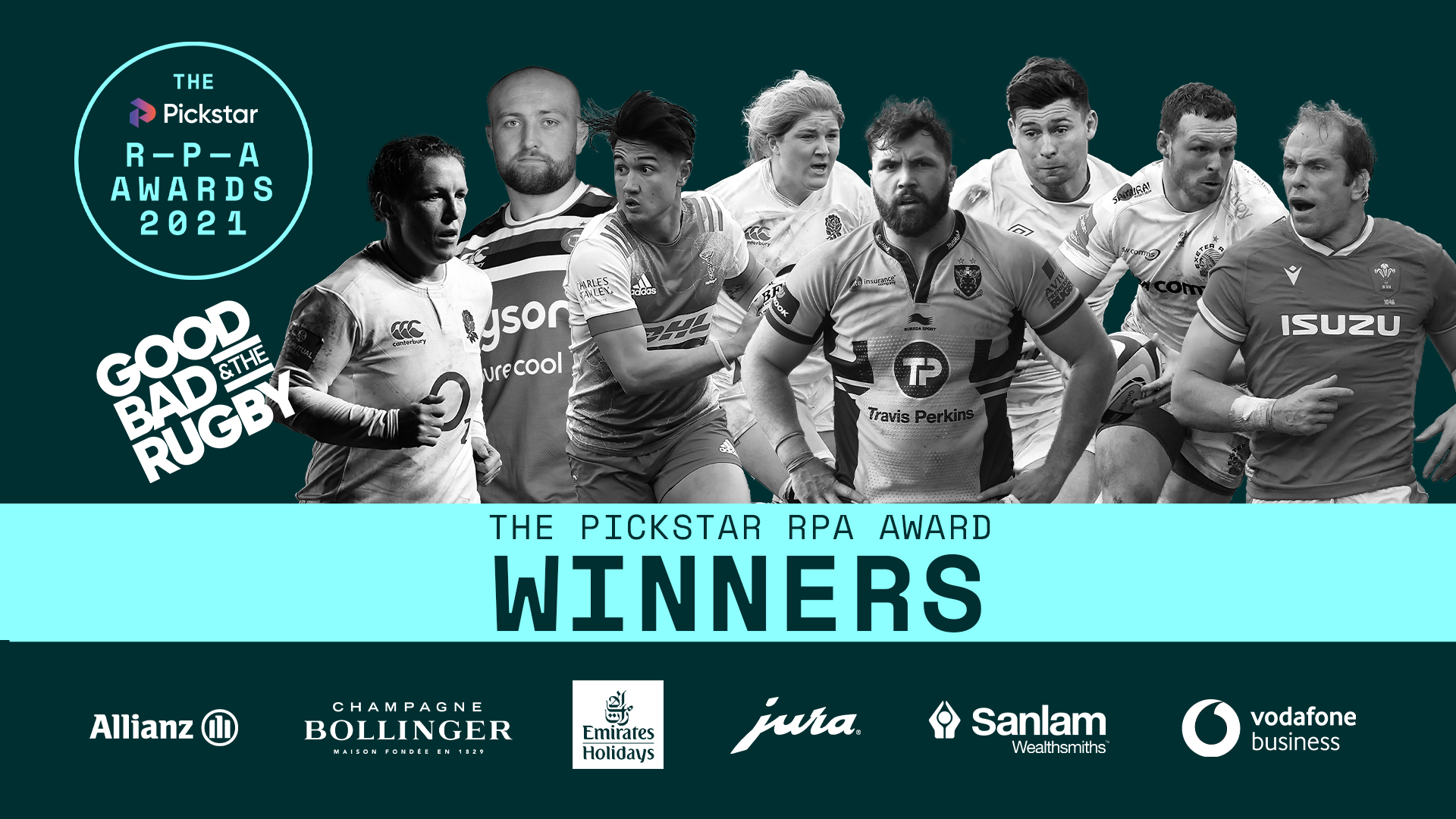 Exeter Chiefs No.8 Sam Simmonds has been crowned the RPA Vodafone Business Players' Player of the Year at this year's Pickstar RPA Awards hosted virtually for the second time on rugby podcast The Good, The Bad and The Rugby  on Wednesday evening at 6pm.

The record-breaking try-scorer polled the most number of votes from his fellow professionals to claim the most prestigious award in the English game, capping off a phenomenal season in which he has not only been instrumental for his club but also received a British and Irish Lions call up for this summer.

The 26-year-old, who was also the worthy recipient of the Champagne Bollinger RPA Moment of the Season for crossing the whitewash 19 times and counting, follows in the footsteps of 2020 winner, Wasps flanker, Jack Willis.

After European and Domestic glory last season with Exeter Chiefs, Simmonds has not let up his electrifying form. He has beaten more than 50 defenders whilst maintaining a 95% tackle success rate and sits a-top the try charts with a phenomenal 20 tries so far. His key role in Exeter's return to the play-offs has not gone unnoticed, with the forward selected for the first time by Warren Gatland to tour South Africa this Summer with the Lions.

Simmonds said: “This award in particular means a lot. The way that it is picked and the way you get nominated is from players that you play against every week and throughout the season. So for them to recognise and notice that I have been having a strong season is fantastic and I appreciate that. Once the season is over - hopefully after a few more wins - then I can look back both individually and as part of the team and feel good about what we have achieved."

Meanwhile, Marcus Smith took the title of the Sanlam Young Player of the Year. The Harlequins playmaker has been in scintillating form throughout the Premiership, playing a pivotal role in the clubs' return to the play-offs after a seven-year absence.

Smith said: “It is always nice to be honoured for individual awards, but alot of the credit has to go to my teammates at Harlequins. They've made me look good this year and without the forwards, backs I couldn't have done my job. To be voted for by fellow players who I play against week in week out makes it extra special and motivates me to win more individual honours in the future hopefully.”

The RPA Vodafone Business Players' Player of the Year

"This season has been a dream come true. It has been an unbelievable last two seasons with Exeter, as a team and personally. I keep myself grounded by just thinking about the next job, the next step I want to achieve, because teams and games come thick and fast and if you sit back and rest on your laurels you can get swept up in it all. This is the business end of the season, but we've built well over the past five weeks and the squad is confident in where we are going and we do have experience on our side going into this next stage."

The Sanlam Young Player of the Year

“I am really happy with where I am with my rugby at the moment. In my opinion I had a bit of a blip in my 2nd/3rd year at Quins and was trying to find the best way that suited myself and my club to play rugby. For me now it is just the beginning. I've got to keep working hard on my game on and off the pitch. I am focusing on my leadership and speaking and then hopefully I can continue to develop as a man as well as a rugby player. Fingers crossed there is more to come."

The Allianz England Women's Player of the Year

“Looking at who has one this award before me, Zoe (Aldcroft), Sarah Bern, Tamara Taylor etc, legends of the women's game it is amazing to be voted by my peers to win this award. It is something I never thought would happen but it is a massive honour. One of the main highlights I have had of this season is the resilience shown by all the teams I have been involved in. Covid-19 happening made me incredibly grateful that I got to play rugby with my friends and do what I love doing. Having that added pressure of being one of few people who could play competitively helped spur me on, but this award is also an accumulation of years of hard work. I'm 30 next year so all that training and minutes on the park start to add up. I'm glad that I have played some rugby this year that I can be proud of and I will look back and I know that it's been a good year."

“This season I have been working off the field on leadership and who I am as a person. I went through a period of over-thinking things and over-complicating things, which actually had a negative effect on my game. Now I throw myself into things and see what happens. I try not to plan ahead, not too much thinking about the past, just trying to stay present in what I am doing. Learning from previous years, I get the best out of myself when I am fully engaged and enjoying it. It is about simplifying things as much as possible. I go into games thinking "how fast can I get off the ground." If I can get off the floor as quickly as possible I'm in the game and once I'm in it I'm having fun and that's when I play my best."

“I've enjoyed this process of setting up my own business massively and also finding the security in it as well. I want to make sure that when I finish my career it is not a huge leap but a small step. Therefore the time I put in to it now while I am still playing is key. I enjoy being stimulated in different areas other than rugby and I enjoy the security in knowing that there is something there for me at the end of my rugby career. My plan is to fully embed myself in my butchery business and be as hands on as possible. ”

"Like most players will admit, you can't do it without the support staff and everyone who helps you get onto the field every weekend. Not only that I have a very supportive wife and kids, so I am very, very fortunate that I've got a lot of people in my corner fighting for me to be as good and as successful as I can be. It is always nice to get some recognition that doesn't just represent myself but also represents everyone else that has helped me along the way."

"Thank you so much for this award, it is very humbling. I am recovering well and getting back to day to day life. I'm really grateful to hopefully have that experience behind me and just incredibly thankful for all of the support and the warmth I got from the public. The care I received from Guys Hospital in London was incredible and hopefully I can turn what is a tough experience into something positive. I feel privileged to be in the amazing company of the people who have won this award before and am so grateful for the support.

The way I got through my chemotherapy and cancer was with a positive mindset, but as you get back to normal life you can sometimes forget the gratitude and appreciation you have for being back in a normal setting. I have my moments like everyone else, but I made a promise to myself to try and live with positivity and use the experience of adversity that I have faced to better myself as a person and in my life.

Rochelle Clark: "It is such an honour to be given this award, especially after finishing playing internationally a few years ago, I feel very privileged. I love that rugby gives you the camaraderie with your teammates, that feeling of belonging and being part of a team. The people you meet, the places you go and the games you play make me still as passionate as I was when I was 22 years old getting my first cap."

Alun Wyn Jones: "Thank you to the RPA and the RPA board for the nomination and the award. I fully appreciate the names that have gone before, so thank you very much for this honour."


The Champagne Bollinger RPA Moment of the Season

"I've always loved scoring tries but you never think you're going to get the record - it was never something that had crossed my mind at the start of the season. But I enjoy scoring, helping the team and if I can get as many as possible then that is ideal." 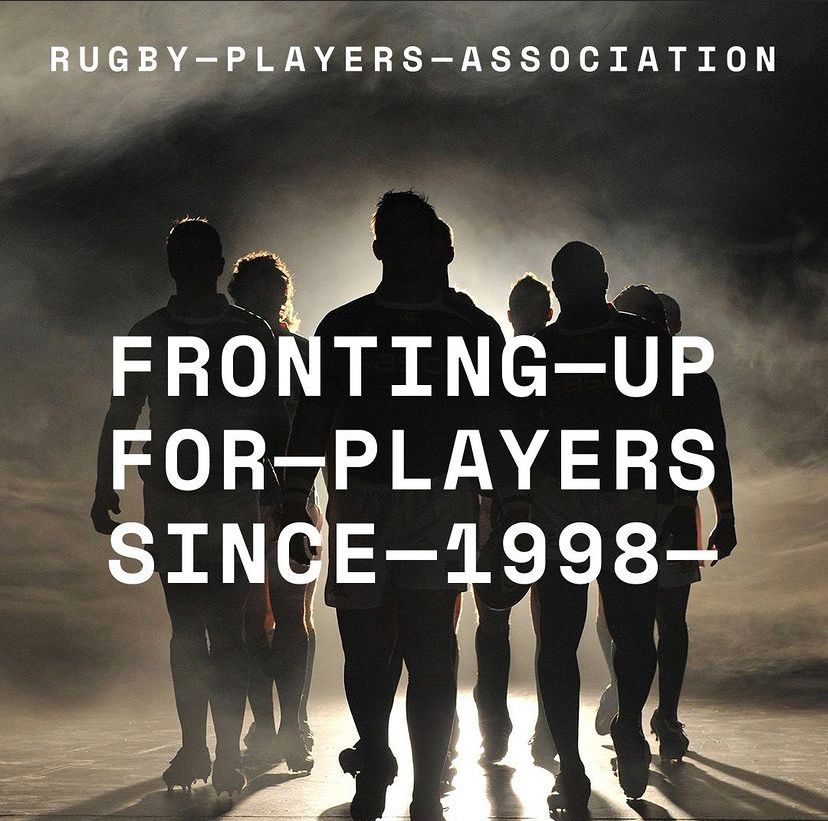