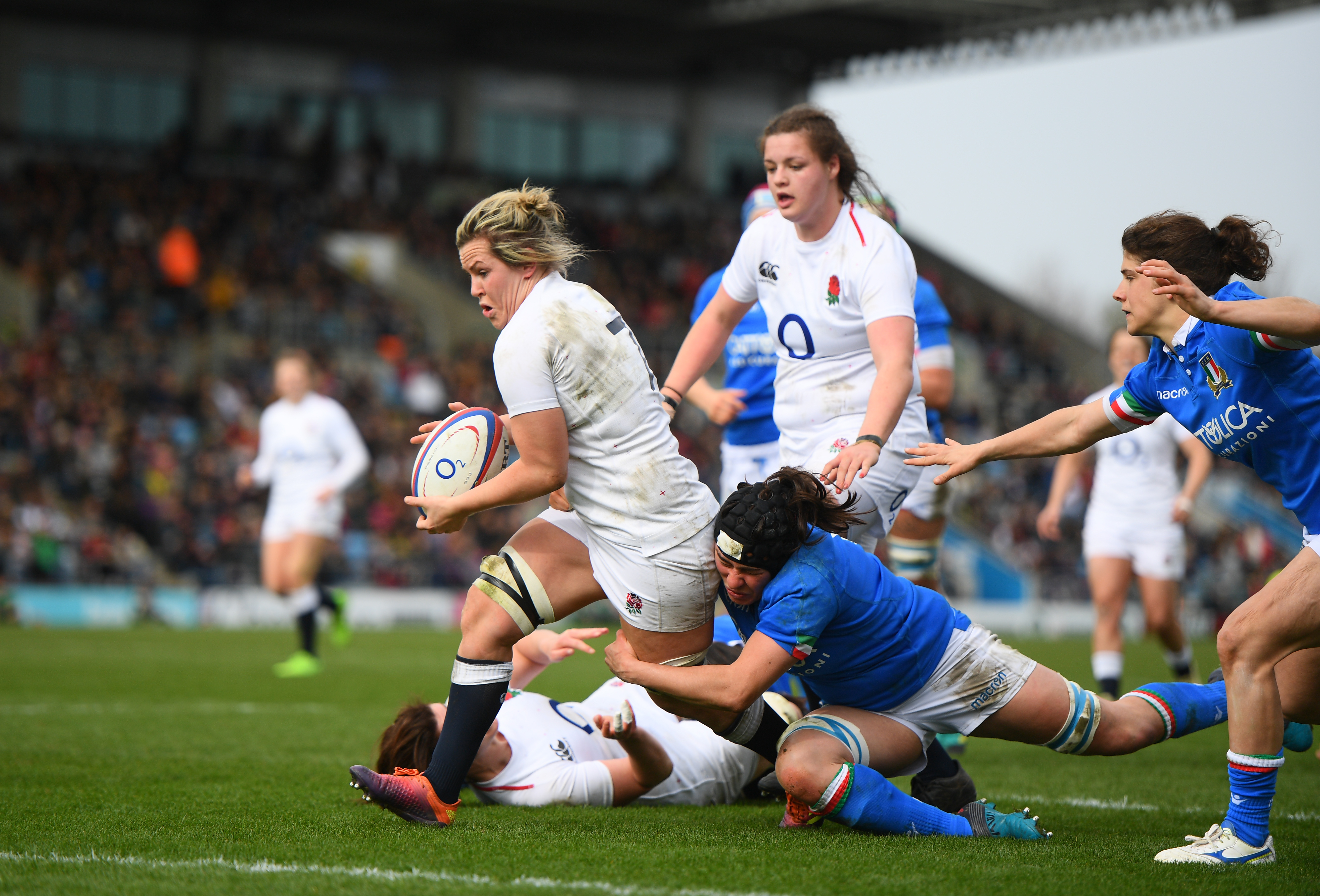 In January 2020 Marlie Packer was ruled out of the Six Nations with an ankle injury. Now, over 12 months later she has a become a mother for the first time, returned from injury and won back-to-back Six Nations. In honour of Mother’s Day, the RPA spoke to Marlie about how she juggles her new role with playing professional rugby, the upcoming Six Nations championships and that try celebration!

Looking back to January last year you were ruled out of the Six Nations, that must have been a challenging time for you mentally?

I was playing some of the best rugby of my career and we were having a good run with Saracens going into the Six Nations, so when the ankle injury happened and ruled me out - at the time I was gutted, it was quite catastrophic for me. The night before the first Six Nations match, we had a bit of a scare with the baby. That was the realisation moment for me and my perspective shifted. There were other big things going on in my life and my partner and my baby being healthy was more of a priority. For the first time I had a reality check that rugby’s not the be all and end all of everything. I would probably say in my career so far, I had always been quite selfish and put rugby first, missing family occasions and relationships had been put on the back burner because of rugby. I think this was the first time it was about my family being ok.

How did you find being pregnant as a couple during the pandemic whilst trying to get back to full fitness?

With the pandemic happening, it was a bit daunting for us because obviously pregnant ladies got put in the high-risk category. My partner is a front-line worker as well, she got put on office duty and thankfully when she was put on high risk she had to stay at home. We were fortunate in that regard as it meant we got to spend a lot of time together during the pregnancy. We went through all the motions together; I wasn’t out at work because I was furloughed by the RFU. She really helped me with my rehab with my ankle. She is definitely no physio therapist, but she can mobilise an ankle. It was a journey we went on together, from having the England physio on facetime explaining to Tash, my partner, to her holding the bands in my first running session back. It was an experience, I wouldn’t want to do it again without having hands on treatment but we did the best we could in that situation.

The pregnancy was just a massive focus outside of rugby. But whilst we had planned for this it was definitely challenging at times. On the 20-week scan for example I had to drop Tash off because I wasn’t allowed into the scan and she found out the sex. Those moments and emotions I wish we could have been able to do together. But then at the same time it was the hand we were dealt and what was paramount was that everyone was safe, and we were protecting people, I would do it all again. After the baby was born, that was also difficult as due to travel restrictions Oliver hasn’t met as much of the family as we would have liked, he was 6 months old last Sunday, my family are from Yeovil in Somerset and he’s only been down there once. It is difficult but hopefully there is light at the end of the tunnel.

How did it feel to come back into the squad for the final Six Nations game?

It was amazing. I can remember Abbie Scott and I both had long-term injuries at the time of the first Six Nations game which was France. We won that and we had a little chuckle to ourselves, thinking we are on a good roll here to get back-to-back Six Nations titles. When we were allowed to do six people skilled based training, I was fit to come back into that. I can remember speaking to the head coach and asking him whether I would be in contention for the Six Nations/Autumn games. He said: ‘If you are playing well and you are fit, you’re up for selection.’ That was a big driver for me. The goalposts moved all the time during covid because there were so many unknowns, but that was something I could really work towards. Then to actually be part of the final match was incredible.

Back-to-back Six Nations, and in the midst of this the new arrival came, baby Oliver, and you topped it all off with a try in that final match, was the rocking-baby celebration planned?

It was really special. I looked ridiculous as I had split my head open that game, so my hair was everywhere. I think it was in the last few minutes of the game that I got over and score, I just thought this is my chance to do the baby celebration. Hopefully in years to come we can look back with Oliver and show him what his Mummy did. I know I look stupid but felt like the right thing to do.

How do you find that challenge of being away from him for rugby?

At the moment it’s ok because it hasn’t been long stints. We’ve had autumn internationals but that is my job, it’s what I’ve signed up to do and there’s plus sides. Sometimes I don’t go into training until later, so I get the mornings. It is not stringent like a 9-5 job. When I go into competition time that is what I am there to do and I make sure I’m fully focused. It’s also not a rest time when I get home, I put the washing on, take care of Oliver and try and give my partner a break also. She’s so supportive in making sure that I am in the best place mentally and physically to play for England and Saracens. We are a good team, and we complement each other well, we were a bit surprised by that. The night shift for example, we talk about what we’ve got on the next day to decide who is going to do it. Sometimes you pick up on the vibe if the other one is feeling a bit narky. I am not someone to not be narky if Oliver wants to stay up for an extra couple of hours at three in the morning. It’s definitely not for me sometimes so it is just working that out.

Have there been any players you have looked to for advice?

Katy Daley McLean – She has been absolutely amazing. Katie was a sounding board when me and Tash were going through the whole process and deciding whether to go for it. She was the first person to know in the squad about the baby. Every now and then she checks in with me. I have to admit I was terrible with my phone before I had a baby, now I am a nightmare. The other day she sent us the Joe Wicks weaning book, just with a note saying we used this, and it was really useful. To have those people who have been through the process is invaluable.

Six Nations round the corner, is the triple the aim?

Our aim and our next challenge as a squad, putting aside the World Cup news, and what we are building to is to go out there and play Scotland in that first game and make sure we get the win. We always take one game at a time, let’s just concentrate on Scotland for the moment and go from there.

How did you feel as a group when you got the World Cup News?

I think it is different for different players, for the younger squad members it isn’t as a big a blow, whereas the more senior players, it probably sits a bit differently with us. People have text and checked in, but we actually got the news in camp, being in a hotel room on your own is quite tough because you haven’t got that social conversation going on. There are mixed emotions but what will be will be. Women’s rugby players are so good at adapting to what we can. We will reevaluate what we need to do and get ourselves in the best place for next year.

Six months in, what advice would you give to teammates or players that might be about to embark on parenting?

100% do it. If I knew what it felt like and how amazing I would feel I would have done it sooner. Obviously, you’ve got to make sure you are in the right relationship and everything like that, but he is just a bundle of joy. There’s so much more to life for me than just rugby these days. That smile he gives you when you come home from training and it is probably training that’s not gone your way, that is all forgotten about when you get home and you’ve got that smiling little boy. One thing is with Oliver he’s not a crying baby, so I think we have been lucky. Tash carried and gave birth and I think that’s the most amazing thing ever, take my hat off to her for that. 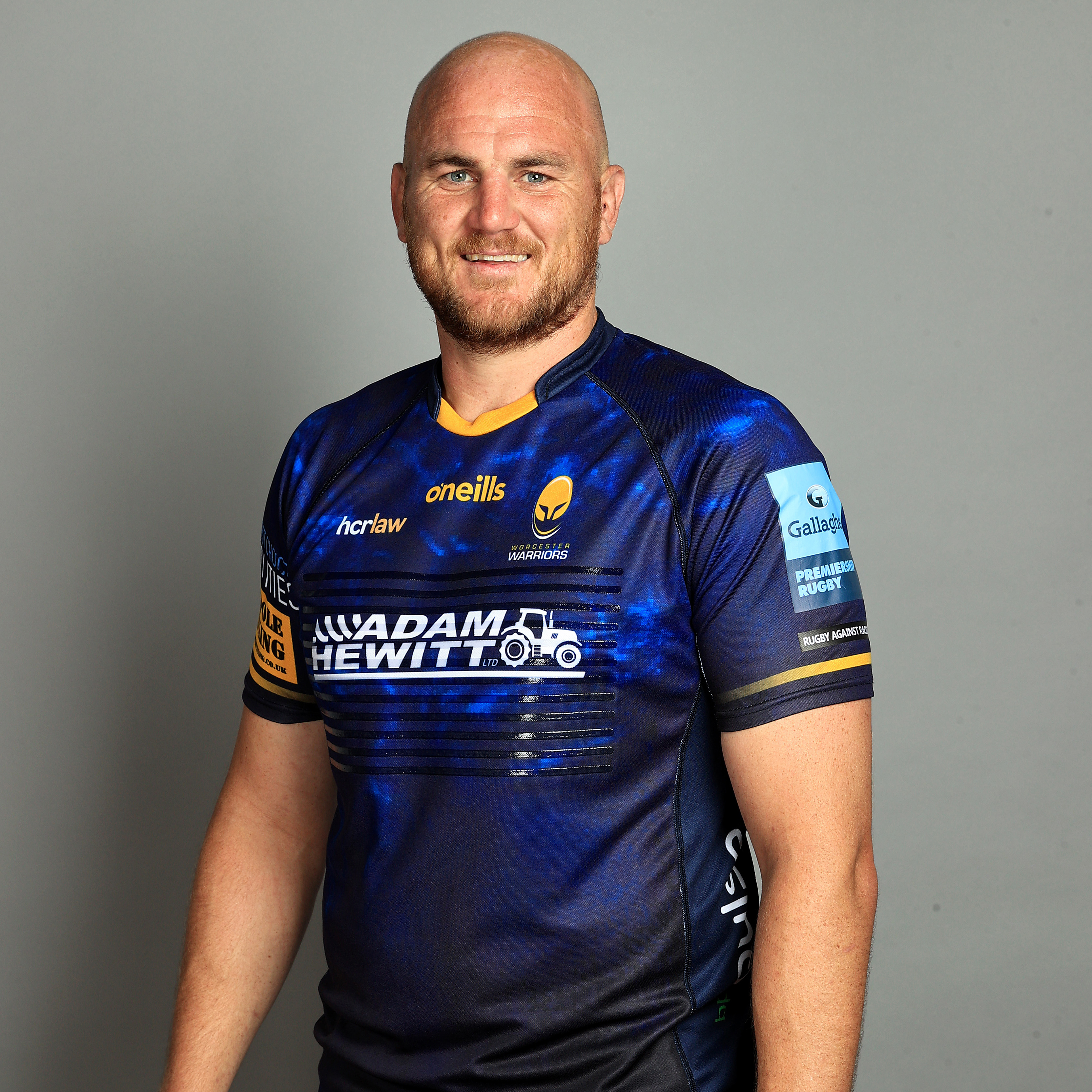 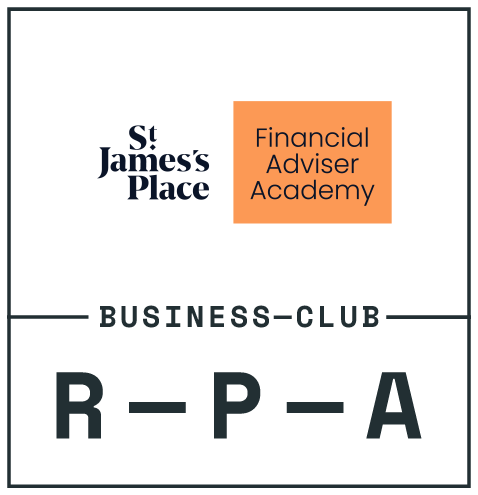 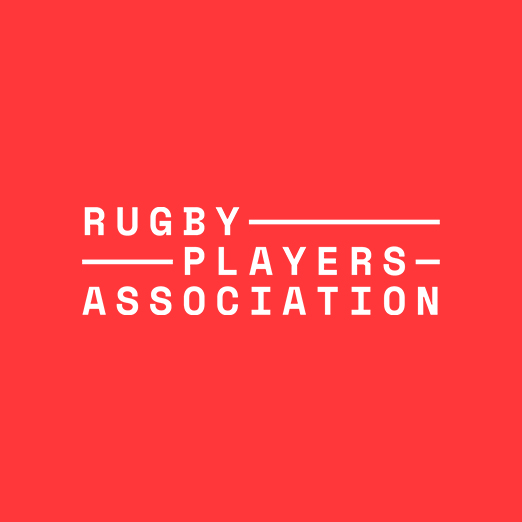