James Horwill: Where are they now? 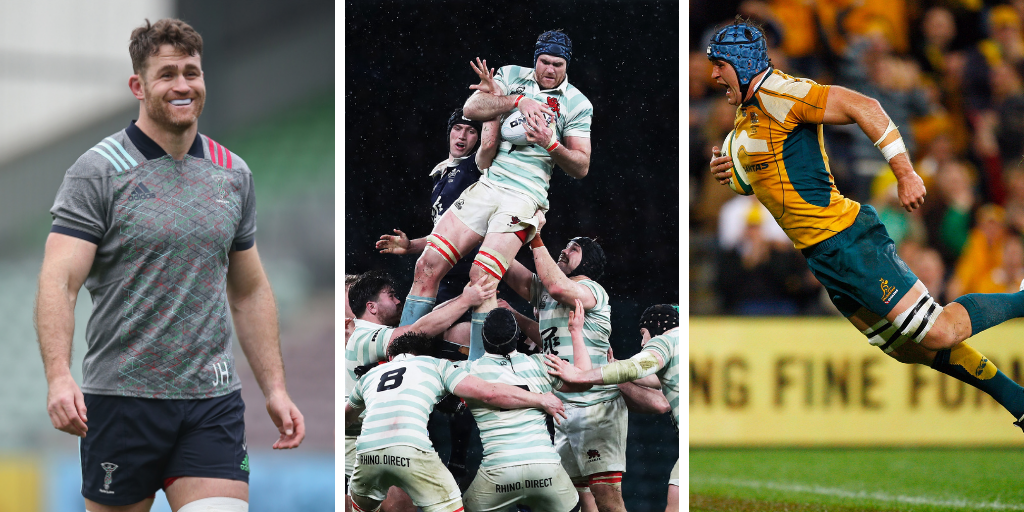 What made you decide to retire when you did?

When you think about retiring it is normally quite a scary subject because you know it is going to happen at some point. I think for me mentally I was at the point where I couldn’t keep giving what I wanted on the pitch and put performances out there that I was proud of. I didn’t want to be someone that hung on too long and I’d rather go out on my own. My body had started to creek a bit and I wasn’t playing as much.

I always remember when I was growing up, Wayne Bennett a famous rugby league coach said: “You are better to retire a year early than a year late,” and that always stuck with me. Whatever you do in professional sport, unfortunately there is a shelf life on it. I did not think I was doing myself, the team or anyone justice and it was better to move on to do something else.

Did you come to the decision on your own?

I certainly discussed it with my wife a lot and my immediate family, but I think it has to be an internal decision. It is something the individual has to be comfortable with and no one is going to be able to tell you that from the outside. People can give you advice, but the most important thing is that you have to be at peace with it yourself because then it makes the move to the next stage a bit easier. Whereas if you are making the decision to appease someone else there may still be that burning desire to continue playing.

In terms of the transition process, had you put anything in place?

In hindsight I probably didn’t put as much in place as I would have liked. I finished my degree in business and sports management, which is something I had started before I was a professional rugby player – it took me 16 years but I got there. That gave me something to work from. I had spoken to a lot of people about what to do next, including Jamie Roberts who was continuing his studies at Cambridge. I’d obviously heard great things about Cambridge University and decided to begin the application process. I had my final interview at the University about my spot for the MBA on the Friday and we played Wasps away the following day in the last game of the season, which was my final professional game. I didn’t take the team bus up, I drove my wife to Cambridge and took the interview then we drove onto Coventry. There were a lot of stages to the admission process, but to know I had been accepted on to the executive MBA at the Judge Business School was brilliant.

How has the transition been from rugby player to Cambridge student?

It has been interesting. There is no denying that it is tough. As a professional rugby player you get told what you need to do literally every second of the day, particularly when you are a touring side, everything is laid out for you, then it suddenly stops. I was lucky with what I was doing at the university and work wise, you get very busy, and you are able to get into a rhythm. There has been times when I have struggled, it is different. Professional sport is a very unique place to be, particularly rugby, there’s no doubt I do miss the team-based side of it, but when you are busy you find a way to get things done and move forward.

Cambridge MBA alongside your job?

I work for an accessory manufacturer and do a fair amount of strategy for them. All different times of the day and night. I am in a fairly unique situation, as it is a family business and technically I have been involved my whole life, but not full time until I finished. When I was kid I worked there in University holidays driving the fork lifts in the factory. I have been very lucky and it has really helped to support me through the degree. Particularly from a strategy – to have real world practice is invaluable.

Who have your key areas of support been?

Obviously my number one support is my wife and 2-year-old daughter who have been very supportive of the route I have chosen. That has been very important as we have been together a long time. It is quite a big change to our dynamic, from being away a lot to being at home a lot, particularly in the lockdown. I think she’d like me to go back on tour again at times! Particularly in the UK, we’ve spent more time together this last 12 months than we probably have our whole relationship.

I was lucky during the degree as I had another former professional rugby player Philip Van de Merwe, who played for South Africa for the Bulls, he just recently retired with Clermont and we connected prior to the degree. It’s been a big help to have someone who is in the same boat. It is important to try and stay connected to your friends and teammates because that is one of the bigger changes, not seeing your friends everyday. That can increase the feeling of isolation when you are so used to being in a team environment.

Would you recommend this route to others?

Definitely. It is certainly something I am very glad I have done. It is something that I have really enjoyed, it’s tough and the workload can be heavy, but it has certainly introduced me to a lot of things that I hadn’t been exposed to while being in the rugby bubble. I think the more you can expose yourself to the world and different ideas the better.

What would be your advice to players who are going through this transition and are looking to put things in place for the future?

Talk to as many people as you can, particularly if you are unsure of what you wanted to do or where you wanted to go. I would suggest speaking to people in different industries and different companies. At the moment it is quite hard to go in and see people, but I have found a lot of people have a lot more time via zoom to talk and answer your questions. One thing I have found is there are really no dumb questions. Often you go to these places and speak to these high-powered individuals and you want to sound smarter than you are but in the end people have gone through this before you and the more you can find out, the better position you will be in.

Plan as early possible. Put things in place for your future because you are the one that will benefit. The rugby community is a great place and there are a lot of people who want to help so I would take advantage of that.