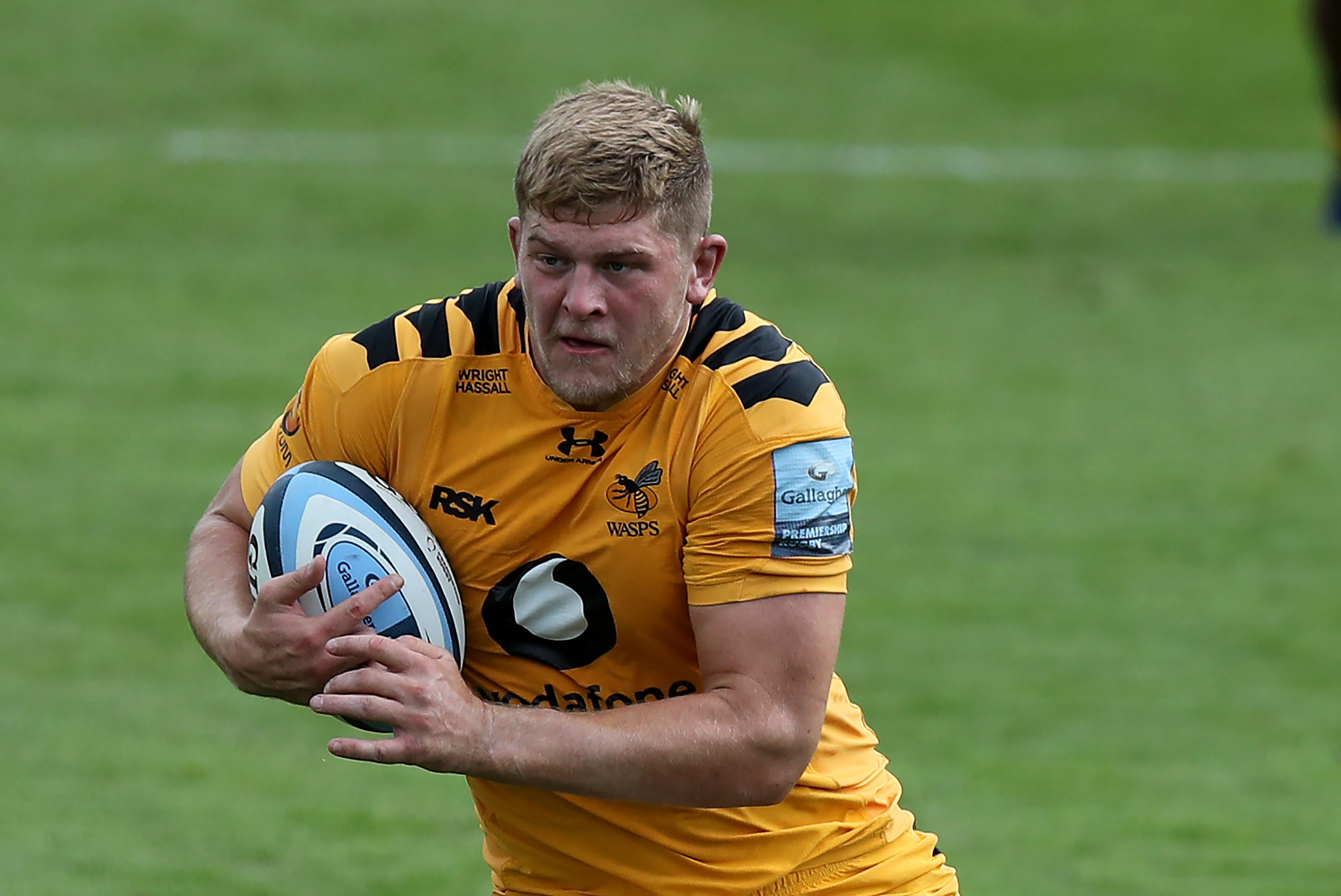 Wasps Rugby flanker Jack Willis has been crowned the RPA Vodafone Business Players' Player of the Year at this year's RPA Awards hosted virtually for the first time on rugby podcast The Good, The Bad and The Rugby  on Wednesday evening at 6pm.

The influential back-rower polled the most number of votes from his fellow professionals to claim the most prestigious award in the English game, capping off a phenomenal comeback season for Wasps Rugby.

The 23-year-old who was also nominated for the RPA's Young Player of the Year Award, follows in the footsteps of Gloucester fly-half Danny Cipriani and becomes one of the youngest recipients to win the coveted honour.

Coming back from a long-term injury at the beginning of the season, Willis has set the Gallagher Premiership alight. Topping the charts with a phenomenal 44 turnovers and nine tries to boot, the flanker's stats alone indicate just how much of an impact he has had on Wasps' Premiership resurgence.

Willis said: “It's an incredible honour to win this award and for it to be voted by all the players and teams that I've played against, and my peers, makes it even more special. It is something that I am extremely proud of and something later in life, post career, that will bring me enormous pride and be a highlight of my career." 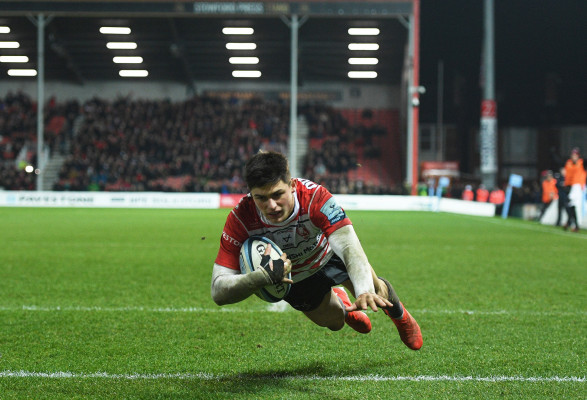 Meanwhile, Louis Rees-Zammit took the title of the Sanlam Young Player of the Year. The Gloucester speedster has been in scintillating form throughout the Premiership, scoring a plethora of tries and receiving a Welsh international call up in the process.

Rees-Zammit said: “It’s an honour to win it and I want to thank all the players who voted for me. It means a lot to me and my family because at the start of the season I did not expect this. It's been a bit of a shock to play in the Premiership and then all of a sudden to win this is amazing.”

The RPA Vodafone Business Players' Player of the Year

“A big focus for me was not to just come back (after my injury) and be the player I was. I thought it gave me an opportunity to come back and be a more physical player, so I definitely wouldn't change it and going through that was a good learning process. If Wasps can achieve what we want to achieve this season, hopefully I can sit back in off-season and take a couple of weeks to enjoy everything that has happened. You have 100% got to look back and enjoy it but equally there is that constant improvement you want to be making as a player."

The Sanlam Young Player of the Year

“It’s an honour to win it and I want to thank all the players who voted for me. It means a lot to me and my family because at the start of the season I did not expect this. It's been a bit of a shock to play in the premiership and then all of a sudden to win this is amazing. All I want to do is keep helping the team and keep scoring."

The Telegraph Women's Sport England Women's Player of the Year

“I am over the moon to win this, it's great to win an award but even better when you're teammates have been voting for you. Everything you do on the pitch is for those guys so it is really special. This is the first time I've had consistency in playing, I've been injured the last couple of years but this season I've really had the chance to make my mark."

England Men's Player of the Year

“Its a bit of a cliche but when you're playing with this calibre of players and you feel like you have their respect at some points is unbelievable and something you only dream about really. The World Cup was an unbelievable experience and one I will never forget, with incredible people, then the Six Nations and the club form Sale have been in. It has been a really challenging season, but one where I feel like I have developed and ultimately loved."

“It’s great to know the girls are backing me. It was a surprise to be honest as the girls that were nominated with me Ellie (Kildunne) and Abbie (Brown) are two phenomenal players who are a huge a part of the team and gel the team really well. So it was a bit of a surprise to me but it is a real honour.”

“It means so much to me, when I got the call and they told me I didnt believe it at first, it was amazing. With such a turbulent year with the 7s programme to get something like this is incredible. It means a lot to me that my teammates chose it, their opinion meant the most and that was incredibly rewarding. This year I have had more opportunities to play and have just been lucky enough to stay injury free and get the game time. ”

“It means a lot to me, its something I am really passionate about, so I'm very chuffed. Growing up with a disability, I feel I have a fire in my belly to go out and inspire other people, I had the idea of going into schools, because I am a really shy person, so I thought you know what I am going to push myself out of my comfort zone, go into a school and talk about my journey. After that first school talk I was hooked and loved the positive impact it was having. From then on I went into seven more deaf schools and spoke to kids about my journey and tried to inspire them where I can. To see deaf children now taking up rugby because of me is incredible to see. My message to the kids is be yourselves and don't shy away from what makes you different, embrace yourself.”

"I've been lucky. Lucky to play in a good team and been really well managed. I missed all the big injuries that might hurt you later on and then being 80 odd kilos helps staying out of the way of the big lads! I don't want to stop because obviously physically I feel able and mentally I am as keen as ever. The advice I've been given is don't retire while you feel you can contribute, so I want to go somewhere and contribute."

Tom Smith: "I think sometimes it takes adversity to make you understand who your friends are and how lucky you are. The RPA have been great, they are almost a silent institution that you may not necessarily call on throughout your career, but when I was in a pretty deep hole and life was looking pretty grim, the RPA, SRU and friends, Scotland colleagues have stepped up. To not have to worry about the stresses of daily life and just focus on recovering was hugely important. We had a couple of amazing dinners in London and it was nice because the kids came along and got to experience what the rugby family is all about."

Ethan Waller on his teammate Michael Fatialofa: "The way Fats has been through this entire situation has been nothing short of outstanding. He's done everything with a smile on his face and he continues to smash down every single obstacle in his way. I don't think there's anyone that's been more deserving of this award and I'm absolutely delighted to see it go to him."

"I am absolutely honoured. To be recognised by players is something that is really important, because whilst I am an old has-been, I am still a player at heart, I still think like a player, I still think I can play, but that's the great thing about our game."

On his late friend and England teammate Mike Slemen:

"Slem was an outstanding sportsmen, not only a rugby player, he was one of these guys who could pick up a tennis racket, cricket ball, you name it he was very, very good. A beautiful runner and a top bloke. He was a great man and a brilliant rugby player."