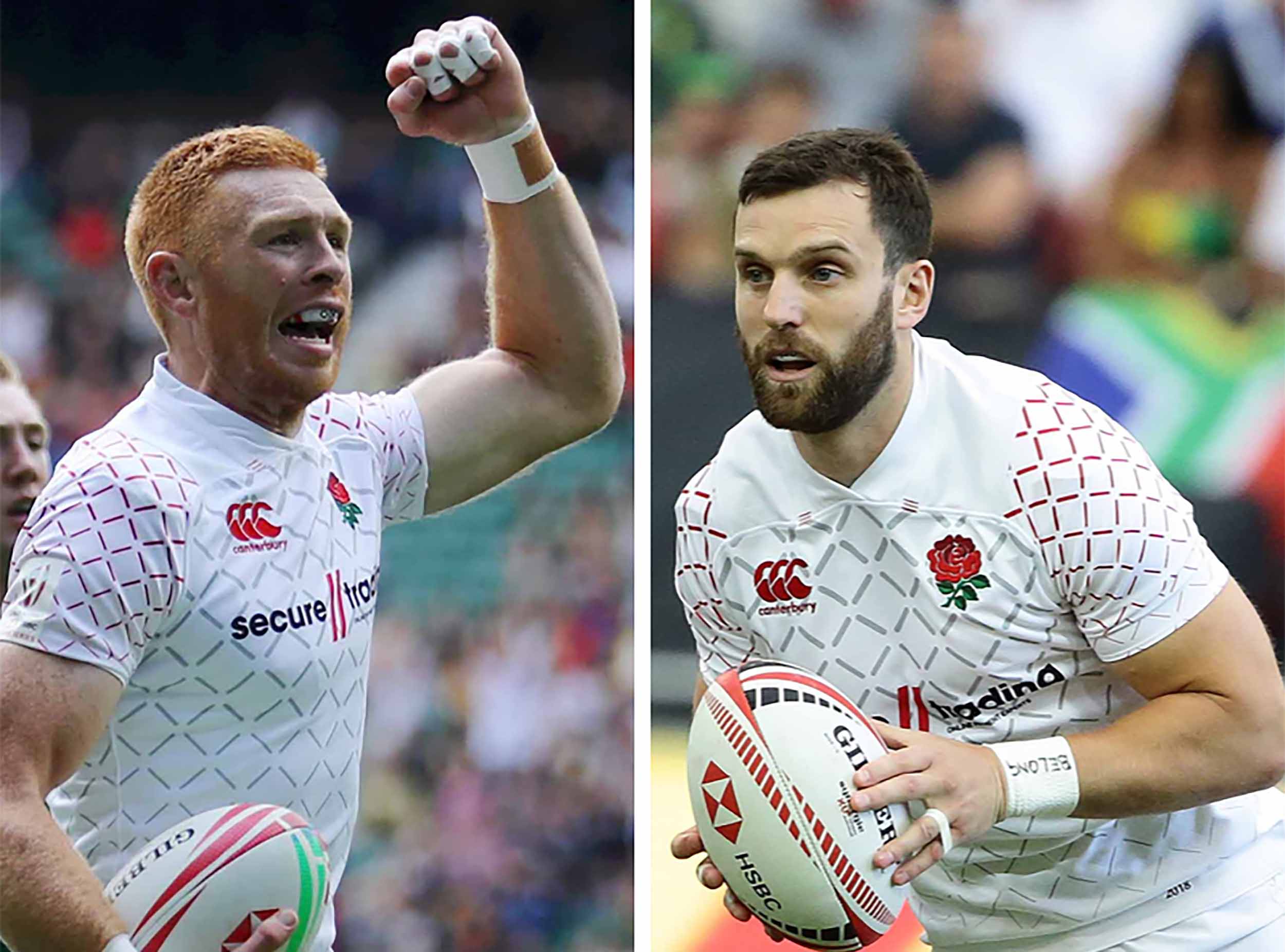 Fresh from being announced as full-time England 7s coaches, we sit down with James Rodwell and Charlie Hayter to learn more about their new roles.

You have both enjoyed successful playing careers for England 7s, at what point did you start exploring the idea of becoming a coach?

James: I had a chat with Simon Amor towards the end of last season about the upcoming series and my role within the programme. I knew my playing career was coming to an end and felt that the 2018/19 season would be my last as a player. Simon was brilliant and offered me the opportunity to continue in the programme for another season as a player-coach, focusing on aerials, kick offs and lineouts. It was the perfect opportunity for me to start building the relevant experience required and to pass on the knowledge I have gained throughout my playing career.

Charlie: Coaching is something I have always been interested in throughout my playing career. Like James, I had an honest conversation with Simon late in 2018, and he spoke openly about the changes they wanted to implement throughout the 7s programme. I still have a huge desire to continue playing but he offered me the opportunity to evolve my role as a player-coach. To have the opportunity to coach at the highest level of the game was something I couldn’t turn down and has proved to be an amazing step forward.

What was the best aspect of being a player-coach last season?

James: I enjoyed understanding how best to communicate my knowledge to the players in a way that will help them improve their game. I had a lot of conversations with Simon, picking his brains and learning how to express ideas and knowledge in a positive way. I guess the biggest change for me was having a desk in the office and finding the balance between being a player and a coach.

Charlie: It was hugely challenging, exciting and rewarding and was an enjoyable opportunity. As a coach you see a completely different side to the game than the players do, and the objectives shift from one goal to another. It was an outstanding opportunity for me to grow as a coach within a professional environment, communicate with the players on a completely different level and gain an insight into the game which is normally only seen by the coaches.

You have now been appointed as full-time England 7s coaches, can you explain what your role will be?

James: I’m excited by the opportunity to join the programme on a full-time basis. I owe a lot to Simon who has placed a huge amount of faith in me and given me the chance to remain fully involved with the programme. I will work with both the men and women players, with a focus on the kick-offs, the set pieces and the aerials. I am looking forward to concentrating fully on these skills, developing the young guys and girls coming through who have shown a lot of potential so far.

Charlie: I have been appointed the England Women’s 7s head coach, taking over from James Bailey who has done an outstanding job. Having had the opportunity this year to be a player-coach within programme and work alongside James with the women’s squad, I have valued his coaching experience, learning a lot from him. James has done an impressive job building the squad over the past three years. I hope to be able to continue the work he has started and further grow and develop the programme. While the last 12 months have been tricky for me with injury, the opportunity I’ve had from a coaching perspective has proved a new challenge and I can’t wait to start my role as head coach going into the 2019/20 season.

Are there any coaches who have inspired you?

James: Well I guess in my England 7s career we’ve only had five coaches my whole career. I’ve got full admiration for all of them and they have passed on different bits to me over the years which has been a massive help.  I am very thankful to Ben Ryan and Russell Earnshaw for bringing me into the 7s programme in the first place and giving me the opportunity to play at an international level but also to see how they do things. Simon came in with a very different approach and has been a huge mentor of mine over the years. He is a great person to learn from in terms of how he thinks about the game.

Charlie: Good question. We have been blessed to have played under some great coaches. Individuals who have empathy with the players, have a clear plan and vision of what they want to achieve and how they want to go about it. It’s hard for me to choose just one but the best coaches are the ones who understand players and know that we are just people trying to do our job.

What has been your fondest memory so far as an England 7s coach?

James: The Hong Kong 7s. I have so many great memories there as a player, so I was a little nervous about going there as a coach. But as always, it was an incredible experience, the atmosphere is huge and I enjoyed embracing the opportunity as a coach.

Charlie: Seeing both our squads qualify for the Tokyo Olympics was hugely inspiring. In particular the women as they’ve come on a huge journey these last few months. They’ve copped some tough results, but through a huge worth ethic and working hard for each other they have achieved a deserving reward.

If you would like to explore a future career as a coach please speak to your RPA Development Manager.