Being Me: Sam Stanley 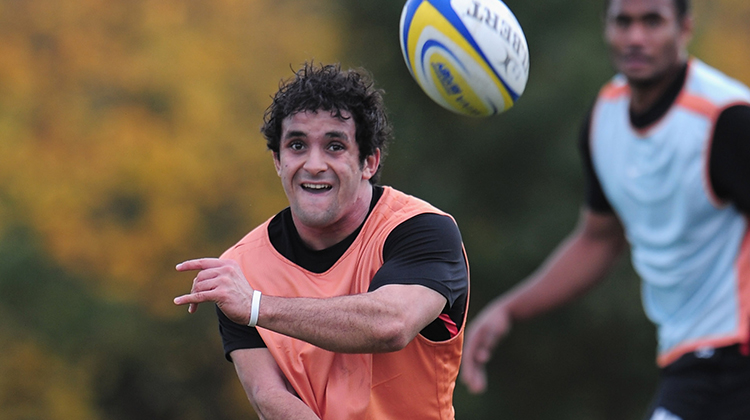 In 2015, Sam Stanley became the first English professional rugby player to come out as gay. Following on from his appearance in the 2018 Lift the Weight campaign, Sam speaks candidly about his journey to acceptance.

The most difficult thing about being gay was accepting myself. As Gareth Thomas and Keegan Hirst have alluded to, the challenge stemmed from thinking you can either be a rugby player or gay, but you can’t be both. Hiding it was hugely difficult but I had to do something for the sake of my mental wellbeing.

Often people would say things without thinking. There can be banter that’s not meant maliciously but to someone closeted and wanting to be themselves it can be very discouraging. It can make you go back into your shell. You don’t want your teammates finding out so the less time you spend with them, the less chance there is you’ll get asked about girlfriends and things like that. But one of my biggest regrets is not building and cementing the relationships I should have been making with teammates. I never really went out with them or socialised because I felt I had to live this lie all the time. It was my life.

I first made the decision to come out in 2012 and the first person I ever told was my mum. A year before I told her was a really dark time. I was injured too which didn’t help. Dealing with both led me to have suicidal thoughts and I almost did something. Looking back, I’m grateful I didn’t and hopefully now I can inspire other youngsters to be themselves.

I was worried what people would think but then I came to realisation that you only live once, so what’s the point in worrying about what other people are thinking of you. Be you. If people like it they do, if they don’t they don’t, you’ve just got to get past that initial fear of what people are going to think. Seeing the likes of Gareth and Keegan come out was really encouraging, particularly seeing the positive reaction. Having role models like that really did help me.

It’s so liberating being able to talk about it now. I’ve made huge steps forward from where I was five years ago. I’m in a position now where I’m happy, I’m living the life I want with no regrets and no lies. When I did come out the response was hugely positive.  I broadcasted a WhatsApp message to the people I wanted to know, teammates and friends, then I turned my phone off for a day or so. When I turned it back on all these messages of support flooded in. It was a massive relief.

The response from fans, particularly Saracens fans was positive, as it was from other sports stars. It’s been good to see that, but there’s still massive homophobia out there. That needs to be addressed. You want everyone to feel like they can be themselves but at the same time you can’t put the blinkers on because there are homophobes out there.

My advice to anybody struggling would be to find the support. It’s out there. All it takes is a message to someone like me, or Gareth or a support organisation like Stonewall. Don’t hide it to yourself. I know from experience how that can affect you mentally. You live once so you want to be open and be yourself.

For more important resources and advice please visit the Lift The Weight hub by clicking here.