James Simpson Daniel Where Are They Now? 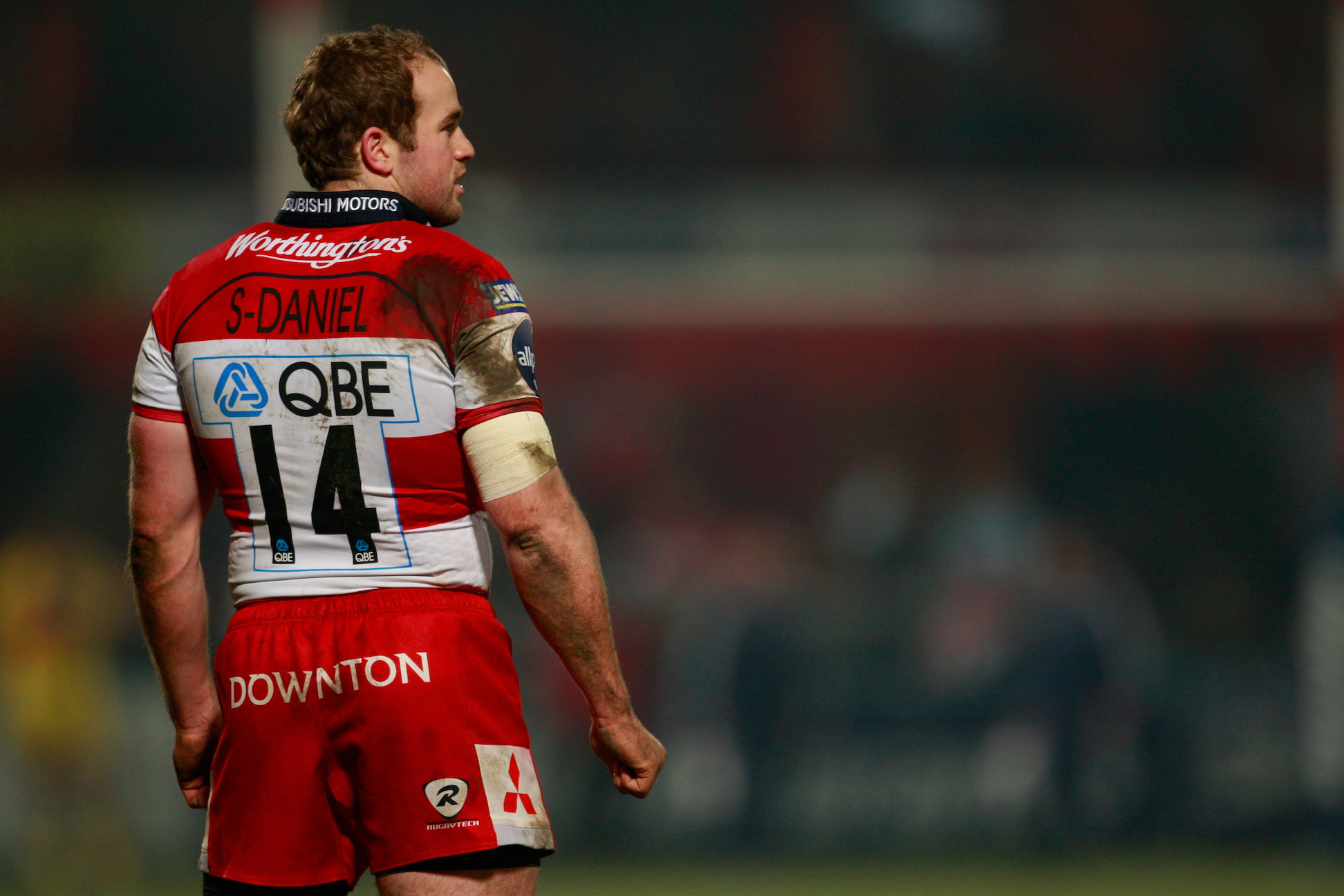 James Simpson Daniel – Where are they now?

Gloucester legend James Simpson-Daniel was forced to retire from rugby due to an ongoing ankle injury in 2014. The winger had been with the club since the age of 17. With the help of his teammates he made the transition into his second career.

What were the first steps that you took in terms of finding something new?

I got a shock when I did retire because I came home and you’re suddenly like ‘Right, there you go, well what do I do tomorrow?’ I was at boarding school, I literally left and drove straight to Gloucester when we broke up for summer holidays when I was 17 and started with Gloucester, and ever since then I was in this environment in which I knew my day-to-day routine. Then suddenly, literally 32 years old, it was ‘Right, what you know as your career is over, you’re on your own to make up your own day-to-day plan’.  Thankfully I had insurance, so I had a bit of time to not need a job. I spoke to a contact of mine who I had met through the club and it turned out his son was the founder of Fitzdares Bookmakers. I liked the idea of it, so that’s what I started doing straight after retiring.

What are you doing now?

For just over two years, I’ve been working in foreign exchange. I think the viewpoint for foreign exchange companies is that whilst we might not be young guys straight from university and hungry to go into business, we are experienced and have picked up a network list over the years from rugby. We are also hoping to bring some of our team skills into this type of environment.

What position do you currently hold?

I’m a Currency Consultant at Global reach. I work in a team that ultimately look after our clients, so that if they’ve got any big risk or foreign exchange exposure, we look to put in hedging strategies to help them with their risk. I must admit, it’s an industry that, when I was running up and down the wing, I never imagined I’d be doing this now for a living, but it works.  I’m still living in Cheltenham, where I lived when I was playing rugby.

How have you found transitioning into your second career?

Very different, and quite difficult to begin with. The biggest challenge for us is being able to just put a line underneath that part of your life, and some guys might find it a lot easier than others.  I certainly struggled for a while, I almost felt that I wanted to be completely away from rugby, and occasionally I’d go back in and do a bit of media for a game, but more often than not I just wanted to be away from everything that was lost, everything that was my career. The only thing I came to terms with, probably a couple of years after I retired, was ‘You know what, I won’t go down to Kingsholm’. I find it hard sitting in the stand, I don't particularly enjoy it, because it’s probably something engrained in you, that you’re so used to being out there. After a couple of years of being retired, that’s when I almost allowed myself to say ‘You know what, I’m not going to put a line through rugby for good, I’m enjoying doing business now, but I would definitely openly admit that I want to go back into rugby in the future, it’s just when that point is.

What would you say were your biggest support areas during your transition?

I think the thing that helped me the most is speaking to old teammates. Because I was involved in the 1st team when I was very young, a lot of my mates at the time would have been five, six, seven, eight years my senior, so the likes of Andy Gomarsall, Phil Vickery, Trevor Woodman, Terry Fanolua.  So what I did do is I leaned on a couple of those guys when I got my career ender I asked Trevor Woodman: ‘These feelings I’m going through, this kind of annoyance slash anger, a little bit of feeling down, is this normal or not?’  Had they said ‘No, this doesn’t feel normal to me, mate’, then I’d have probably gone and spoken to someone professionally about it, but I think, because they said ‘Yes, look, I went through that when I retired with my injury’ it reassured me, to the point whereby at least I knew where I stood mentally and this would change.  Over time your mindset does change, and you just get used to it and you get over it.

What sort of advice would you give to those players who have been forced to retire in terms of making that next step or finding something else?

Allow yourself to open up to other possibilities in life while you’re still playing rugby. Spend a couple of hours or a morning once a week to go and look at what is out there.  There’s so many people locally that support - for me it was Gloucester Rugby Club - but for other clubs, they’ll have other businesses around them, and they’d love to just have you, even if you’re being a fly on the wall in meeting rooms, just open yourself up.  I think you need to create routine, and whether that’s with a job, or whether that will just be your day-to-day work balance, something that gives you structure.

Then, ultimately you want to find something you can enjoy, because it’ll never be the same as rugby, and no matter how hard you try and compare it, it really won’t, it’s just different and you can enjoy it in a different way.  It’s finding something that gives you a little bit of self-satisfaction and enjoyment, and the biggest challenge is how do you find that.  Some people say they still don’t know, am I 100% sure?  Probably not, but you learn as you’re going along what you do and don’t like.